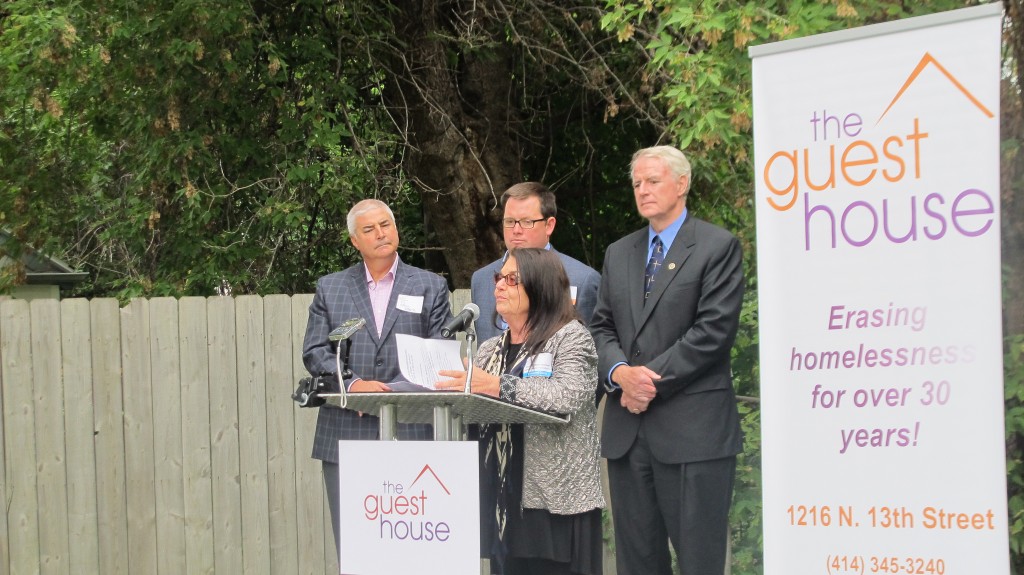 Eighty-six men live at the Guest House, a shelter for formerly homeless men, at 1216 N. 13th St. While they’re likely happy to have a roof over their heads, the windows are broken. The paint is chipping. The inside is crammed.

But change is coming. The Guest House of Milwaukee recently launched its Campaign for Hope and Dignity, an effort to raise $2.6 million to remodel the current Guest House facility and build an 8,000-square-foot addition. So far, $2 million has been raised.

“If you walked into the Guest House right now it is a place that needs a facelift; it is not a place of dignity,” said Cindy Krahenbuhl, executive director of the Guest House. “When we work with homeless people we are restoring their sense of dignity. So the fact that we will be upgrading the building and doing major renovations [means] we will have a place of dignity for them.” 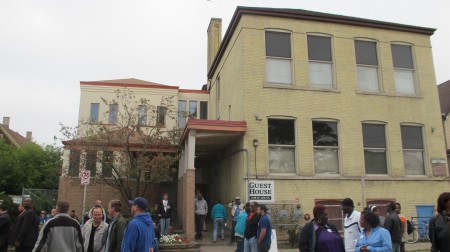 The building addition will allow the Guest House to expand its clinic, create a commercial kitchen and provide more space for storage, beds and meetings.

“Right now we have 60 beds squished in a small space. Now we will be providing more space to spread out the beds so it is not so crammed. More space is better and healthier for everyone,” said Anne Olson, the organization’s events and outreach manager.

Vetter Denk Architects and Berghammer Construction will manage the project.

At a recent groundbreaking ceremony for the building addition, the Guest House also dedicated a rainwater pavilion to water its urban garden. The pavilion is the first in the city under a new ordinance that allows urban garden structures on residential property, according to Olson.

Daniel Ruh, a recovering alcoholic who has been homeless since 2013, has worked to create and maintain the urban garden.

“The garden was a huge part of my recovery,” he said. “I’m really glad other guys will be able to get out here and garden. I hope it continues to help people.”

During the ceremony, the Zilber Family Foundation announced a donation of $500,000 to the campaign.

“We all have the ability to change lives,” said Marcy Zilber Jackson, president of the Zilber Family Foundation. “These men who have committed themselves to a future of hope and dignity influenced me and the foundation board to give a gift of great significance.”

Krahenbuhl explained that the donation “catapulted us to the point where we could break ground. It is truly amazing.”

The project is scheduled to be completed in May 2015.