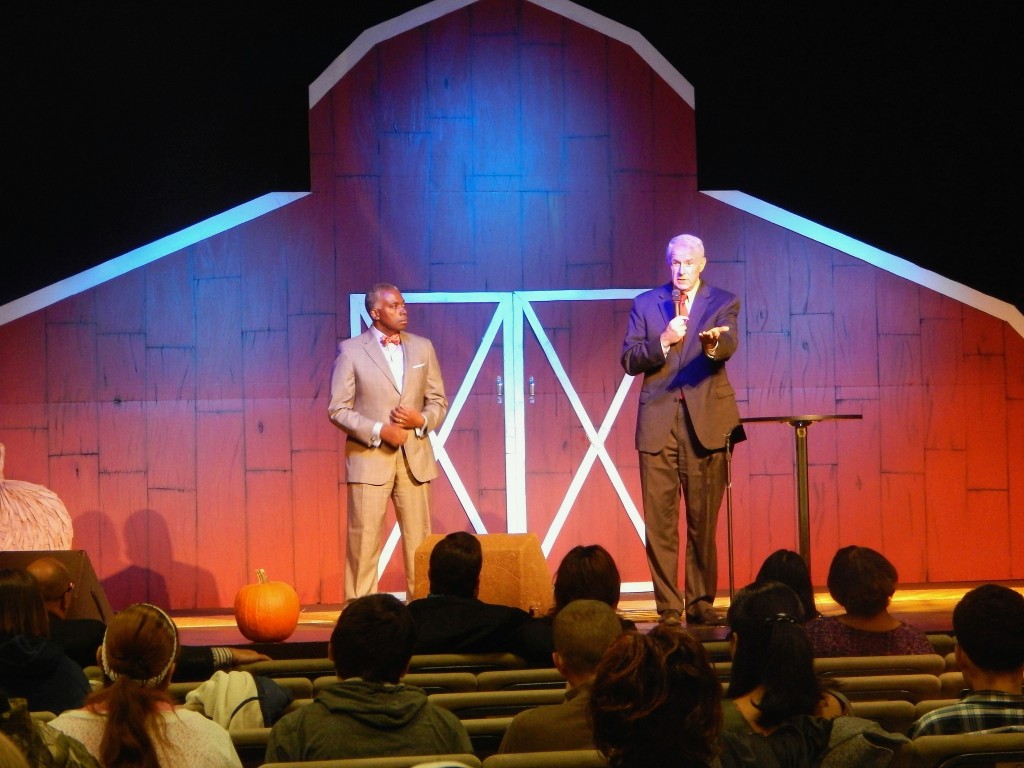 Clergy from more than 30 Milwaukee area churches pledged to speak to their congregations about infant mortality as part of Strong Baby Sabbath. Mayor Tom Barrett, who initiated the event, and Health Department Commissioner Bevan K. Baker also visited churches to raise awareness about the issue.

Health department spokesperson Sarah DeRoo pointed out that the department can only reach patients who come into the city’s clinics. “The mayor can reach a greater population, but it is the faith leaders of the churches and communities that can bring more awareness to citizens,” she said.

The mayor urged women of childbearing age to eat healthy food, stop smoking and take care of themselves. He pointed out that the period between the birth of a woman’s first and second child is a critical period for her own health.

“This is where the community can step in and bring dinner or tell her to take a few hours to herself and you watch the baby,” Barrett told the congregation at Faith Builders, 4901 S. Howell Ave. 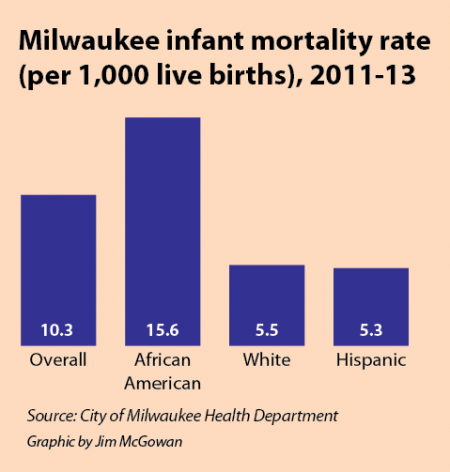 The name “Strong Baby Sabbath” replaced “Safe Sleep Sabbath,” this year, as organizers placed greater emphasis on premature births. “We had focused a lot on unsafe sleeping. But what nobody every really hears about is the number one cause, which is premature births,” said DeRoo.

“Prematurity can be prevented through community-wide actions such as ensuring accessible, high-quality prenatal care, eliminating smoking during pregnancy, improving health and reducing chronic stress for all girls and women of childbearing age,” Baker said.

Preliminary data shows that 117 Milwaukee infants died before their first birthday in 2013, according to the Milwaukee Health Department.

Nearly 60 percent of all infant deaths are a result of complications from premature births, and half of the sleep-related deaths were infants born prematurely. Prematurity is a significant risk factor for Sudden Infant Death Syndrome, which strikes seemingly healthy babies, and accidental suffocation.

“I want us to be a strong, healthy, growing city. As we look at the infant mortality rate of the city, I know we can do better. I know we can reduce the number,” said Barrett. “These are the two most preventable types of infant mortality. So I want to be able to engage people in the community to be allies with us.”

“I like what he said about women of child-bearing age, because women get pregnant and they start taking vitamins and such, but women need to start taking care of themselves long before this,” said Crystal Morrow-Pritchard, a registered nurse and health liaison for Faith Builders. She added that people trust nurses and hospital for information about healthy babies, but faith communities are also a trusted source of information.

Morrow-Pritchard said she is planning to set up a program to educate women and couples of childbearing age about healthy practices to ensure healthy future pregnancies.

“We are going to … explain to women how to be healthy before, during and after pregnancy,” she said.

The three-year rate for Hispanics is at an all-time low of 5.3, while the rate for whites is 5.5, and African Americans is 15.6.