You are here: Home / Posts from Community / Local store owner says “No” to tobacco products
Share this... 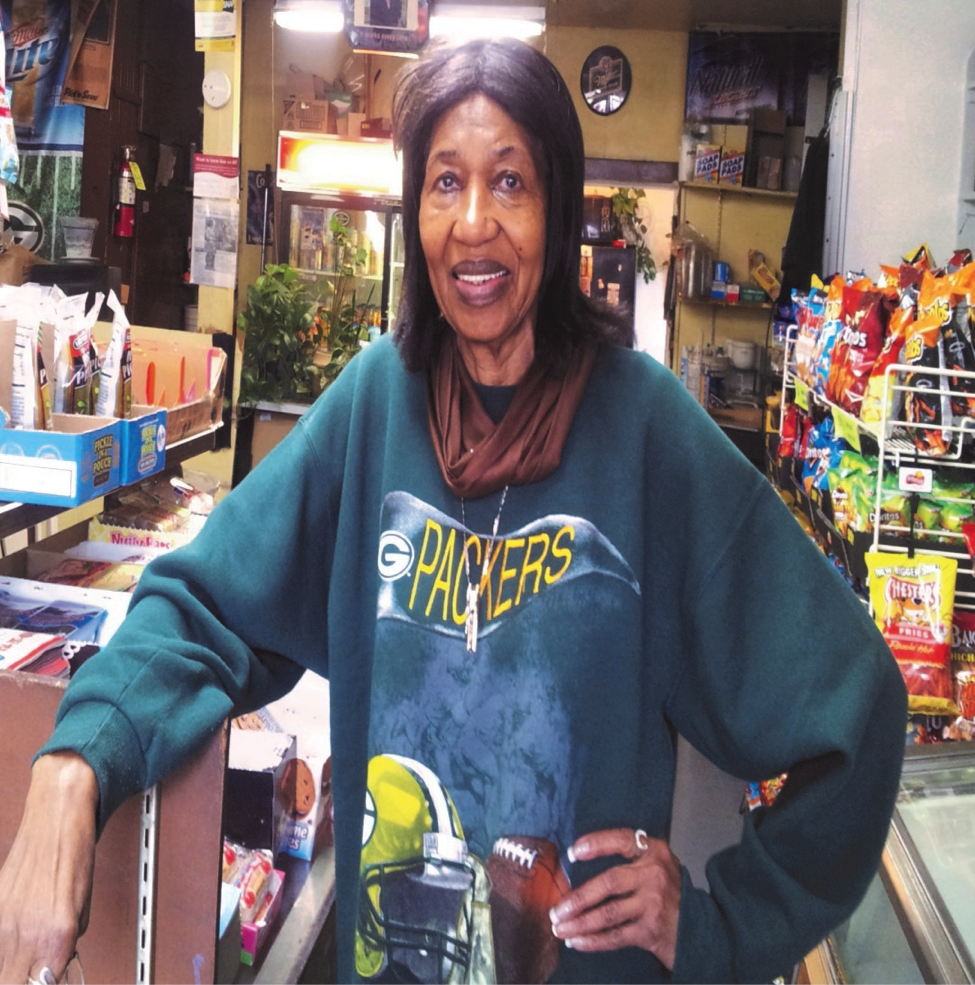 Before CVS, there was the Atkinson Food Mart, at 3825 N. 15th St. Earlier this year, the decision by CVS to cease sales of tobacco-products made national news, and the company was celebrated as a trailblazer. But, they were actually following a path set by Atkinson Food Mart owner Rosie Coggs more than 49 years ago, when her small Arlington Heights store opened its doors for the first time.

“I don’t like tobacco products because I don’t use them,” Coggs said.

And while you’ll find advertisement signs for Cheetos, hot pickles and even cold beer in the store you won’t find an ad featuring the latest sale price for a pack of Menthol Newports.

It was during an “environmental scan,” an activity conducted by teen members of the Wisconsin African American Tobacco Prevention Network (WAATPN) FACT group, that the youth walked into Cogg’s conventional looking corner store and realized that there were no tobacco advertisements, something they saw a lot of during their other visits to local businesses.

Coggs, who will be honored by the WAATPN on Saturday Dec. 20, at St. Mark A.M.E. Church, said she warns kids not to smoke.

“I tell them don’t start because it’s very addictive and hard to quit,” Coggs said.

Coggs is right. In Wisconsin, 37 percent of African Americans smoke, and most started as teens. If more stores were like the Atkinson Food Mart or even CVS, perhaps those numbers could drop.