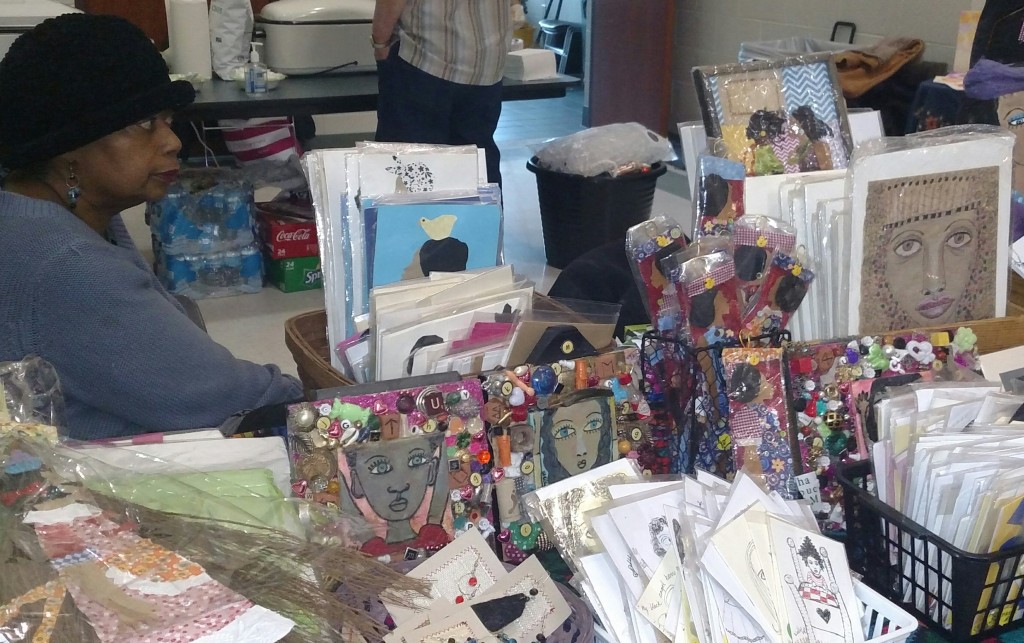 Christmas music greeted guests and vendors as they entered the fourth annual Last Ditch Effort market at the Milwaukee County Housing Authority, which offered gifts from more than 35 artists and businesses. Angela Smith, who organized the market, greeted guests and hugged friends from her booth near the entrance.

“It’s a little secret no one knows has been happening for four years!” said Smith, referring to the market. 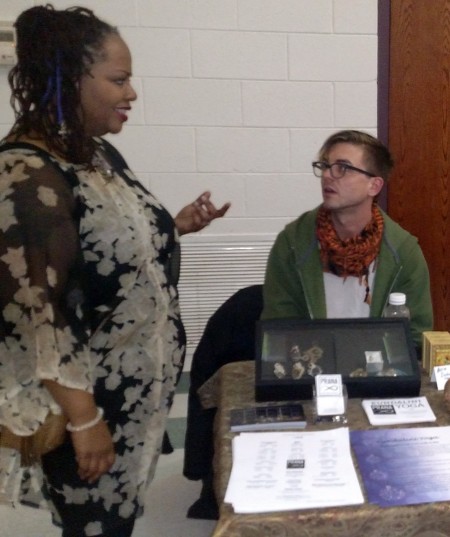 Smith, who owns Zen Dragonfly and specializes in hat making, said she was thrilled about the event, which she spent six months organizing. Wares included homemade ginger juices and little pins made from kimono silk. Each vendor offered unusual gifts for last-minute holiday shoppers.

Della Wells, a well-known visual artist who has exhibited at the Milwaukee Art Museum and across the U.S., offered a variety of unique dolls and artwork at the market. Wells said she was new to the market. She added that markets such as LDE help people understand what artists do, and offer a place for people to see and purchase the work of local talent.

The Prana Wellness on Wells booth was manned by Nick Sweet, a Thai massage therapist, and Jeffrey Montoya, a Reiki master and spiritual guide. The stand offered information about yoga and Reiki, a Japanese-inspired technique for stress relief and relaxation through natural healing.

Sweeds and Montoya said one thing most vendors had in common was their relationship to Smith. Many said they participated in the event because of her.

“It’s not about me… I’m just happy to have it happen. And end,” Smith joked.

Smith decided to organize the first market after applying for shows and being rejected. The fourth LDE event boasted the largest number of vendors since the event began. She said that next year the market might need a bigger space.

“I will keep doing this event until I don’t want to, or until I leave the country,” Smith said, smiling.