You are here: Home / Home / Carousel / Daddy/daughter dance sells out to more than 800 families
Share this... 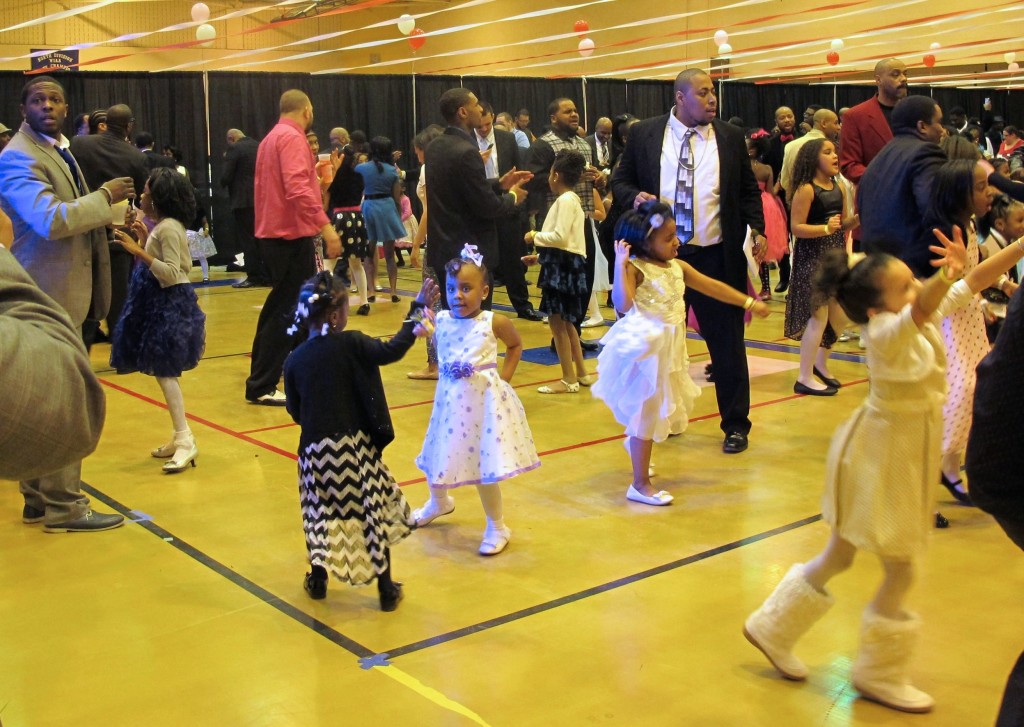 James Hamilton stood in line with his daughter Nalani, 5, as they waited to have their picture taken at their first daddy/daughter dance. Nalani held a rose she was given when she arrived, and danced to the music while she held her father’s hand, patiently awaiting their turn. 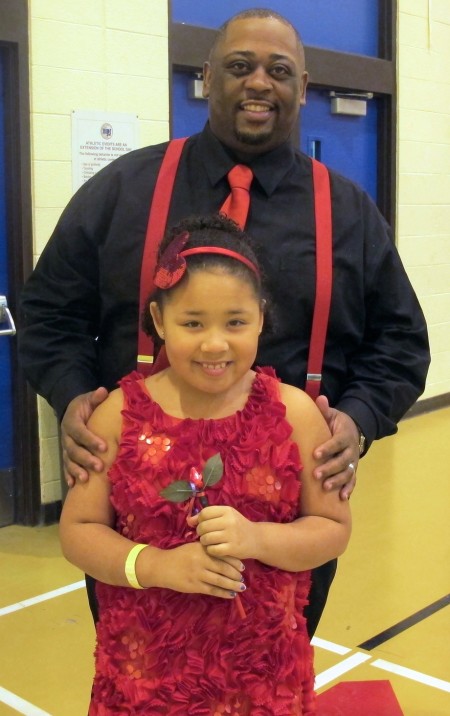 Percy Eddie, recreation supervisor for Milwaukee Recreation’s Region 3, emceed the dance. “An event like this gives the daughter a chance to see her father in a different light,” Eddie said. “They have that tender moment where they dance, they’re having fun and I think those dads and daughters spending time together is a great opportunity for growth in their relationship.”

Fathers need to spend time with their daughters, Eddie added, since in most cases the mom is spending the majority of the time with the kids.

The gymnasium, divided into a dance floor and dining area, was strewn with red and white ribbons across the ceiling and matching balloons around the room. Several photographers were stationed inside and outside of the gym throughout the night for families to take photos.

Eric Andrews and his daughter Amaya, 8, were also first-time visitors to the dance. Amaya was dressed in a red ruffled dress with a matching red headband and her father was dressed in black with a red tie and suspenders to complement Amaya’s outfit. Andrews, an attorney, said he learned about the dance from Judge Derek Mosley.

“I got in late last year so I didn’t get to make it, but I’m glad I made it this year,” Andrews said. He also said an event like a daddy/daughter dance has a positive effect on a father’s relationship with his daughter.

“The dad is the first man a daughter loves so it’s important to build that relationship and that’s why I’m here.”

Added Amaya, “I’m looking forward to being with my dad. He’s a good dancer.”

Throughout the night, fathers and daughters danced to a variety of songs by artists including Bruno Mars, Katy Perry, R. Kelly and Luther Vandross. A traditional daddy/daughter sing-off pitted the fathers, who sang “My Girl” by the Temptations, against the daughters, who sang “Let It Go” from the Disney movie Frozen. The daughters took the crown.

Lewis Lee, a third-time visitor to the dance who works for the Milwaukee Fatherhood Initiative, brought his 19-year-old daughter to the dance for her first time. Lee, who has three daughters, said he brings them to the dance to counter what they hear about fathers.

“They see that black men are not spending time with their kids and they don’t see us unified or coming together with our kids,” Lee said. “I think it’s important for my daughters to see fathers in that light so every year if I don’t bring all of my daughters I’ll at least bring one of them.”