You are here: Home / Posts from Community / Milwaukee teens inspired by “Selma”
Share this... 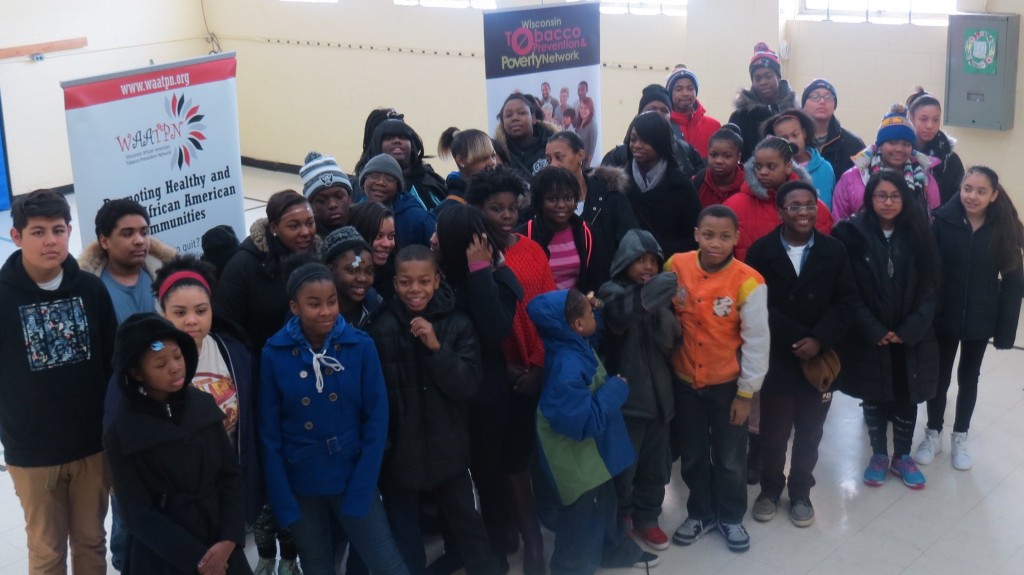 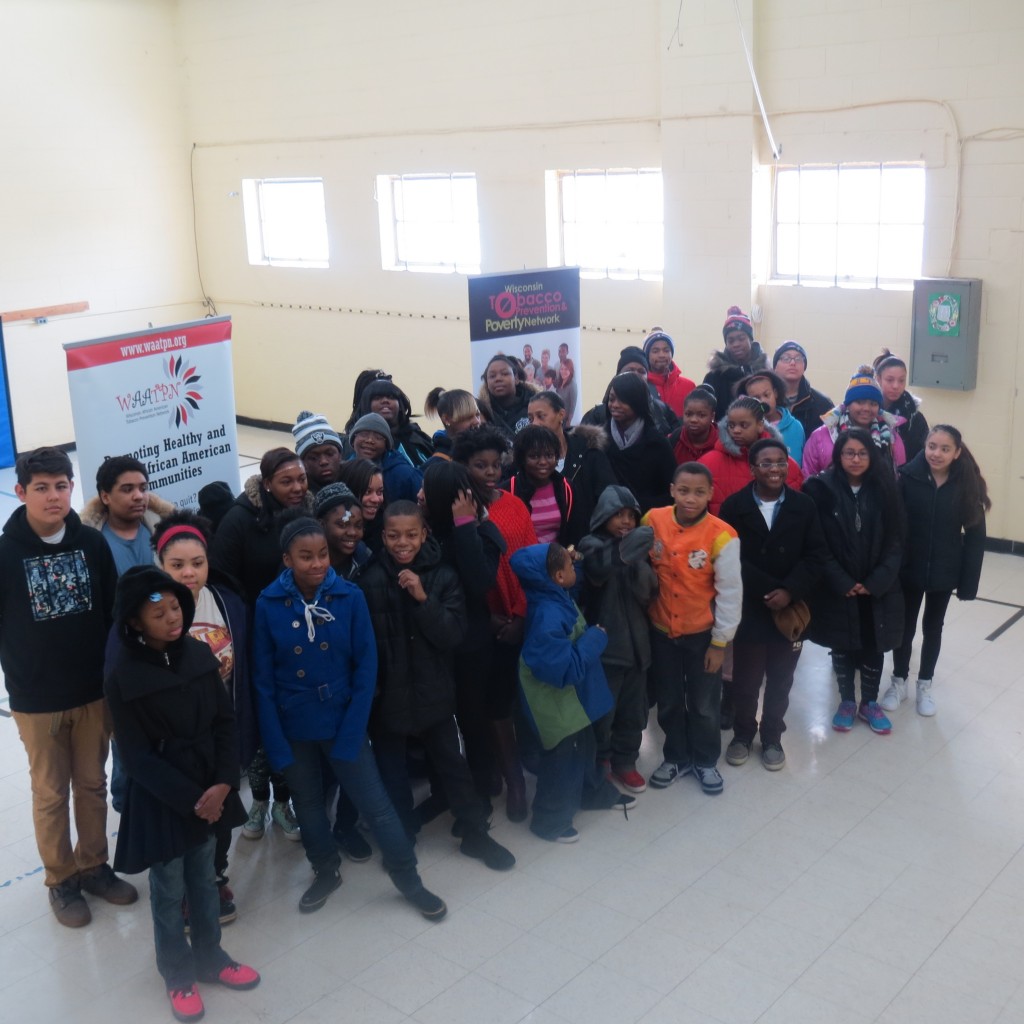 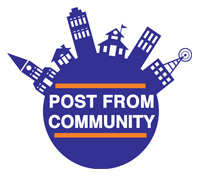 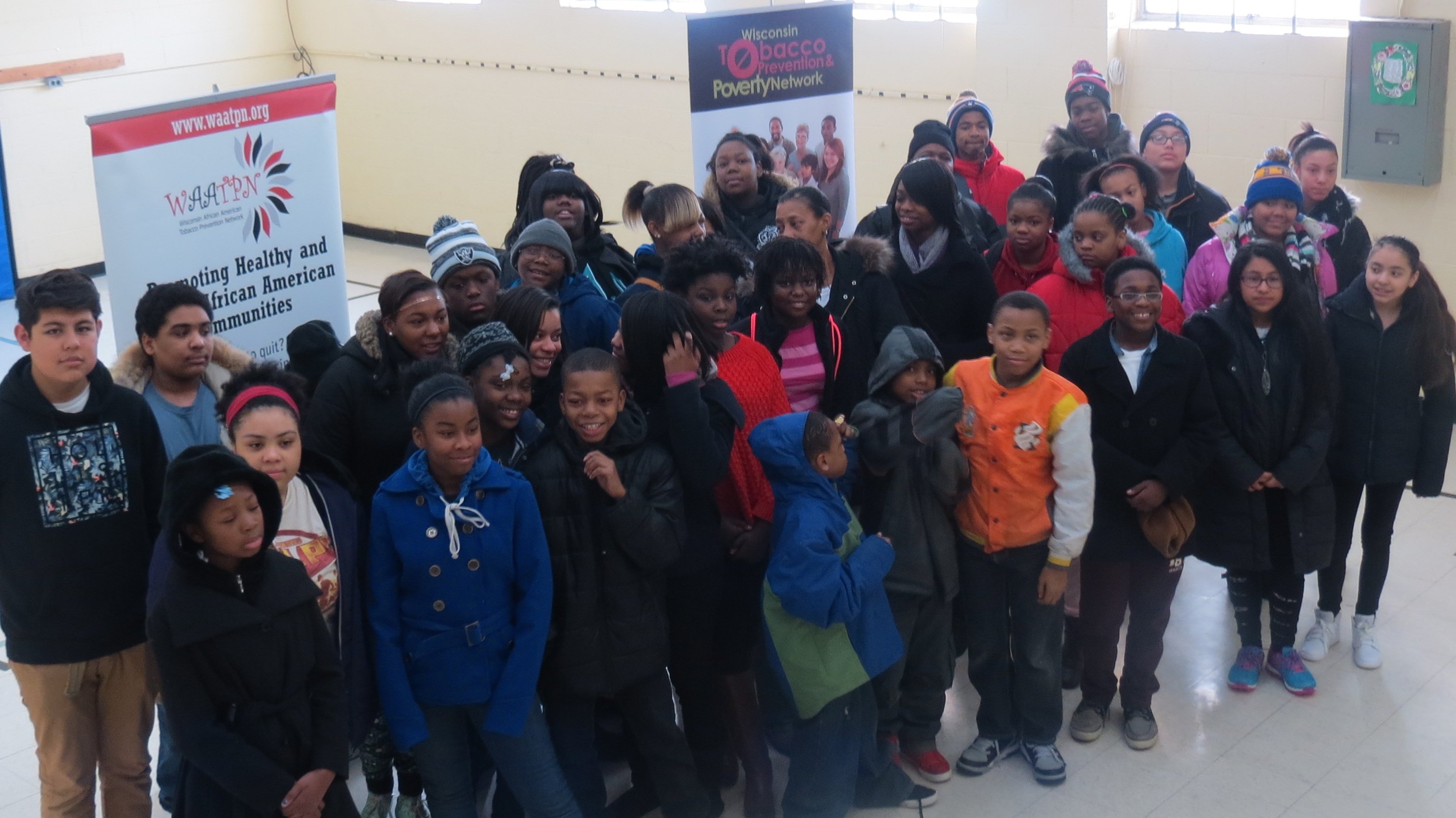 A group of FACT teens from Milwaukee, along with youth from the Arlington Heights neighborhood, poses for a group picture at the Quality of Life Center, 1530 W. Atkinson Ave., before boarding a bus to see the movie “Selma.”

When Richard Lewis and his wife Lori Lewis raised $41,000 to send 6,000 kids to see “Selma,” the film that relives events tied to the Martin Luther King Jr. led civil rights movement, they hoped youth would appreciate the struggles older generations overcame. The reminders were especially important considering that February is Black History Month.

“The teens needed to see the work that went into them getting across that bridge,” Lewis said, referring to the Edmund Pettus Bridge activists crossed in 1965 during the historic march from Selma to Montgomery.

“They went through so much; they got insulted, beat up and knocked down…even shot,” said Christopher Richardson, a member of Wisconsin African American Tobacco Prevention Network (WAATPN) FACT, a youth led tobacco-prevention group. Richardson and other FACT advocates were treated to a private screening of the movie recently, a result of the Lewis’s fundraising efforts. The outing also included pizza party/talkback session.

FACT members are trained to be leaders and advocates that take action by educating other teens about the harmful effects of tobacco. There are an estimated 5,000 FACT members in Wisconsin.

“I got involved because I wanted to be part of movement to stop teens from using tobacco,” said Sherrie Foster, a member of the WTPPN FACT group.

There is anecdotal evidence that their movement is having an impact in the state. Currently, 11 percent of Wisconsin teens smoke, a rate that has declined in recent years. Still, sales of tobacco to underage teens in the state are increasing and 42 percent of teens smokers are using dangerous menthol, fruit and candy flavored tobacco products, referred to by tobacco prevention advocates as Other Tobacco Products (OTPs). Wisconsin teens are also using E-cigarettes at a higher clip than the national average. It’s all evidence that more work needs to be done to cross that bridge.

But, as the teen learned from the movie, making change does not come easy. After the screening, an emotional discussion about the movie took place.

They said they noticed the horrible mistreatment of African Americans in the film.
Gross also asked the youth if parts of the film made them sad.

“It made me sad to know that people are still being treated in the same way,” said Raul Rojo, a member of the WHLTPN FACT group and student at Dominican High School.

But, Rojo, who like most of the teens hadn’t seen the film prior to the outing, said that one thing about the film that made him happy was that a youth led movement, in this case led the Student Nonviolent Coordinating Committee (SNCC), played a major role in Civil Rights movement in Selma.

Lorraine Lathen, Director of the Lovell Johnson Quality of Life Center, and an event organizer, said she wanted FACT teens to realize that they too held the power to influence a social movement — In their case — tobacco prevention.

Foster and other FACT teens, like SNCC in “Selma,” are helping to lead a movement that will change the social fabric of communities. They want to curtail the practice of tobacco products being heavily marketed to teens in low income communities of color and more support for those who smoke.

“I want to help teens that are using tobacco change their minds and stop,” Foster said.