You are here: Home / Community Voices / No jobs, no peace
Share this... 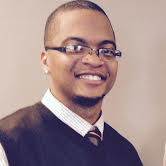 Over Easter weekend, the city of Milwaukee saw seven shootings occur, with five of them within a two-hour period on Saturday, April 4, alone. There was another homicide early Monday morning, April 6. Unfortunately, as the weather warms, so does the firepower within Milwaukee’s inner cities. I had the opportunity to work beside 1st District Alderman Ashanti Hamilton in creating a resolution to declare the month of May as Violence Prevention Month; however, we are headed in the wrong direction leading up to May.

In the resolution, Alderman Hamilton said that “we cannot police our way out of this.” I vehemently agree with the alderman’s statement and believe we need to transfer our efforts more towards prevention instead of intervention.

A recent poll from CBS News deemed Milwaukee the second poorest city in the nation, only behind Detroit. Over 50 percent of African American men in Milwaukee are unemployed and the statewide black-white income gap is the largest in the nation. People in the city of Milwaukee are in need of jobs now and, until this changes, we are going to continue seeing this increasing trend of violence in our communities.

It is a proven fact that as the level of poverty increases so does the level of violence. Why? Simple. If you throw a piece of candy on the ground and tell 20 children to go after that one piece of candy, needless to say, you are going to see a dangerous pursuit until someone gets the candy. This also holds true for the inner city, in that there is a complete lack of resources and opportunities, so many resort to crime as an alternative solution to financial deprivation.

Our parents and grandparents lived in an era of manufacturing and industrialization. Factories like A.O. Smith and Briggs & Stratton were among the largest suppliers of jobs for people of color. Many of us have grandparents who live in the same houses to this day that were purchased during that time because the wages for those positions were sufficient to purchase homes. With that industry now being shipped overseas to third world countries, and with no viable replacements, what you have now is chaos and turmoil. Most who live in the well-to-do neighborhoods have never had to live in this precarious environment and cannot empathize, which leads to many assuming those who do are “lazy and unmotivated”.

Now, I am by no means condoning the behaviors of the perpetrators involved in the incidents, but it’s easy for many of us on the outside to judge harshly without looking objectively through the eyes of anger and desperation. What can you really expect someone to do when they feel like they’re down on their luck? During the Great Depression, many business owners felt the effects of the stock market crash and plummeted to their own deaths.

Unfortunately, this constant occurrence of financial deprivation has continued within the inner city communities for decades. The only difference is: instead of taking their own lives, they decide to take someone else’s who may appear to be in a better financial state.

With all respect to the Milwaukee Bucks, what this city needs now more than ever is to work hard in ensuring all people have a viable chance to make a buck and provide for their families, not another arena. Until we decide to focus on changing the landscape of employment, we can expect to see more violence in the near future.