You are here: Home / Community Voices / A world without police: a rebuttal
Share this... 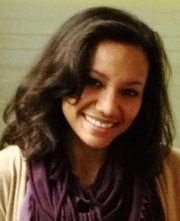 August Marie Ball, a youth program manager for a national non-profit that engages Milwaukee City youth in environmental conservation efforts, strongly questions the idea of a “world without police.”

The article laments that communities would be better off policing themselves as police “rarely meet our needs” and “don’t prevent future harm.”

As a progressive woman of color, and the surviving daughter of an unsolved murder victim, I understand the historical and personal basis of these beliefs all too well. In fact, there was a time in my young adult life when I shared many of these exact beliefs. But funny things happen when we allow ourselves to venture past the comforts of our yes-men. When we shuffle past the blind cheerleaders, who will “like” and share our social media rants due to a provocative title, without so much as bothering to actually read them.

By no means am I implying that a desire for social justice is a fad that one simply outgrows. What I assert however is that those of us who make real attempts at allowing ourselves to be uncomfortable, by engaging in dialogue with those who think differently than us and approach disagreements from a place of seeking to understand versus seeking to be heard, gain maturity and create the real magic of community.

Of course it would be great to live in a world that didn’t need police. As a youth advocate with over a decade of experience in Milwaukee, I believe in the power of restorative justice and the mantra that “it takes a village.”

The message was clear: Police cause crime. Police destroy families. Police exploit and oppress the disenfranchised.

While I believe the writer intended to be thoughtful, the article to me, came off lazy and riddled with white privilege.

What frustrated me most about the article was not the ideas presented, but rather the lack thereof. The article (which was removed from JSOnline after the writer received violent threats) was full of buzzwords, but absolutely no plan.

I wondered who the “us” was that the writer referred to in the article. Certainly not the numerous senior citizens of color who at one point purchased a beautiful home in a vibrant neighborhood that is now crime-ridden, and are happy to see patrol cars create inconveniences for would-be burglars. I wondered how the writer measured “failure to prevent future harm” while simultaneously citing a “falling violent and property crime” rate as rationale for not needing police.

Even if such claims were true (which they’re not), we can fairly assume they are not due to citizens all of a sudden deciding to be kind to each other. Crime is cyclical. Thanks to new restrictions on high-speed pursuits, burglaries are slightly down, vehicle theft and drug trafficking is significantly up.

In comparing Milwaukee Police District statistics from January-April 2014 to January-April 2015, the homicide rate has tripled: 35 cases compared to last year’s 11. In a society where most of the people affected by crimes are already economically disadvantaged, I would imagine the 1,327 Milwaukeeans who were victims of vehicle theft in the past four months alone (including a colleague of mine who was shot in the head by a car-jacker last year) wouldn’t blame police for the “hampering” of their “economic mobility.”

What is also important to note is that the article’s accusations are not limited to Milwaukee police, but law enforcement nationwide. No one is capable of being everything to everyone at every time. We know this. Yet, we expect our police to be the perfection of EMT, animal control, marriage and AODA counselors, teachers, taxi drivers, mental health professionals, sexual assault advocates, community liaisons, social workers, and, oh yeah, law enforcers all while wearing a smile and never allowing the stress of their job to show.

If this is what we expect from our police force, we’re going to be let down. If the intention is to build a stronger community, an acknowledgement that we need a variety of professionals (with appropriate education in the aforementioned fields) to help address our societal ills and “help victims heal” would have been a good place to start.

The blog post professes that “we have the power to reduce the role of police in our own individual lives.” There is no mention of what a gun-law reformist like me is supposed to do when a bullet goes flying through my window and the expectation is that I too do not notify the police.

Would it be better to have mob rule and vigilantes running our society than to maintain order systematically and risk the 5-10 incidents nationwide of abuse of police power?

I love the idea of self-policing communities; in certain situations it does truly work. However, community self-policing and restorative justice don’t take into account how to handle drug rings and human trafficking, violent threats or heinous crimes by individuals who do not belong to that particular community. As a person of color, I can only imagine how long it would take for slavery to reinstate itself without protection from laws and those who enforce them.

Saying we can protect ourselves with no need ever for police intervention reeks of naïveté and privilege and is no different than saying we can do away with affirmative action and equal rights laws because we will all just love each other and anyone who isn’t a part of our love circle will just be exiled to someone else’s community.

The world just doesn’t work that way. It’s not enough to simply hold those in positions of authority to a higher moral standard. To achieve “a world without police” we have to start by holding ourselves to a higher standard, despite what excuses we may have for not doing so.