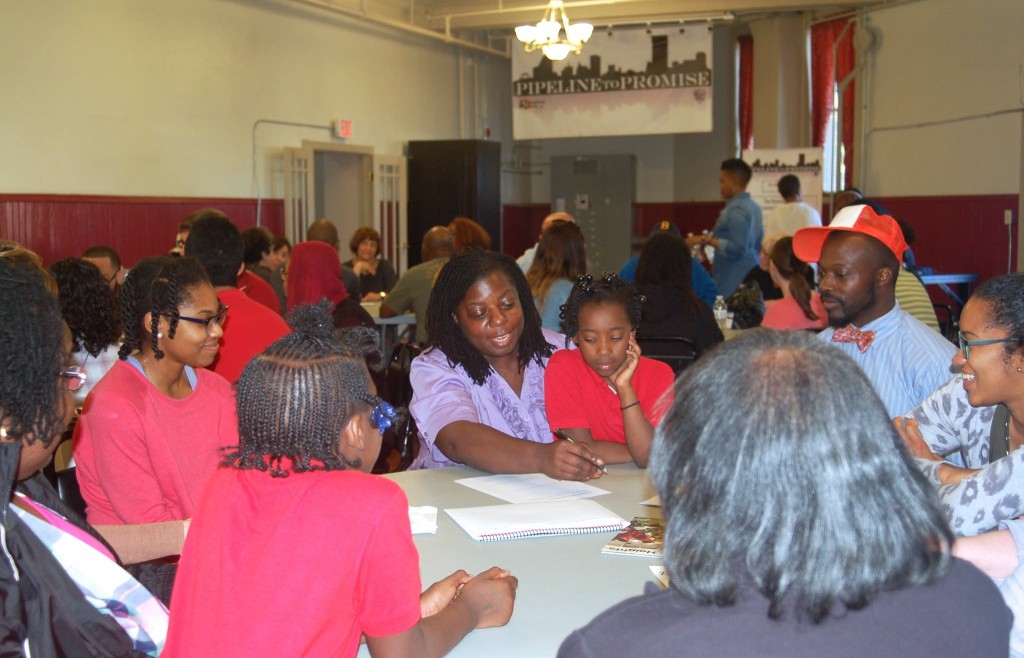 Damion Thompson knew from moment he reached the Cuban city of Matanzas that he belonged.

“(Matanzas) is probably one of only a few places that I’ve ever been in my life where I felt home,” Thompson said. “I felt like I’ve been there before and it was very comfortable. I definitely knew I had some ancestry there.”

Thompson was one of four panelists to speak at Walnut Way Conservation Corp.’s Report to the Community on May 18, which focused on what he and 14 other Walnut Way members and staff learned during their seven-day trip to Cuba last spring.

JoAnne Sabir, associate director of the Lindsay Heights Neighborhood Initiative, explained that the trip was about much more than sight-seeing. As a part of the Community Partnerships for Health Equity program sponsored by Medical Education Cooperation with Cuba, Walnut Way members are aiming to apply their newfound knowledge of the Cuban health care system and culture to strengthen Lindsay Heights. 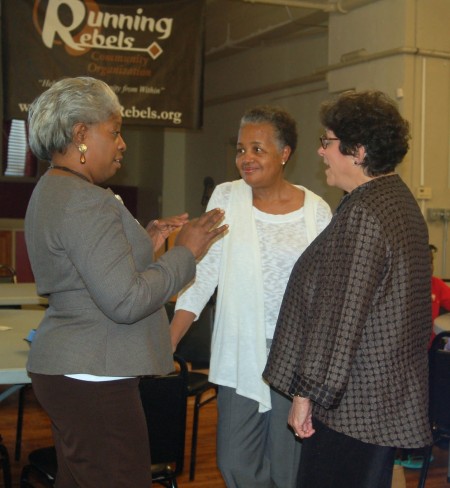 “As an organization, prior to implementation we always get community feedback so we’re not just operating off the desires of our hearts,” Sabir said.

Sharon Adams, co-founder of Walnut Way, said the event was a chance for neighborhood residents to hear about different interpretations of community life, with the goal of creating a healthy and sustainable community in Lindsay Heights.

Cubans are also healthier than residents of many other countries, despite its classification as a developing county. For example, according to the CIA’s World Factbook, Cuba has a lower infant mortality rate (4.7 deaths per 1,000 live births) than the U.S. (6.17 deaths). Milwaukee’s rate (9.9 deaths), is comparable to underdeveloped nations. The rate for African-Americans in the city is 15.3 deaths per 1,000 live births.

Walnut Way was chosen from among several applicants for the Community Partnerships for Health Equity program and is the only organization in Wisconsin to participate. Fifteen community leaders traveled to Cuba to learn about its healthcare system and begin to adapt the Cuban system to address problems at home. There are currently eight CPHE communities nationally.

“MEDICC really works with the communities to prepare them to help identify key problems and challenges,” said Diane Appelbaum, CPHE program director. She explained that the trip was designed with the Lindsay Heights community in mind.

Walnut Way’s itinerary included two visits per day to various sites. The group members learned about Cuba’s universal healthcare system, visiting obstetrics hospitals and maternal homes, where expectant mothers who are at risk for complications in their pregnancies can stay until they give birth. They also visited food production facilities, community organizations and health care centers.

According to Appelbaum, Cuban healthcare is focused on prevention and is community oriented. As a result, there is a doctor and a nurse living in each neighborhood.

In Cuba, “the majority of the places we went to had a connection to the past,” noted Maanaan Sabir, Walnut Way men’s wellness navigator and a panelist. “And when we look at the violence here in this community, we recognize that if people who are committing those heinous acts and crimes had a connection to their past, they would know where they’re going in the future.”

According to JoAnne Sabir, many of Walnut Way’s community-building projects are focused on creating that connection to the past. Much of the Report to the Community involved brainstorming about how to create a connected and invested community.

“I was inspired and comforted by the descriptions of the community-building and the love and the openness (that Walnut Way experienced in Cuba),” said Lorraine Jacobs, a Lindsay Heights resident. “It was very beautiful.”

Fifteen more people from Walnut Way will be visiting Cuba in October. MEDICC representatives will visit Lindsay Heights in the coming weeks to hear how Walnut Way addresses neighborhood challenges and to provide further resources, workshops and presentations. Appelbaum said the program is aimed at creating a network of participants across the country, of which Walnut Way and Lindsay Heights are now a part.

“MEDICC was really, really impressed by what Walnut Way was already doing,” Appelbaum said. “They’re just so committed and so inspiring. That was the community we thought would really be eager to learn new ideas and see new things — and they were.”