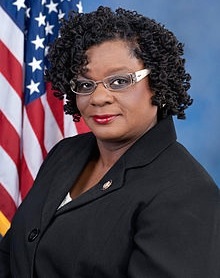 U.S. Congresswoman Gwen Moore, who represents Wisconsin’s 4th Congressional District, writes that police departments need to be trained to safely and appropriately deal with individuals with mental health issues. This article was originally published in The Guardian.

The life of a man with schizophrenia, 31-year-old Dontre Hamilton, ended after he was struck by 14 bullets from a Milwaukee police officer’s handgun on 30 April 2014. The lethal confrontation sparked a firestorm in my city, resulting in several massive protests and the notification of the National Guard. A year later, many of my constituents still ask what is being done to address concerns about police reform and how we can fill the gaps in our mental health safety net.

According to reports, Hamilton was taking a nap in a popular public park when officer Christopher Manney woke him in response to a complaint made by a local Starbucks employee. Despite assuming Hamilton had mental health problems, Manney ignored his own department protocol in dealing with emotionally disturbed people and proceeded to frisk Hamilton.

The search aggravated Hamilton – it was the second time in just a few hours that he had been hassled by police for sleeping in the park. The two men quickly became embroiled in a physical clash. Manney reportedly struck Hamilton with his baton during the scuffle, but soon Hamilton grabbed it and allegedly struck Manney in the neck. Seconds later, Hamilton was on the ground with multiple gunshot wounds to his neck, back, chest and extremities. He died hours later.

After the fatal shooting, Manney was fired for failing to comply with department procedures in frisking Hamilton like a criminal. Despite his termination, the Milwaukee County district attorney chose not to press charges, saying Manney had killed Hamilton in self-defense.

Like many Americans, Hamilton struggled with his schizophrenia. At times, he was plagued by auditory hallucinations, which became so overwhelming that he once stabbed himself in the neck. Antipsychotic medications successfully suppressed the voices, but at the time of his death, Hamilton hadn’t taken the drugs for about five months. While many people with schizophrenia find it difficult to keep up with their treatment regimens, Hamilton had reportedly foregone his medication because an insurance mix-up prevented him from obtaining it.

Inadequate access is just the tip of the iceberg. States throughout the country are still trying to recover from $4.35 billion in cuts to their mental health budgets between 2009 and 2012. To make matters worse, state momentum to enhance funding and improve the quality of mental health services slowed notably in 2014. Sadly, such services are often the first to get cut during tough economic times.

This leads to untreated sufferers on our streets, who then, like Dontre Hamilton, often end up entangled in our criminal justice system. Unfortunately, our badly broken mental health infrastructure has turned our local police officers into first responders for individuals in crisis. Earlier this month, The Guardian reported on the death of Denis Reyes, another mentally ill man who went into cardiac arrest as New York City police officers took him into custody. His family recently filed a complaint against the police involved in the encounter, claiming they caused his sudden death.

Proper training of our law enforcement officers is crucial to help prevent tragedies before they occur, which is why I recently offered and passed an amendment to the Commerce, Justice and Science Appropriations bill for fiscal year 2016. The amendment will increase funding for the Mentally Ill Offender Treatment and Crime Reduction Act, which could provide assistance and training for police departments to safely and appropriately deal with individuals with mental health issues. It is my hope that my legislative efforts will help prevent more tragedies like those of Dontre Hamilton and Denis Reyes.

Mental health plays a vital role in 21st-century policing. Local law enforcement officials routinely put their lives on the line to uphold public safety, but ill-equipped police officers are at risk of causing more harm than good. Federal lawmakers need to pick up the slack on funding for critical police training where states and local municipalities have failed. I can’t think of a better way to honor the life and memory of Dontre Hamilton than to prevent others from sharing a similar fate.