You are here: Home / Home / Carousel / New technology upgrades the ride for bus users
Share this... 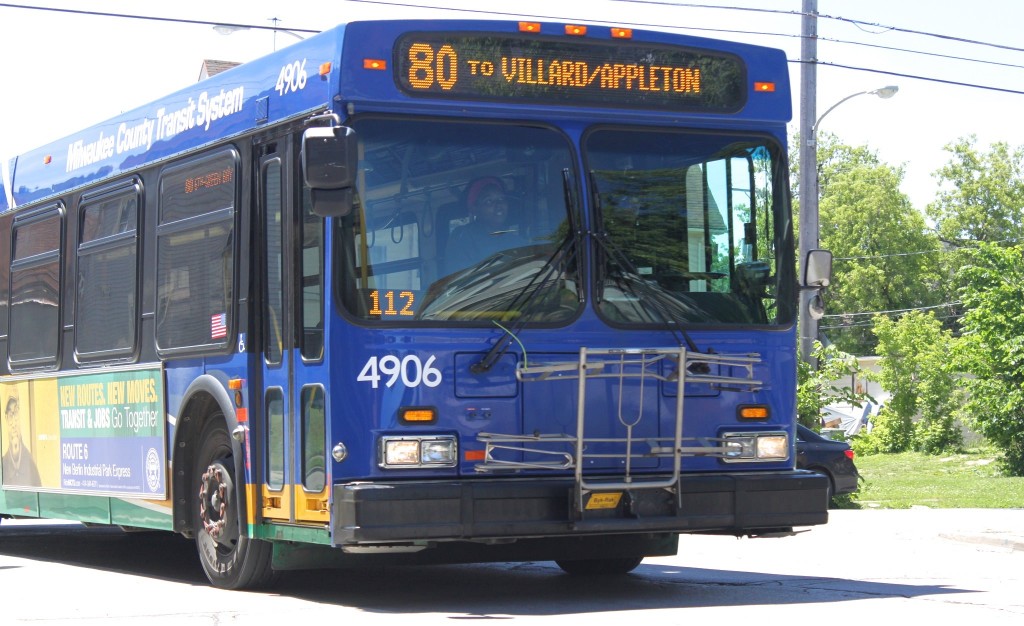 The bus system is adding new technologies to increase convenience, but some upgrades have been delayed. (Photo by Matthew Wisla)

Arriving at the corner of Holton and Burleigh streets, Dominique Ominique Hutson knew she had a few minutes to spare before a westbound bus would arrive and take her to work. Checking the arrival time on her phone, she learned that the bus was running a little early that morning so her timing was perfect.

Compared to relying on printed schedules, Ominique Hutson said, “This is way more convenient. Taking the bus is a lot better now.” 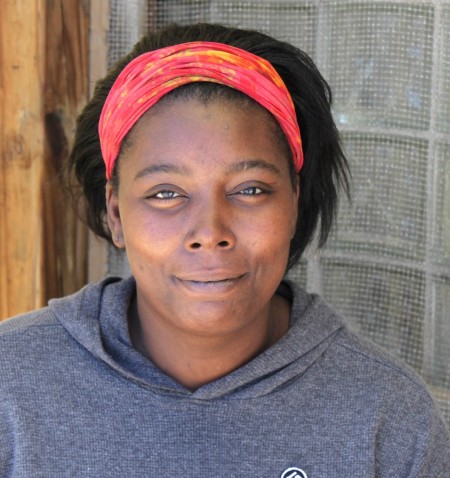 Larenza Johnson depends on the bus to get to her doctor and uses real-time tracking to reduce her wait time at the bus stop. (Photo by Matthew Wisla)

Further north on Holton, Larenza Johnson sat in a bus shelter waiting for the #15 bus to carry her to a doctor appointment. She had checked the estimated arrival time of her bus online before leaving home so she wouldn’t need to wait too long on the corner with her ailing knee.

Technologies such as real-time bus location information and smart fare cards are changing the way riders use the bus system. Smart cards make boarding easier and faster, and when riders know with certainty when their bus is going to arrive they don’t lose time waiting anxiously at the stop. Also, riders spend less time out in the elements during foul weather.

The Milwaukee County Transit System began distributing M-cards in September and about 180,000 cards are in circulation. Use of the cards has been growing steadily, and on average more than 60 percent of the 155,000 daily riders pay with an M-card, according to bus system officials.

Riders using the M-card pay less. For example, a weekly pass costs $11 with the card and $17.50 using paper passes. M-cards must be purchased for $2 and eliminate the use of paper transfers. Fares on special routes such as the Summerfest Shuttle and Brewers Line also cost less with an M-card.

Rolling out the new technologies has not been an entirely smooth process. Based on the original schedule, in March users were to have been able to reload their card online and pay for future rides. According to Brendan Conway, chief marketing and communications officer for the transit system, the vendor responsible for developing an online payment system, Scheidt & Bachmann, is behind schedule.

“Progress is being made and we anticipate being able to start offering some online payment capability this summer,” Conway said.

In the absence of an online payment system, transit users must visit one of 90 ticketing locations that support the M-card. By year’s end, 100 locations are expected to be supporting the card. Currently about 68 locations accept cash and credit cards, and the rest are cash-only. Bus system officials acknowledge that taking multiple forms of payment is more convenient for cardholders but say the cash-only outlets are operated by third parties that decide for themselves what forms of payment to accept.

Another feature expected to be rolled out soon is the ability to purchase a one-day pass at the fare box. That way M-card holders who board a bus with a zero balance will be able to pay cash and continue using their card for the rest of the day. 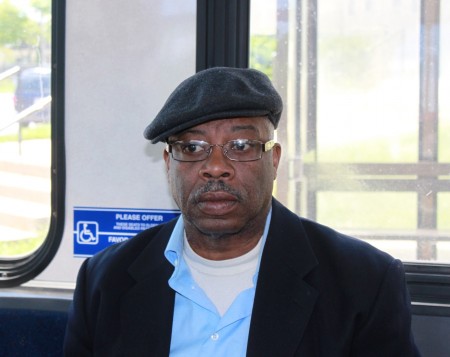 After witnessing a robbery at his bus stop, Stewart Fidley wants to limit the amount of time he spends standing on the corner. (Photo by Matthew Wisla)

The next revolution in electronic fare payments will feature riders using a smart phone app when boarding the bus, according to Scheidt & Bachmann’s website. Conway said local officials don’t know when that upgrade will come, and it isn’t clear if the bus system will be able to afford the technology when it’s available. The current smart card system is being paid for with approximately $7 million in federal stimulus funding, allocated at the beginning of the financial downturn. Development of the real-time tracking system cost about $385,000, paid for primarily through a separate federal grant.

Conway said once the final development and rollout of the smart card and real-time tracking systems are complete, day-to-day operations and management costs will be covered by the budget now awaiting approval in Madison. Major investments or set asides for technology upgrades are not included in the budget.

The new app will be available by year’s end. Users will be able to enter a starting location along with a final destination and the app will suggest bus routes and give approximate travel times, Conway said. In the meantime, several apps developed by third parties are available. In addition, the bus system is coordinating with Google so that real-time bus information will be incorporated into Google Maps. Currently, transit riders in other cities with real-time bus tracking, such as Chicago, use Google Maps to plan their travel. For now, tapping into Google Maps in Milwaukee yields estimated times based on the printed bus schedules.

Conway expects use of the new technologies to continue expanding as more capabilities are rolled out and increasing numbers of transit riders become aware of the systems. Currently, the bus system sends up to 1,000 text messages daily with the estimated arrival time of the next bus. (To use it, text 41411, and type in “MCTS and the bus stop identification number from the bus stop sign.”) More than 500,000 calls are expected this year to the real-time phone line at 414-344-6711 (select option 2, then enter the bus stop identification number).

Most bus riders use real-time tracking to improve their travel efficiency. But for some it’s a matter of personal safety. Stewart Fidley, 59, rides the bus every day and hopes to upgrade his cell phone so he can get real-time bus information from an app or the bus system’s website. This will limit the time he spends standing on corners waiting for a bus. In early June he was walking to his stop at Sherman Boulevard and Roosevelt Drive when he witnessed a woman at the stop being robbed by a group of boys.

“One of those kids acted like he had a gun,” Fidley said. “Especially after that I don’t like leaving for the bus without knowing exactly when it’s going to get there.”