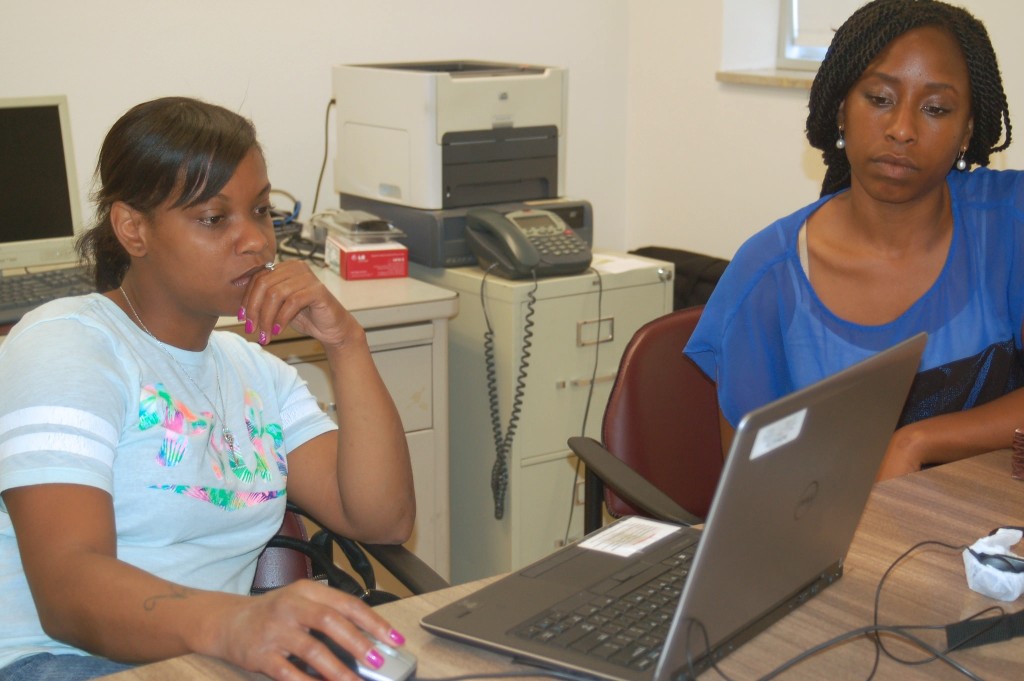 When Victoree Sprewer walked into the City of Milwaukee’s Northwest Health Center, she noticed two volunteers standing at a table in the back of the waiting room recruiting people to participate in a research project. As she approached them, they asked her two questions: Do you have a child between the ages of zero and 4? What ZIP code do you live in?

Sprewer is the mother of a 2-year-old and lives in ZIP Code 53209, which put her in the target population of a project to educate parents about immunizing their children. Many people who live in her ZIP code lack access to the information they need to keep their children up to date on vaccinations. An ongoing research project called Community Health Improvement for Milwaukee’s Children has been working for years to change that. Sprewer decided to participate by taking a survey and an online class about vaccinations.

“I decided to participate because it is important for our kids to get their immunizations done and have everything up to date, just for their safety as well as (to put) your mind at ease,” Sprewer said.

The CHIMC project started in Milwaukee’s North Side ZIP codes in 2005, where immunization rates are lower than national and state goals. From 2005 to 2008, team members launched a pilot program in the Metcalfe Park and Concordia neighborhoods. Phase two, from 2008 to 2013, expanded the program to four ZIP codes (53205, 53206, 53208 and 53210) and focused on working with community members to educate parents about the importance of vaccinating their children. 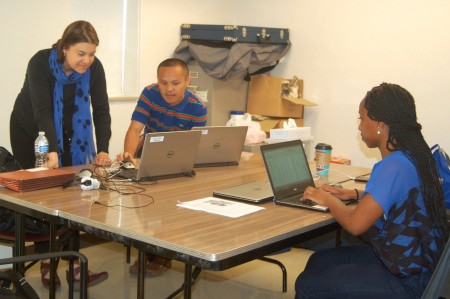 The third and final phase will last until 2016. Called “CHIMC – Take Control Immunize,” its aim is to use technology to disseminate the information and tools gathered in the prior eight years.

“We developed a website, we have a Facebook page and … an e-learning café, which is our online educational program for parents,” explained Program Coordinator Sarah O’Connor.

According to Community Health Specialist Yvette Ssempijja, “We get very positive feedback from the parents. I would say nine out of 10 people that we see have something positive to say either about the way the information is (presented) … or about the content itself.”

Parents also are informed about CHIMC’s parent toolkit, which provides access to information about recommended vaccination schedules, how to see a child’s immunization records, the locations of free or low-cost clinics and more. The parents give the researchers permission to view their child’s immunization record so they can determine vaccination rates and remind parents if their children fall behind.

Dr. Earnestine Willis, CHIMC’s principal investigator, said this support and information has been lacking in these communities. She said that parents think their children are up to date when they are not, which she attributes to poor communication between doctors and parents. 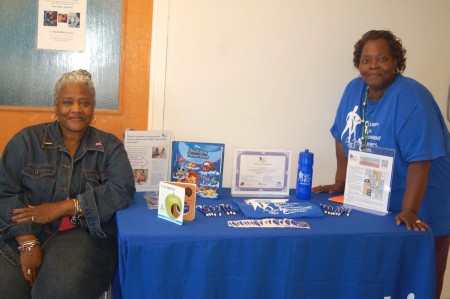 “Doctors don’t always talk in plain language so lay persons can understand what they said,” she noted.

Other barriers to up-to-date vaccinations include trouble with transportation, lack of access to a healthcare provider and parents not having time to get their children vaccinated, Willis said.

The program has successfully increased the number of up-to-date patients. When the program started in 2005, in one group of 158 children, 45 percent were up to date. By August 2012, 82 percent of that group was up to date. The children were 19-35 months old, the group that is most likely to be behind on their vaccinations because they are not in school, according to Willis. In fact, the percentage of children up to date went up in every age group, and most surpassed the U.S. Office of Disease Prevention and Health Promotion’s Healthy People 2020 goals.

The project is led by the Medical College of Wisconsin’s Center for the Advancement of Underserved Children in partnership with United Neighborhood Centers of Milwaukee. Other major partners include the Milwaukee Health Department, Marquette University’s Diederich College of Communication and the Milwaukee County Women, Infants and Children program. Ten health centers around the city have partnered with CHIMC by letting them recruit patients.

CHIMC is unique because it is done in partnership with the community. Its model is built on community-based participatory research, meaning the people the project is aimed to help play an essential role in planning and executing it.

One way community members can get involved is by joining the Community Forward Team, which recruits participants to take the survey and e-learning module. The two people who approached Sprewer, Janice Harrell and Carolyn Ramsey, have been involved with the project since it started a decade ago.

“I even dream about (CHIMC),” Ramsey said. “I have to stop myself sometimes (when) I see a person with a baby (from saying) ‘Um, excuse me – what ZIP code do you live in?’”

They said their passion for the project stems from their belief that getting children immunized is a matter of utmost importance. Vaccinations for children in the 19-35 month age group protect children against diseases such as diphtheria, tetanus, pertussis, polio, measles, mumps, rubella, chickenpox, hepatitis and others.

“If your child is not immunized and they come into contact with a child that has one of these diseases, what would you do?” Harrell said. “That’s a question I ask (parents) … (As a parent,) you want the best for your child. … Immunize your child. Keep your child protected.”