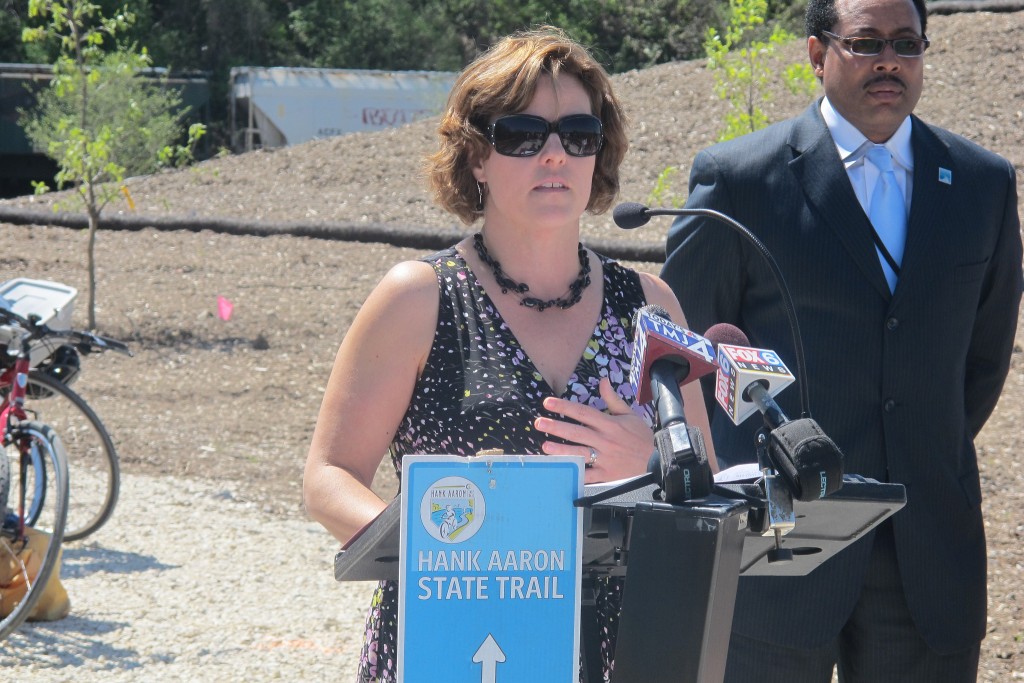 LISC (Local Initiatives Support Corporation) announced today that Laura Bray has been hired as the new executive director for the Milwaukee office. Bray has a 20-year career in community and economic development, and served as the executive director for the successful Menomonee Valley Partners, Inc. from 2004-2014. In this role Bray led public and private partners in catalytic redevelopment the Menomonee Valley, resulting in the 300 acres of remediated brownfields, 39 new or expanded businesses offering 5,000 jobs, a 50 acre park and a 12 mile bike/pedestrian trail system. Prior to the Valley, Bray worked for the City of Milwaukee’s Department of City Development, the Wisconsin Women’s Business Initiative Corp., the Consensus Organizing Institute, and for a two-year project with LISC in Bridgeport, Connecticut.  A graduate Marquette University, Bray began her career as a community organizer through the Jesuit Volunteer Corps.

“I am honored to join LISC and am excited to work in partnership to revitalize neighborhoods throughout the city,” said Bray. “There are a lot of opportunities out there right now. The economy is stabilizing. There is strong neighborhood leadership. The City has a new economic plan. The corporate and philanthropic community is investing in targeted neighborhood development strategies.  Because of LISC’s national-local structure, and deep partnerships across sectors here in Milwaukee, I’m very optimistic about our ability to drive investment and impact.”

LISC’s national CEO, Michael Rubinger said, “LISC is a proud partner in the work to revitalize Milwaukee neighborhoods.  We are excited to have Laura on board with her strong community ties and proven track record to realize transformative change. We are committed to deepen the investments in Milwaukee’s neighborhoods in the years ahead through financial and program support that meets Milwaukee’s opportunities and needs. “

Since 1995, LISC and its affiliates have invested more than $123 million in Milwaukee, generating more than $368 million in development. To date, LISC has assisted 110 community-based organizations, and financed more than 2,300 houses and apartments and more than 1.4 million square feet of commercial and community space locally. Over time, LISC Milwaukee has built a comprehensive portfolio of programs including community safety, income and wealth building, commercial revitalization, and leadership development. LISC is also recognized for its Milwaukee Awards for Neighborhood Development Innovation (MANDI) and other educational opportunities that build support for the central city.

“Laura brings years of experience in community and economic development and a strong base of cross-sector partnerships to her new role at LISC” said Lisa Glover, chairwoman of LISC Milwaukee’s advisory board and member of the LISC National board of directors. “She is strategic and passionate about her hometown of Milwaukee. Laura’s vision for the future of LISC and the city will make her extremely effective as our new executive director.”

LISC’s national office selected the new executive director with the support of the local advisory board.