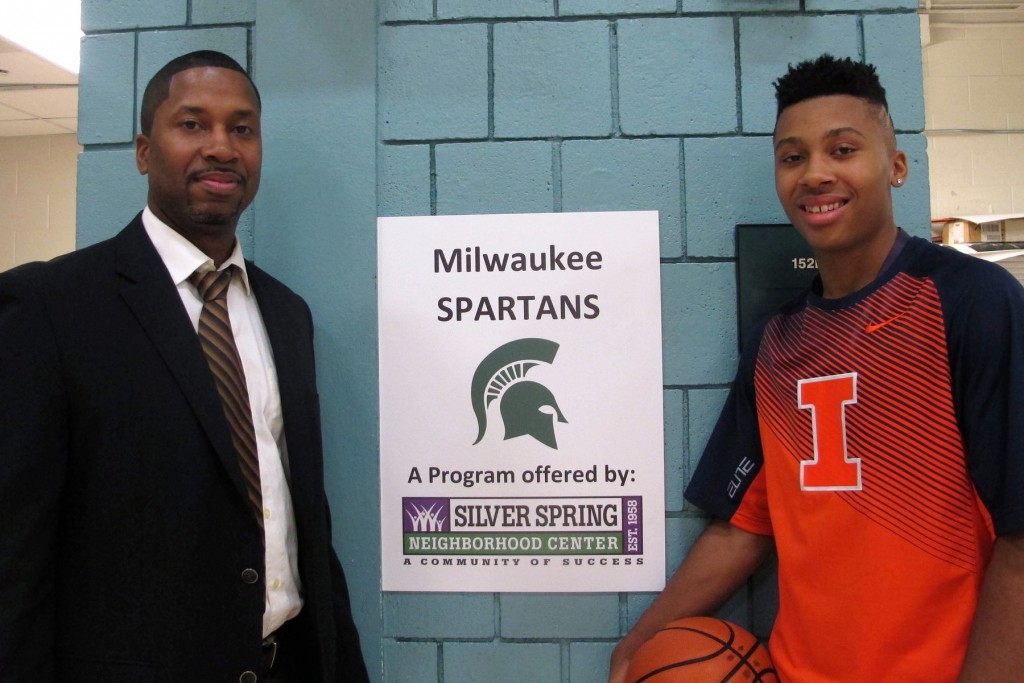 When Te’Jon Lucas was in third grade, Anthony McHenry, executive director and coach of the Milwaukee Spartans club basketball team, saw him play in a Saturday league at Silver Spring Neighborhood Center, 5460 N. 64th St. McHenry recruited Lucas for the Spartans, and has coached him ever since.

Now a senior at Washington High School, Lucas will be heading to the University of Illinois Urbana-Champaign next year to play Division I basketball. He is the only MPS student in the class of 2016 ranked among Wisconsin’s top 20 basketball players.

“I knew it was a matter of time because I put all the hard work in,” said Lucas, who received 16 Division I scholarship offers. “It’s kind of exciting and overwhelming.” 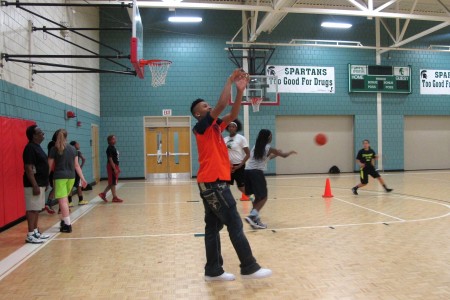 “[Illinois] was the best fit situation for me,” Lucas said. “It’s close to home so my family can come to the games. They have the best playing style and it’s a great time for me to come in and work with the coaching staff.”

McHenry said Lucas’s active involvement in the many programs Silver Spring offers has helped him develop into the person he is today. Along with basketball, he partakes in academic and social development programs.

“My favorite part of my role here is seeing people walk in the door with difficult circumstances and walk out years later having overcome those barriers and going on to live very productive lives,” McHenry said. “Te’Jon is one example of what has happened so many times with our basketball program and all our other programs. Adults and kids are making some decisions to do the very best they can to have successful lives.”

There was a lot of buzz around Lucas’s announcement, according to McHenry, since only his inner circle of family and friends knew he would pick Illinois.

“I wanted him to make the decision on his own,” said his mother, Marie Lucas. “It is truly amazing. I will be at every one of his home games.”

Marie Lucas said she is very relieved that her son will get a free education. Lucas is the only MPS senior who was offered a Division I basketball scholarship. He plans to pursue a career in communications or business management.

Lucas said basketball has taught him a lot of life lessons such as how to respect others and work as part of a group.

“Te’Jon works out when other people are asleep, on social media or at parties,” McHenry said. “It’s that type of commitment that has allowed him to have the type of success he has had.”

Lucas said he feels anxious about playing at the next level. He added that he is looking forward to playing in the Big 10 Conference and the energy from the fans he will get during home games.

McHenry hopes kids at the center will learn from Lucas’s story.

Growing Power provides a record 40,000 pounds of carrots to schools