You are here: Home / Home / Carousel / YMCA and Next Door partner to expand early childhood education for low-income families
Share this... 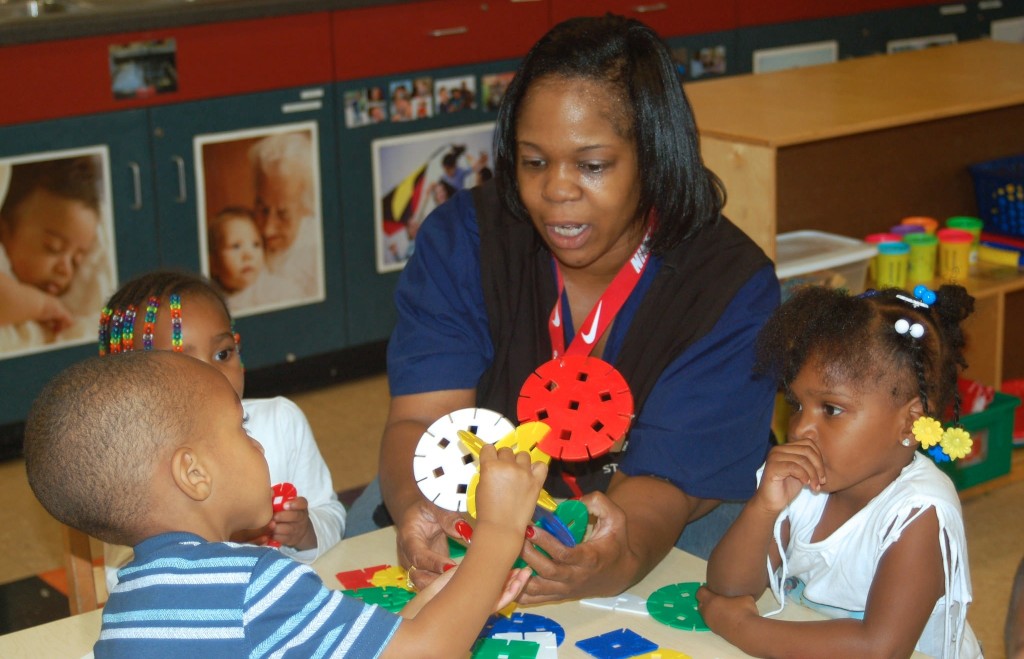 The Milwaukee YMCA has expanded its early childhood education and before- and after-school programs, allowing it to serve approximately 400 more children this school year.

Julie Tolan, CEO of the Milwaukee YMCA, said a partnership with Next Door made the early childhood expansion possible. Next Door received a federal grant of $4.8 million and teamed up with the Y to expand early education services to more families.

“We were confident (the Y) could carry out the expansion,” said Miranda Syrjanen, Next Door’s early Head Start-child care partnership director. “They have been a great partner and we have worked closely with them to implement early childhood at their sites.” 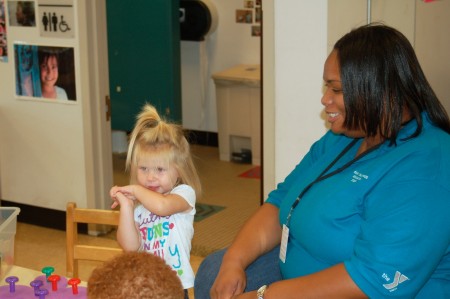 Early education teacher Akira Matlock sets up games for children during an after-school program at the YMCA. (Photo by Stephanie Harte)

The before and after-school programs are now offered at Rocketship, three schools in the Mequon Thiensville School District and one school in the St. Francis School District.

Bianca Shaw has been sending her 3-year-old daughter Olivia to the Y since she was 3 months old. Shaw said she admires how caring the teachers are and their commitment to giving students the best education.

“As a new mother to my first and only daughter, the Y helped me raise her,” Shaw said. “Her vocabulary has gotten a lot better and she may even be more advanced because of the extra attention she is given.”

Tolan explained that the Y strives to start working with children as early as possible. “If parents don’t have a safe place to send their kids, they aren’t going to be able to stay at their jobs,” she said.

The after-school program provides children with a healthy snack, homework help, art activities and group projects. The Y’s goal is to create a safe environment for children when they are not in school.

In addition, “Everything we do has an educational value,” said Christine Larson, the YMCA’s director of early childhood education. “It’s critical for us to help close the achievement gap with underprivileged children.”

Rodney Lynk, principal at Rocketship Southside Community Prep, said he is grateful for the YMCA’s efforts to help the school’s students. About 15 Rocketship students attend the after-school program on a daily basis with two staff members from the Y. Lynk said the teachers ensure students have their homework done before leaving, allowing them to spend quality time with their family when they return home.

“We provide more than just babysitting,” said April Greenman, the YMCA’s director of school age education. “We really try to make connections with families, children and the community.”

Larson said her favorite part of the job is building relationships with the young children. She tries to identify problems early on so they don’t become an issue when they enter school.

“We take great pride in the quality of our program and work very hard to include parents in the process,” Larson said. “It’s amazing to see the children have that light bulb moment.”

Next Door’s Syrjanen added, “There is always a desire to do more, so it is great to know that the expansion is helping us serve more families than ever before.”