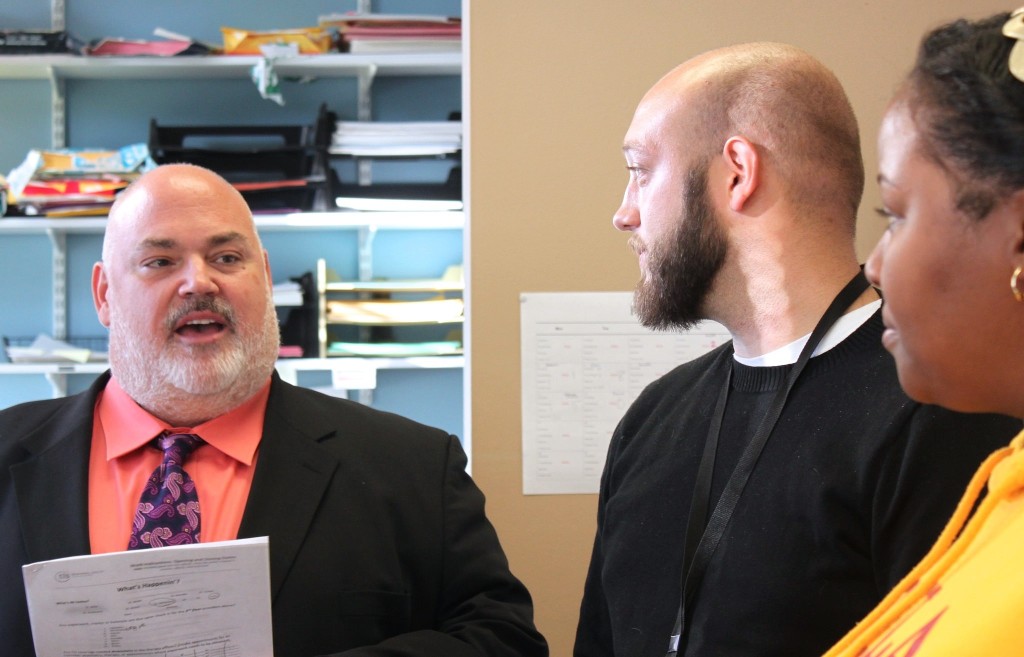 John Chianelli knew some of his patients died too young. As director of the west side TLS Behavioral Health clinics he saw U.S. Department of Health and Human Services statistics that showed people in treatment for mental health conditions die 25 percent sooner than others. The cause of death was usually chronic diseases or conditions, rather than the mental health ailments that brought patients to his clinics.

Although Chianelli’s patients from Milwaukee’s central city neighborhoods, like others around the country, were being treated for acute mental health conditions, unrelated health issues such as diabetes or smoking often weren’t getting enough attention.

Dr. Rosalyn McFarland, a family nurse practitioner working for Chianelli, said patients suffering from mental illness face special challenges. “Many don’t trust doctors, or don’t understand their conditions well enough to follow up like they should,” she said.

That’s why earlier this year Chianelli’s organization changed its name to Whole Health Clinical Group and began integrating primary care into its regular practice while treating people recovering from mental illness. The group is affiliated with the Milwaukee Center for Independence.

Now, as a result of a $1.6 million federal grant awarded last month, the group is set to expand its services to reach more people. The grant, awarded by the Substance Abuse and Mental Health Services Administration, will be paid evenly over the next four years and is expected to allow the Whole Health Clinical Group to treat about 800 patients annually, compared to the 300 it currently serves. 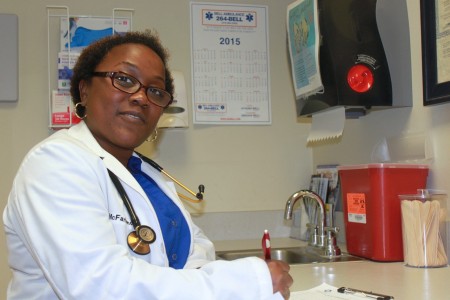 “We expect to demonstrate that integrated care can result in greatly improved overall health, particularly for people who are living with behavioral health issues,” Chianelli said.

The Whole Health Clinical Group operates four clinics, including in the Walnut Hill and Avenues West neighborhoods. The service expansion is part of a trend in Milwaukee toward community-based mental healthcare rather than large, centralized institutions.

Experts say placing mental healthcare resources in communities increases efficiency, as well as quality of care and quality of life for patients. “Having total healthcare where we treat the whole person out in their communities means they are getting treatment right when they need it,” Chianelli said.

The transition to a community-based model comes after years of criticism directed at the county for out-of-control costs and adherence to a mindset fixated on maintaining central control of the mental healthcare system.

Since 2011, Milwaukee County has invested about $12 million in new or enhanced community-based services. The money has mostly gone to close or ramp down centralized facilities, as well as to help fund community crisis resource centers, local access clinics and safe housing options for patients.

“Exciting changes are taking place and efforts to establish more robust care in a community setting are generating results,” said Rob Henken, president of the Public Policy Forum, which has studied the county’s mental health system.

A milestone occurred earlier this year with the closing of Milwaukee County Mental Health Complex’s Hilltop hospital. A long-term care facility, at one time Hilltop operated six units caring for people with mental illness, including some with severe disorders who had been in the facility for decades.

Now those patients are being cared for in community settings and, according mental healthcare observers, the transition has been a success. “Some of the patient guardians who were very apprehensive (about the transition) are very positive and say they wish we had done this a long time ago,” said Barbara Beckert, director of the Milwaukee office of Disability Rights Wisconsin, an organization chosen by the state to act as an advocate for patients.

The county anticipates closing its one remaining long-term care facility by the end of this year. It cares for people with mental illness and complex medical issues.

Despite its successes, serious questions and controversies continue to surround the county’s handling of mental healthcare and the transition to a community-based model. According to Henken, the number of admissions to the county’s psychiatric crisis service that involved arrest or emergency detention by police is higher than in in comparable cities. In a recent analysis, more than half of approximately 11,000 admissions to the county’s psychiatric crisis service last year involved county or Milwaukee police officers.

“It’s obviously a problem when the police force becomes the front door to your mental health system,” Henken said.

Beckert is raising the concern that people suffering from mental illness are being jailed and not receiving treatment. “More analysis is needed so we know whether or not more of these people are going to jail,” she said.

The Public Policy Form has organized a panel discussion on Oct. 26 to explore “When the Mental Health and Justice Systems Collide.” Possible issues include whether the transitions taking place in mental healthcare are exacerbating the problem, whether police need more or different training and whether changes are needed in the legal system, Henken said.

Another issue involves the county’s mental health hospital for patients needing short-term and emergency care. Earlier this month the Behavioral Health Division announced it was suspending the bidding process that was to privatize the facility, which is located on the mental health complex grounds at 9201 W. Watertown Plank Road. The county launched a “request for proposal” process in July but only two bidders responded, both of which the county deemed unqualified.

“Now we’re back to square one, with nothing,” said Mary Neubauer, a member of the Milwaukee County Mental Health Board. She said the county’s outreach to potential bidders was rushed and she is frustrated that the Behavioral Health Division never sought comment from the Mental Health Board or the public.

According to Héctor Colón, Milwaukee County director of Health and Human Services, the hospital, which costs about $10 million a year to run, is needed for patients who can’t be treated at community clinics or other hospitals. The county believes privatization will reduce costs to taxpayers and increase efficiency.

Colón has said that the county is likely to offer a sole-source contract that excludes public bidding “whether it would be with a private health system here locally or a national entity,” he said at a meeting in early October.

So far no timetable or specific plans regarding next steps for privatizing the hospital have been announced.