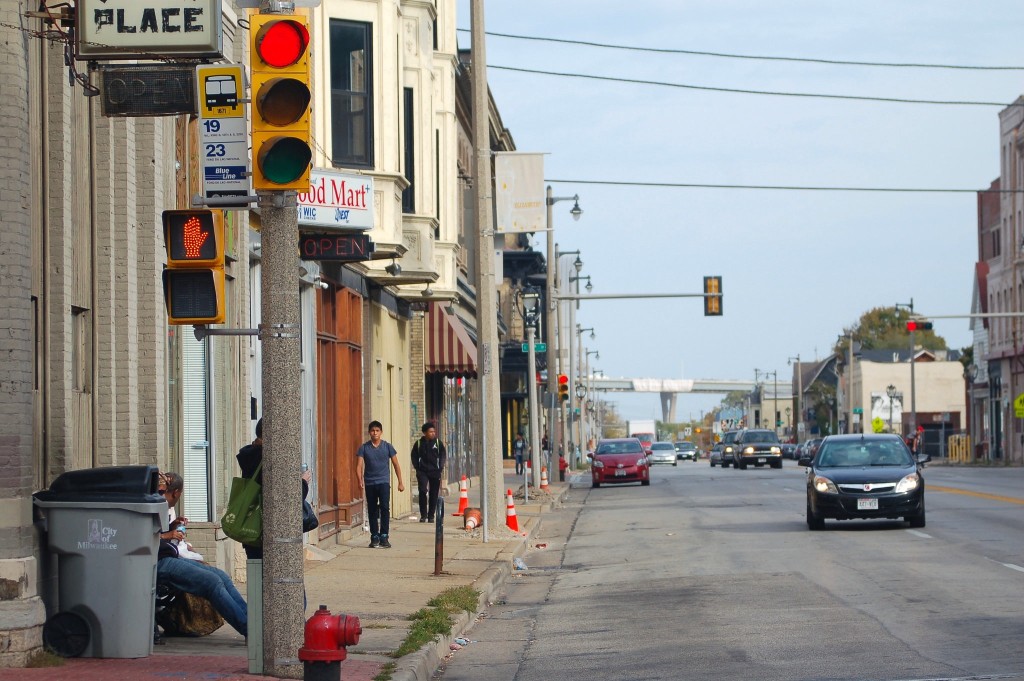 If preliminary recommendations from the Department of City Development (DCD) for the future of the Walker Square neighborhood are adopted, West National Avenue would eventually feature bike lanes, greenery and a diverse tenant mix that could include health care facilities. The area also would be part of a Business Improvement District.

According to Sam Leichtling, long range planning manager for Milwaukee’s Department of City Development, West National Avenue is not pedestrian- or bike-friendly and doesn’t encourage drivers to stop and frequent the businesses there. Adding trees and bike lanes could make the street more inviting to visitors and encourage a more diverse mix of tenants, according to Leichtling.

The recommendations for West National Avenue come after months of meetings among DCD officials, residents, representatives of the Walker Square Neighborhood Association and other local stakeholders, including Alderman Jose Perez. The draft will be finalized and introduced to the Common Council in November, and if adopted would become part of the city’s overall comprehensive plan for the near South Side. 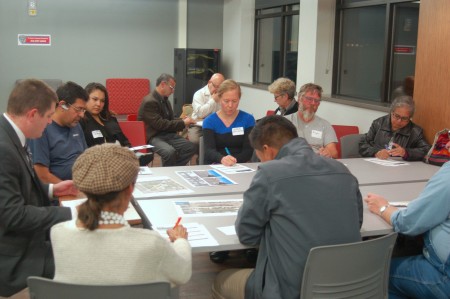 Representatives from the Department of City Development discuss preliminary recommendations for Walker Square with local residents. (Photo by Edgar Mendez)

Once the proposal becomes official, “any new development or plans for the area will have to coincide with the spirit and vision of the neighborhood plan,” said Perez.

According to Leichtling, similar action plans have been utilized to propel other neighborhoods, including Walker’s Point and Menomonee Valley.

The preliminary plan was presented to the public during a recent meeting at the MATC Walker Square Campus, 816 W. National Ave. Residents were asked to provide feedback on the plans for National Avenue, as well as recommendations to locate an FaB Center of Excellence in the area, increase the availability of housing resources for tenants and potential homebuyers, and invest in Walker Square Park.

Last year, FaB Wisconsin, the state food and beverage industry consortium, and MATC proposed plans to open an MATC Food Maker School and FaB Center of Excellence in Walker Square. FaB Centers of Excellence are state-of-the-art food innovation and training facilities. Locating a center in Walker Square would be a boon to residents who could potentially receive training there, said Perez.

“We have a large population of residents who could train there and then bus, walk or bike to work in one of the many food companies in the Menomonee Valley,” he added.

Several people at the meeting agreed that investment in Walker Square Park is crucial.

“The park, as well as this neighborhood, have a lot of history with all the immigration and culture in the area,” said nearby resident Carmen Cabrera. Cabrera described the park as the local plaza, and said more social activities should be hosted there and the pavilion should be rehabilitated.

Perez said the action plan would play a key role in transforming the neighborhood.

“Within 3-4 years we’ll have some concrete plans for mixed-use development in this area that will benefit the residents here and improve their quality of life,” Perez said.