You are here: Home / News / Arts and Recreation / County provides funds to renovate ‘cultural gem’ in Washington Park
Share this... 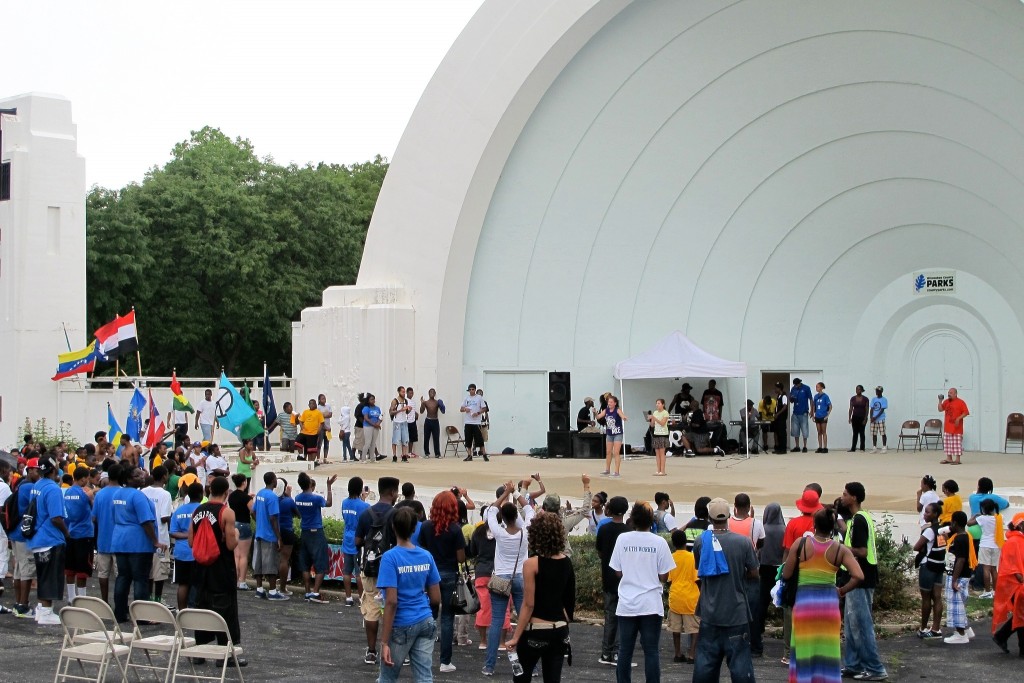 A crowd gathers for a performance at the Washington Park band shell. (Photo by Jennifer Reinke)

When Washington Park Partners holds its annual gathering on Monday, residents are likely to celebrate the upcoming renovations to the park’s historic band shell at 1859 N. 40th St.

The county allocated $738,000 in the 2016 budget to repair the band shell, including the stage and ventilation system, as well as new paint and lights. The budget also provides $175,000 to replace the facility’s heaters and boilers and $210,000 to repair the park’s west baseball diamond. Bike racks will also be installed to attract cyclists to the park.

Martin Weddle, District 5 supervisor, proposed an amendment to the county budget after he toured the band shell and saw that it needed some serious work. “It’s very important that we keep that investment up for the quality of life for the community,” he said. “It’s a cultural gem of Milwaukee County.” 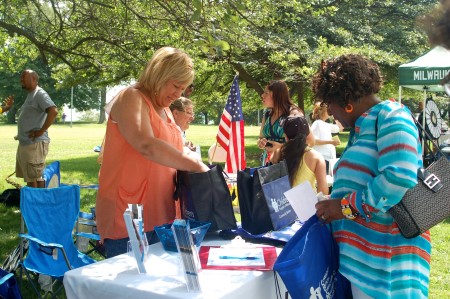 Washington Park draws people from across the county and hosts community events such as the 2015 NAACP resource fair. (Photo by Devi Shastri)

When Pat Mueller shows apartments to potential renters, she makes sure to discuss the attractions that draw people to the Washington Park neighborhood.

“Part of my whole showing of the apartments is showing people fun things in the area,” said Mueller, a property manager at Heritage West Properties. Those include the Wednesdays at the Park summer concert series held at the band shell.

In the past five years, the park shifted from a place people avoided because it was dangerous to one of the area’s biggest assets, said Bess Earl, Washington Park Partners sustainable communities coordinator. “People are really using it as a place to connect, not just in their community but with the area around them,” she said. The band shell concerts play an important part in drawing crowds, she said. “That energy being released into the community is huge.”

Jane Konkel, a member of the Washington Park Partners park committee, said the renovations are important, even if they are not immediately visible to audiences. “Any love that goes into this band shell is very much appreciated,” she said. “It’s really a step in the right direction.”

Konkel, who recruits the opening acts for the concert series, noted that the repairs will improve the park’s ability to attract entertainment. She said she likes to feature acts from local youth-serving organizations, such as Express Yourself Milwaukee and Running Rebels.

According to Weddle, “We need to invest more heavily in our parks systems as a whole. Over the past 20 years, funding for our parks has decreased.”

The maintenance is scheduled to begin as soon as the weather allows and should be done in the summer, Weddle said.