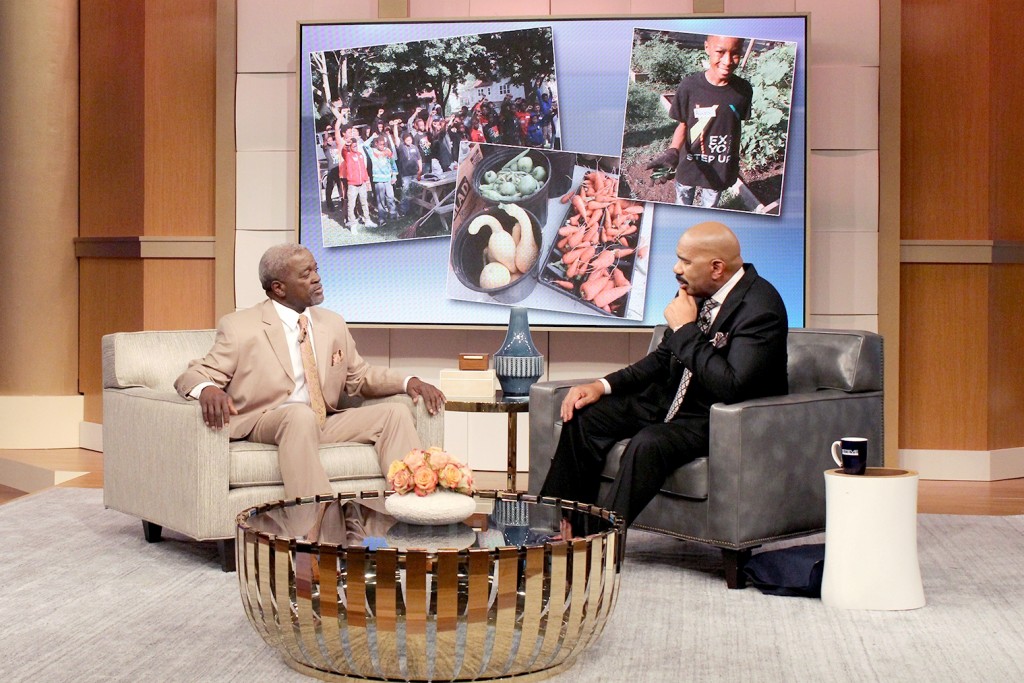 With murders at a five-year high, Milwaukee has become one of the most dangerous cities in America. On Monday’s episode of “Steve Harvey,” Steve welcomes ANDRE LEE ELLIS, creator of “We Got This,” to discuss what he’s personally doing to help change his Milwaukee neighborhood. Andre lives in the “53206 zip code,” and tells Steve Harvey that the area has been deemed “the worst place in America to raise a black child.”

Andre and his wife Angela adopted an abandoned community garden next to their house, making it a safe meeting place for the community. Young men can get paid for working in the garden and cleaning up the community, and are taught a sense of responsibility. On Monday’s episode of the talk show, Steve will name Andre as a “Harvey’s Hero” for his work in the community and the impact he’s had on Milwaukee’s youth, and gift him with $10,000 on behalf of Green Dot. Steve also surprises Andre with a group of young men from the community who want to thank him in-person.