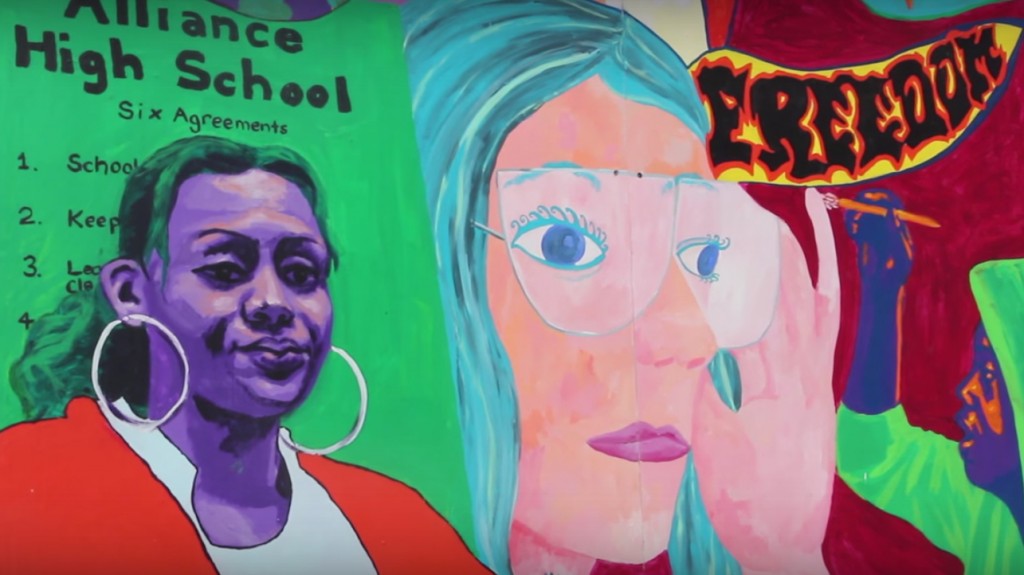 Danny Sayarath, a senior at Alliance School of Milwaukee, 850 W. Walnut St., struggled academically at his previous high school where he experienced bullying and abuse daily.

“It’s hard for me to kind of ask for help,” he said. “This school (Alliance) showed me that there are people that do care. Whenever something happens, we work things out.”

Alliance began in 2005 with the goal of helping students like Sayarath. At the time, its anti-bullying, anti-harassment mandate and its dedication to serving LGBT students were unique, according to school officials. Now, 10 years later, schools across the country are replicating Alliance’s practices.

For Sayarath, the differences between Alliance, which has a diverse student body in terms of race, sexual orientation and religion, and his previous high school are stark. He said that the culture at Alliance changed his outlook on school. Sayarath added that there is a real sense of family among students and teachers; he describes his favorite teacher as an uncle.

“The teachers here are really hands on; they actually come up to you and try to help you in class,” Sayarath said. “They want to help; they really care.” 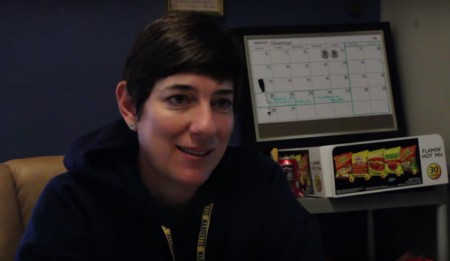 Now Sayarath’s grades are higher than ever. Where he once lacked a vision for his future, he now wants to become either a sound engineer or a mechanic. He said the leadership skills he developed through Alliance have allowed him to resolve conflicts outside of school.

Alliance, a Milwaukee Public Schools charter school with about 185 students, initially was funded with a grant from the Bill and Melinda Gates Foundation. The school now relies on funding from MPS and support from the community.

In October, Alliance was one of 41 public, private and charters schools nationwide to receive the designation of “Top Innovative K-12 School” from Noodle, an education website. It was cited for “providing an environment where students can thrive by modeling what a safe education looks like.”

According to Alan Laird, a special education teacher at Alliance, “The kids that are here are here for all different reasons. Sometimes it’s just that they were bullied in school. But a lot of times it is worse than that. A lot of times, it’s because they were raped, they were abused physically and sexually and mentally.”

He said that coming from places of severe neglect makes even attending school difficult. Many students at Alliance come from impoverished families and do not have reliable access to food at home, he noted.

While the school’s overall accountability rating by the Wisconsin Department of Public Instruction is “fails to meet expectations,” Head Teacher Tina Owens sees the positive personal stories as evidence of its success. Owens, a Marquette University graduate who founded Alliance, said she has witnessed transformation firsthand, such as a student making a transgender friend or students understanding how their actions affect others.

One recent Alliance graduate, now a student at the University of Wisconsin-Milwaukee, wants to become a teacher and hopes to bring the practices he experienced at Alliance to other schools, Owens said.

While Alliance started a middle school in 2008, it was shuttered due to low enrollment and lack of funding. “We started the middle school program then these severe budget cuts came down and we lost our yellow bus transportation,” Owens said. “Families weren’t willing to let their middle school students on city buses. That kills me because there are kids who really need us. I hear it every day.”

Alliance is unusual in its focus on restorative justice practices. Students are encouraged to engage in “circles,” where they discuss issues and resolve conflicts.

Since Alliance is small, many students have personal relationships with their teachers. Laird said that teachers try to avoid being seen as authority figures. “We’re at their level,” he said. “So I’m Alan … not Mr. Laird. We’re pretty honest about ourselves and they become honest about themselves.”

Owens and Laird also described the culture as inclusive, democratic and collaborative.

“We use service learning, collaborative learning,” Owens said. “If you go into our classrooms there’s very few times we’re in rows and everybody is working individually. It’s very group minded and that’s a way to get people to know each other well.”

Ultimately, Owens’ goal is for everyone at Alliance “to be happy, self-aware, confident and able to do what they dream of.”