You are here: Home / "How To" articles / How to protect yourself from cervical cancer
Share this... 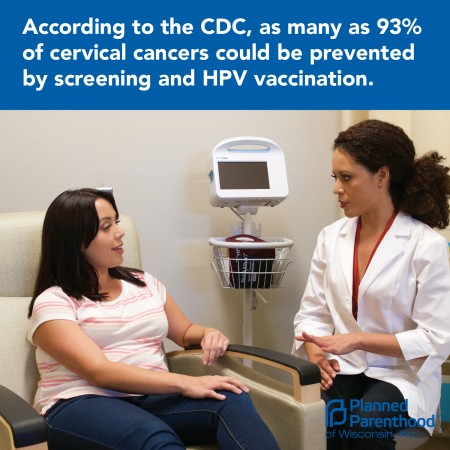 In a recently released study, the Centers for Disease Control and Prevention (CDC) concluded that up to 93 percent of cervical cancers could be prevented by screening and HPV vaccination. However, the CDC also found that more than half of the women diagnosed with cervical cancer each year have not had a Pap test or have not been screened routinely.

According to CDC data, more than 12,000 women will be diagnosed with cervical cancer this year, and health officials say early detection can be lifesaving. Here is what you need to know to protect yourself.

Cervical cancer is most often caused by certain types of the human papilloma virus (HPV), a very common sexually transmitted infection. According to the CDC, approximately 79 million people are currently infected with HPV, with 14 million new infections occurring each year in the United States. The HPV vaccine is one of the best ways to prevent the spread of HPV, which in turn can prevent cervical cancer.

Medical organizations, including the CDC, the American Cancer Society, the American Academy of Pediatrics and Planned Parenthood, recommend that both girls and boys get the HPV vaccination at age 11 or 12. The vaccine works best if given before people become sexually active, but can benefit anyone, even if they have already been infected with HPV. The vaccine is available to those aged 9-26.

And because early detection saves lives, Planned Parenthood encourages women 21 years old and older to talk with their health care providers to see if they are due for a cervical cancer screening.

About Planned Parenthood of Wisconsin