You are here: Home / Community Voices / I hear Toronto is lovely this time of year…
Share this... 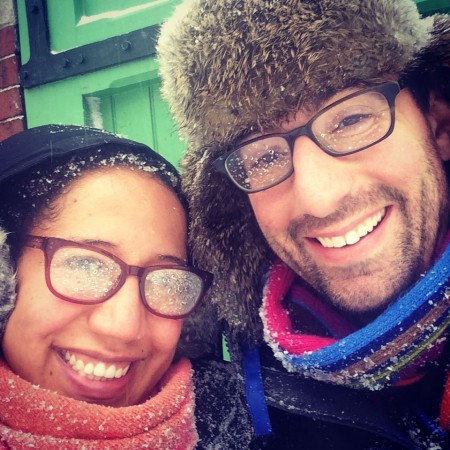 Jeanne Henry is a writer and a consultant, advancing leadership on thoughtful cultural change in government and communities. She resides in Milwaukee on the west side of Washington Park. She wrote the following reflection after reading a recent depiction of Milwaukee in the Toronto Star.

Last summer, I had some friends visit me for the first time since I moved back to Milwaukee. I’d known the husband from when he moved from Connecticut to Nashville to be a leader in an AmeriCorps program I started there almost a decade ago. He served his year, moved from Nashville to New York, got married and they bought an apartment in Brooklyn. I moved to Milwaukee.

I was also meeting his wife for the first time and it was joyful. A transplant to the Northeast, she had a wonderfully complex personal narrative, being born in New Mexico of Afro-Mexican heritage, attending Syracuse University for journalism but ending up as a classroom teacher in a school known for educating the children of celebrity chefs and other well-knowns.

They were (and are) WON.DER.FUL! New York and his job in city government had matured him into a well-rounded, thoughtful young professional who was developing the social navigation skills that a high-level career in government demands. She happened to be one those natural, exuberant educators who seems to have a knack for combining a story, an example and straightforward instruction so quickly you don’t even realize you just learned something. It was a great weekend and I was flattered when they generously gave me a tiny bit of credit for their coupling due to the influence the AmeriCorps program in Nashville had on the husband.

So why did I have such a hard time responding to their recent email announcing they were expecting and thinking about moving to Milwaukee?

Selfishly, I was overjoyed at the prospect of having another young, highly skilled couple relocate and raise several little ones here. They are amazing storytellers, sports lovers, cultural fanatics, everything you’d want in a neighbor, friend or colleague. She was anxious to do something about the disappearing bee population. He’d probably coach a Little League team before all their boxes were unpacked. They both talked about wanting to find a community to invest in and a house with a yard instead of a pricey one-bedroom apartment in a city that already has everything.

It’s not the housing stock, job market or even the schools giving me pause for a full-throated endorsement of the city. It is the culture and tradition of segregation and its uneven impacts on people of color in this city that is of profound concern.

Numerous studies and reports from Brookings, The Atlantic, UCLA, UWM, U.S. Department of Education, the New York Times, NPR, CNN, MSNBC and more have all identified similar despicable conditions facing people of color. As the Toronto Star recently pointed out, “Eradicating Milwaukee’s segregation will require politicians to fix virtually everything: the schools, the economy, the courts.” It’s like one of those really frightening fairytales in which Milwaukee is a place where all the king’s horses and all the king’s men could not fix racial disparities so that life could begin again.

Sadly, I know that before we even get to changing policies or revising laws, we have to deal with the less tangible but ever-present effects that segregation has on our culture. Our empathy is callused over. Too often we construct narratives that support an over-simplistic belief that someone else’s suffering is a result of their own lack of effort. Even those who consider themselves “progressive” are prone to a brand of racism that ignores the reality and nuances of how white privilege operates in their lives. Changing these attitudes, beliefs and behaviors — the attributes of culture — is challenging work.

As someone who has facilitated cultural change across communities, I am accustomed to challenging conversations and climates, but none like here in Milwaukee. The ease with which folks feel justified attacking a fellow politician, group of people or even a neighbor just diminishes us. And that’s not the biggest concern we should have about the dangers of our unexamined behaviors — lives have always been at stake.

I can’t recommend Milwaukee as a place for raising children to my young, educated friends for these reasons among others. When a group of people find it this easy to disregard a problem this large, all of us need to face a formidable truth — we are not only acting like racists, we are acting less than human.

Face it, Milwaukee will never dig its way out of this moral and economic hole until we do something bold and brave, like looking at our collective behavior objectively and taking responsibility for it.