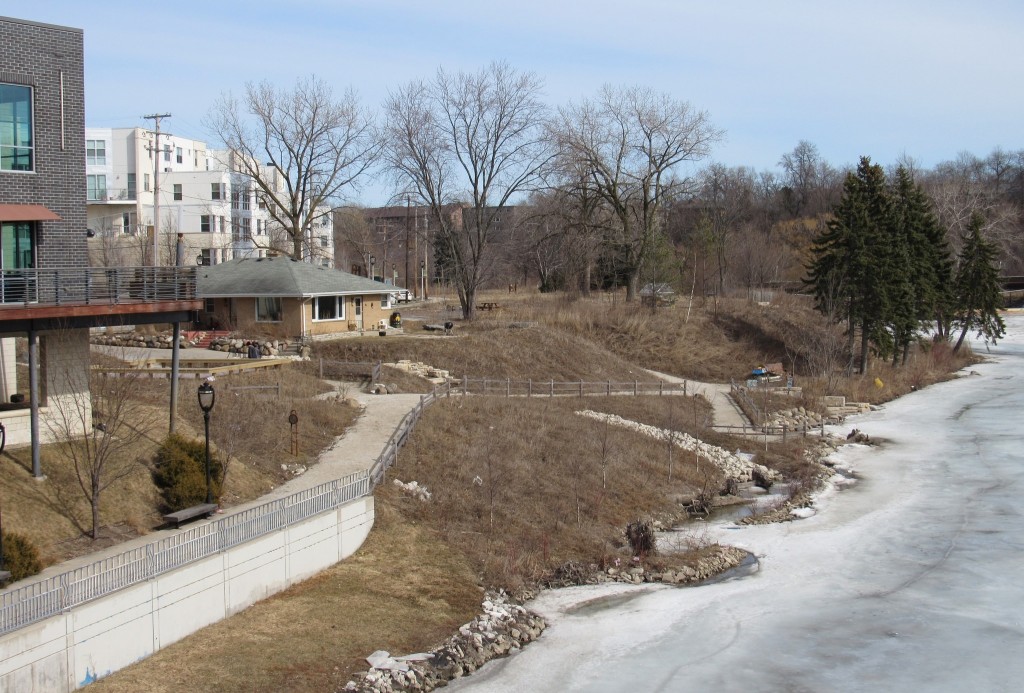 Turtle Park is located on the Milwaukee River, below the Humboldt Boulevard Bridge. It is an intersection point for several of the trails that run along the river. (Photo by Morgan Hughes)

Editor’s note: This article is one of an occasional series profiling the 15 finalists for the Milwaukee Awards for Neighborhood Development Innovation (MANDIs). Turtle Park is a finalist for the Brewers Community Foundation Public Space Award, which recognizes an innovative approach to a community problem.

Once an abandoned and graffiti-covered lot, Turtle Park has come a long way in the eight years since the River Revitalization Foundation purchased the property on the Milwaukee River, below Humboldt Boulevard Bridge. Now, the three-acre plot of land has been restored to its natural state and serves as an ecological haven in the concrete jungle.

The River Revitalization Foundation, an urban land trust dedicated to preserving greenspace along the river, was founded in 1994 by the Kiwanis Club of Milwaukee and the Rotary Club of Milwaukee. In addition to restoring Turtle Park, RRF has worked to remove invasive species from the river and shoreline, and has planted new species along the shore.

According to Kimberly Gleffe, executive director of RFF, the property was an eyesore and a likely target for developers when the foundation acquired it. An old restaurant that had been long abandoned sat on the land, and graffiti covered the concrete. 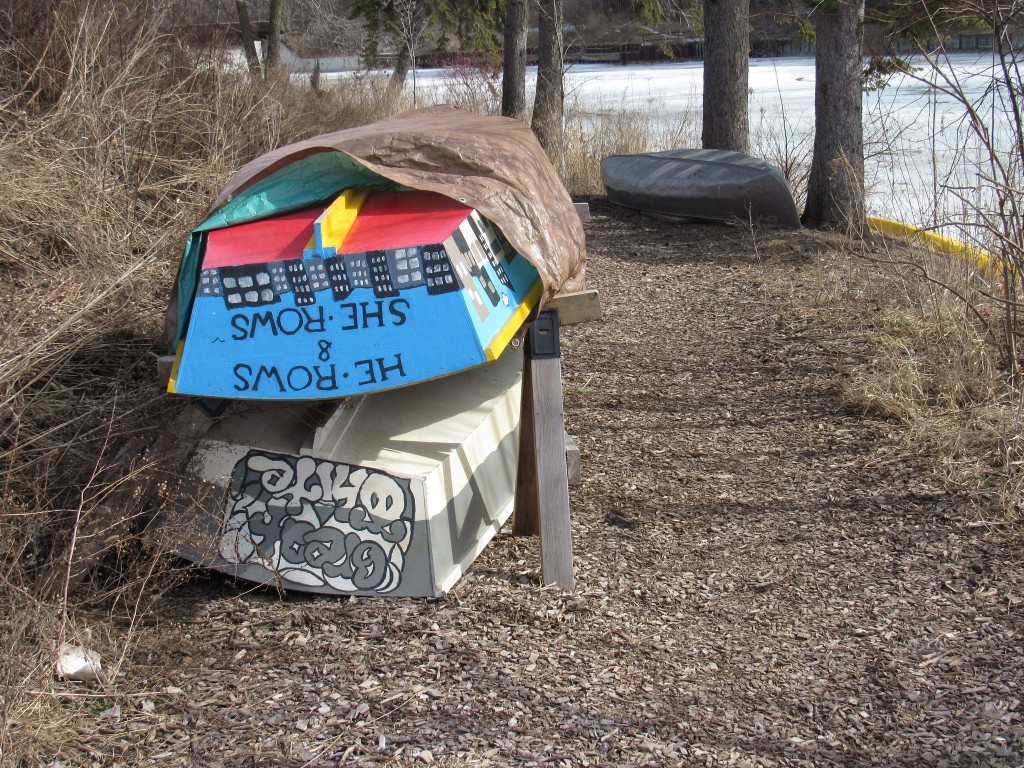 “Turtle Park was an opportunity to transform a property that would have been turned into condominiums into a beautiful greenspace that protects and enhances the river,” said Gleffe.

Because the property was covered in cement, it needed a complete overhaul. Restoring the shoreline was one of the most difficult aspects of the project, Gleffe said, since volunteers had to remove all the concrete. She said she is proud that RRF reused and recycled 95 percent of the concrete and waste from the restoration.

Among the people who worked on the Turtle Park restoration was Jumal Leelipscomb, 15. As a participant in the summer youth employment initiative, “Earn and Learn,” Leelipscomb was able to learn about the environment while earning money for his work at RRF during the past two summers. He said that the experience has changed his perspective on nature.

“I never really liked being outdoors,” said Leelipscomb. “But after [the Earn and Learn program] I started to enjoy being outside and exploring nature.”

Leelipscomb said that he thinks green spaces such as Turtle Park are especially important to people living in an urban area. “A lot of the kids in [Earn and Learn] are city kids so I think it’s important to get close to nature so we have a better understanding of it,” he said.

Gleffe said she enjoys watching the Earn and Learn students grow as the summer progresses. RRF has participated in the summer youth employment program since 2006 and works with about 10 students between the ages of 14-21 each summer.

“The Earn and Learn and service-learning programs offer experiential learning and help to teach students about the environment and the river,” Gleffe noted. “It’s rewarding to see the difference [in the students] between the beginning and the end of the program.” 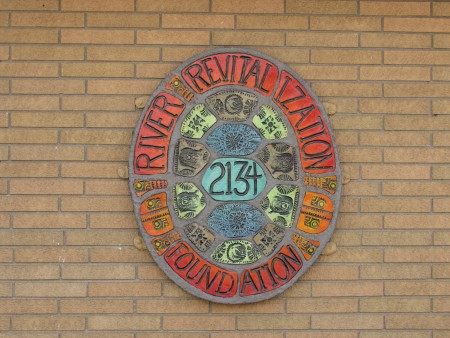 The River Revitalization Foundation has done extensive work to restore and protect greenspace along the Milwaukee River. (Photo by Morgan Hughes)

Vince Bushell, a program manager with RRF, said that hundreds of people worked on Turtle Park during the past eight years. He said that people felt compelled to help with the project because they understood how much Milwaukee needed the open space.

“Access to greenspace is somewhat limited unless you’re wealthy enough to have a car and the ability to vacation somewhere in the country,” said Bushell. “Having these places nearby, available for all people to visit is very important to the people in the city.”

Gleffe said RRF is trying to make Turtle Park as accessible as possible. The space is wheelchair accessible and offers several fishing access points, a demonstration garden, an outdoor platform for yoga classes and other features that aren’t typically found in an urban area.

One of the most important features of Turtle Park, according to both Gleffe and Bushell, is that it is an intersection point for several of the trails along the Milwaukee River. “Turtle Park is a focal point where the trails come together, and they link the neighborhoods together,” said Bushell.

RFF has put a lot of effort into improving the trails surrounding the park, according to Gleffe. “If people can’t get here then they aren’t going to care about the space,” she added.

Samuel Huenink, a community program and environmental educator at the Urban Ecology Center’s Riverside Park branch, said that he thinks restoration projects such as Turtle Park are vital to the city’s biodiversity.

“The diversity in the animal and plant species tends to dwindle as a city grows, so it’s good to have these pockets of nature in Milwaukee,” said Huenink. “We’ve already seen species that had been absent from Milwaukee for two decades begin to return to the area.”

Huenink said that 20 years ago the Milwaukee River was so polluted that only four species of fish could survive in it, but efforts to purify the river over the past decades have increased the population to roughly 40 species inhabiting the river.

Gleffe said that beyond the ecological impact greenspaces have on a city, Turtle Park has increased usage of the riverwalk trails and the river as a whole.

“This space offers the city some breathing room; it’s an oasis in a sea of condos,” said Gleffe.