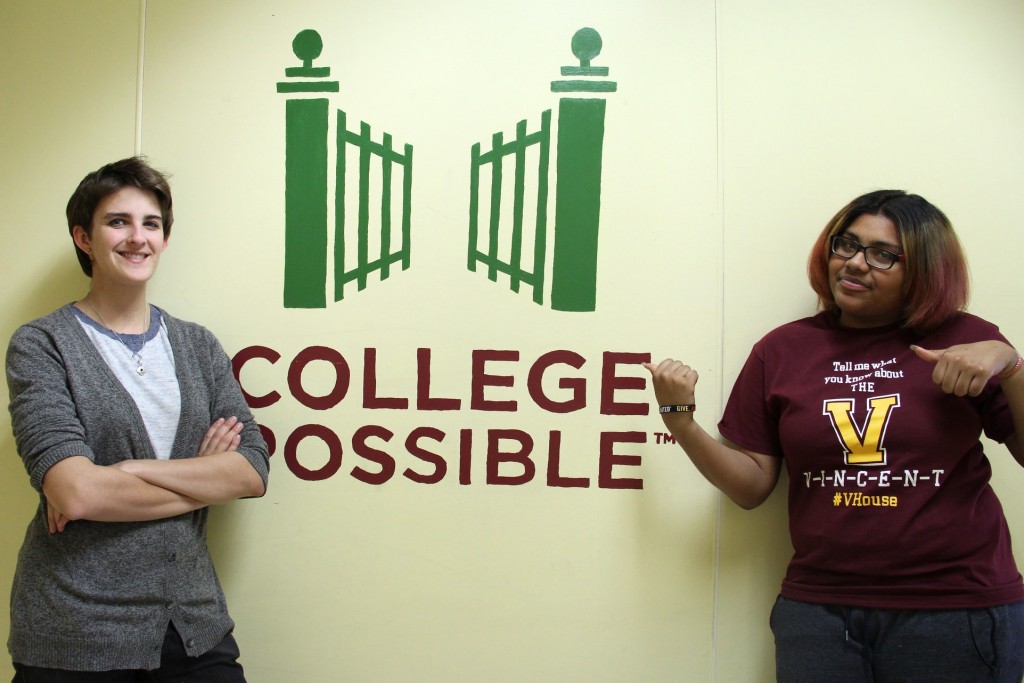 The 31 seniors participating in the College Possible program at Harold S. Vincent High School needed a boost of confidence, according to their coach, Holly Wickham. Vincent student Cymone Newton, 18, provided that boost when she was recognized as one of two high school seniors in Milwaukee to be named a Horatio Alger State Scholar, which comes with a $7,000 scholarship.

“A lot of students take themselves out of the race before they have to,” Wickham said. “Winning the scholarship was definitely a turning point for (Newton) but also for all of my students because now that one person has won it, it feels more … tangible and more accessible for them.”

After dedicating herself daily to the detailed application for months before the Oct. 25 deadline, Newton said she cried when she received the news in February. “You don’t really hear a lot of students doing scholarship (applications) anymore,” Newton said. “I really did the scholarship because I didn’t see anybody else taking that advantage.”

The Horatio Alger Association of Distinguished Americans, Inc. awards scholarships to students who have succeeded despite adversity. The $7,000 scholarship was awarded to 10 students in Wisconsin.

This month Newton was also awarded a $1,000 scholarship from the Prince Hall Masonic Foundation. Newton said these opportunities for “free money” were possible because of Wickham, who coaches seniors. 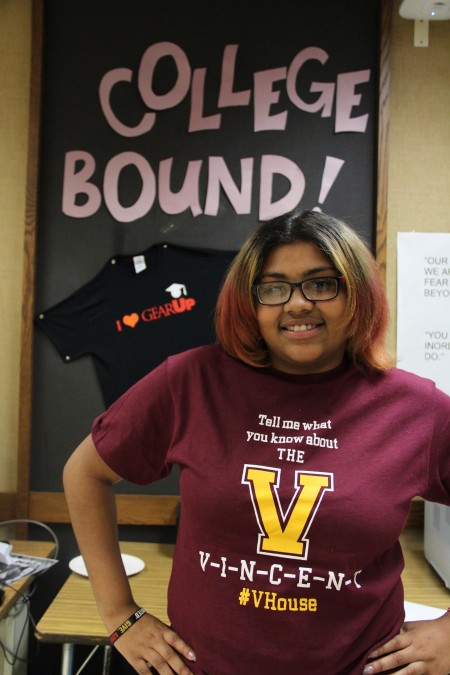 “(The coaches) were just a boost to actually get me started,” Newton said. “I’m really thankful for them.”

College Possible is a two-year program for junior and senior high school students. Junior year offers ACT practice and training, while seniors focus on the college application process and applying for financial aid. College Possible has partnered with 14 high schools in the Milwaukee area.

Newton’s is the first cohort of seniors to complete College Possible at Vincent.

Successes such as Newton’s not only encourage her fellow seniors, but juniors as well. “Juniors know that they have light at the end of the tunnel. This program is going to get you through,” said Jason Calien, co-principal at Vincent. This year 90 percent of the senior class has been accepted to a four-year college or university. Ninety-three percent of Vincent students were black in 2013-14, according to the Wisconsin Department of Public Instruction.

In addition to helping students navigate through financial aid applications, the program brings a more positive atmosphere to the school, he added.

Newton’s formula for success relies on effort and self-motivation. When her mom passed away in the sixth grade, she said it changed her.

“She was my other half. When she died, another part of me left… I am still fulfilling the other half of me today so I’ll be okay, I know it,” she wrote in her Horatio Alger scholarship application.

Newton, who lives with her grandmother and step-grandfather, said, “I’m really hard on myself about everything. I really want to be the best, and be better than I was yesterday.”

Wickham said Newton consistently attends the College Possible sessions, which are held twice a week after school. During the sessions, Wickham helps students write letters to colleges explaining their special circumstances, and teaches them how to address adversity and disadvantages in a positive manner. Wickham said Newton wrote about her experiences with bullying and body shaming in some of her scholarship essays.

Those experiences inspired Newton to get involved with the social justice club at Vincent. Wickham said she distinctly remembers hearing Newton during the morning announcements, encouraging other students to take a pledge against bullying. “I think it’s really cool that she is willing to take a stand and unapologetically be herself,” she said.

For Newton, sharing her story with foundations and colleges has been an important part of the application process. Before applying for the Horatio Alger scholarship, she discovered that poet Maya Angelou and actor Denzel Washington were also recipients.

“I got inspired by their story. The people that won the scholarship had a deep story behind them and that gained my attention,” Newton said.

As a College Possible participant, Newton will benefit from other services such as financial aid, scholarship counseling, internship opportunities and mentoring from alumni, such as Diakeishaye Murphy.

Murphy is a second-year College Possible coach and a new mentor for students who, like Newton, are transitioning to college. Murphy was named a Horatio Alger State Scholar in 2008 while attending high school in Texas. She attended Ripon College because of the university’s partnership with the Horatio Alger Association. Attending one of the approximately 300 colleges or universities that partner with the association provides students with additional resources and funding to maximize their college experience.

As a result of her scholarships, Newton is one step closer to attaining her goal to be the first person in her family to graduate from college, she said.