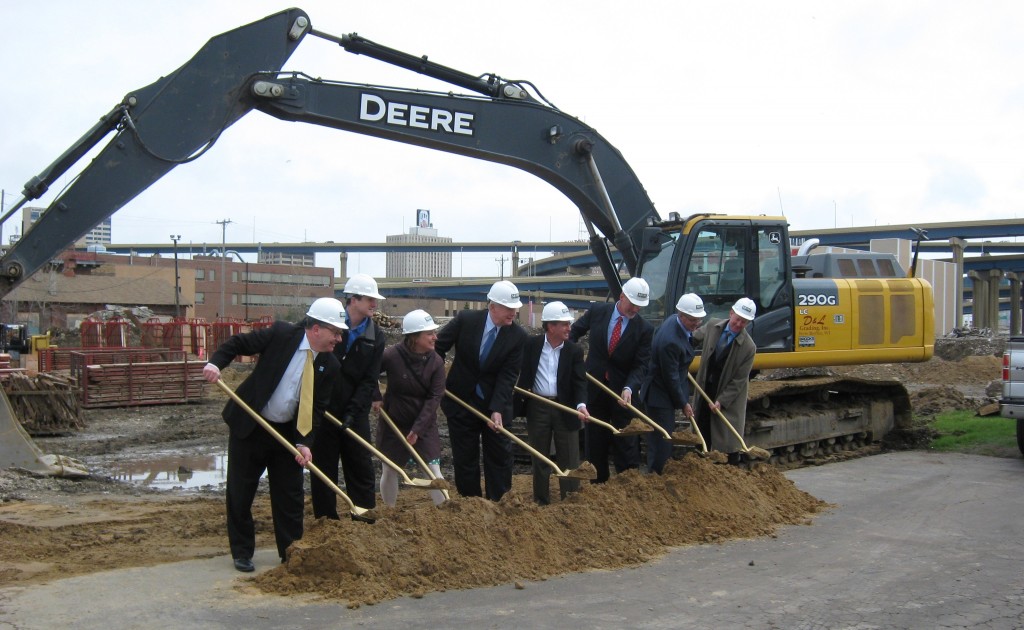 “This will allow us the space to ultimately double the size of the company and ensure that we can stay and do business in the City of Milwaukee for years to come,” stated Larry Stern, President. “We are proud to remain in the city where my grandfather founded the business. Few family-owned businesses successfully make it to a third generation and we now know that the company will stay in Milwaukee as my children, our fourth generation, are coming into the company.”

The City of Milwaukee sold Standard Electric an additional one and a half acres of land east of its current building along the Menomonee River to make room for the expansion that will include a 21,000 square-foot office and warehouse expansion.

“For nearly a century Standard Electric Supply has been a presence in Milwaukee’s business community.  It has added to our economy as an employer and supplier,” Mayor Tom Barrett said.  “I’m pleased City government has been able to play a role in Standard Electric’s latest expansion.”

Standard Electric Supply Co. has been doing business in Milwaukee for 97 years. The expansion comes 30 years after its move to the Menomonee Valley to make room for the construction of the Bradley Center.

“Standard Electric was a pioneer, and the company’s vision and leadership in investing here has led the course for the Valley’s revitalization,” Menomonee Valley Partners Executive Director Corey Zetts said. “In the last year we began a new chapter in the Menomonee Valley with the development of the Valley 2.0 Plan, and nothing could be a more fitting signal of the bright new future here than the expansion of one of the Valley’s earliest believers.”

Standard Electric Supply Co. is a third generation, family-owned company founded in 1919 and is headquartered in Milwaukee, Wisconsin. Standard Electric is the 83rd largest distributor of electrical and automation products in North America, has 15 locations throughout Wisconsin, Illinois and Indiana, employs over 180 associates and has sales in excess of $90 million.