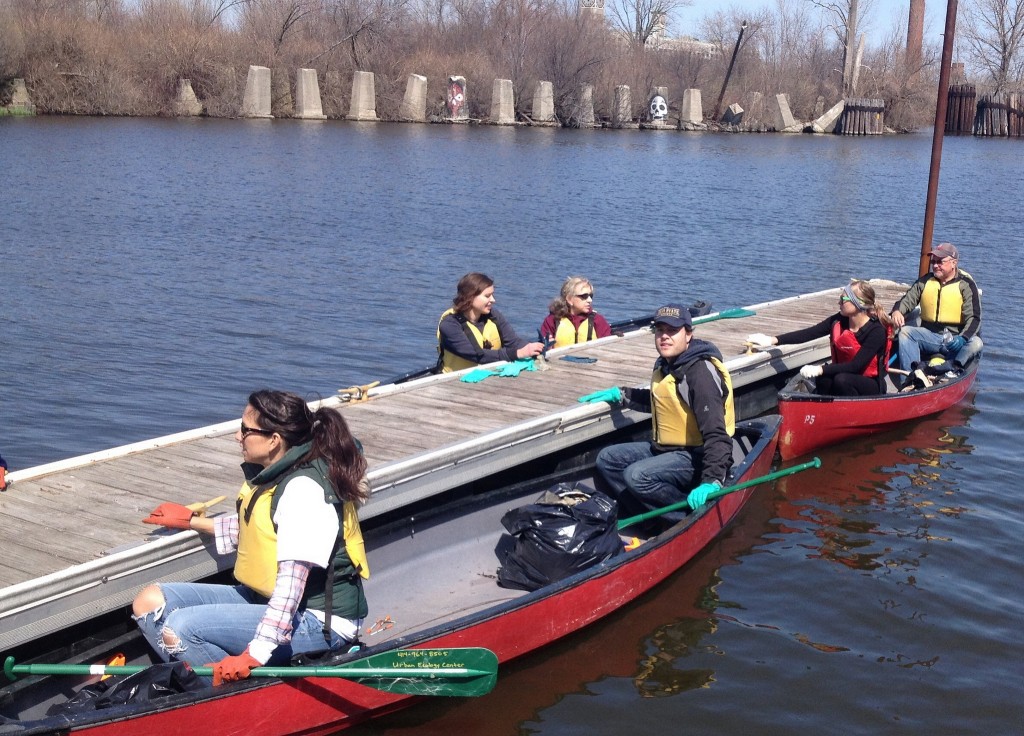 Jerome King spent Saturday wading through the Milwaukee River, putting garbage into a black plastic bag. As a lifelong Milwaukee resident, he said he felt it was his civic duty. “People throw their trash all over the place without caring about where it ends up,” he said. “If we want a clean city, we need to do the cleaning.”

King has participated in Milwaukee Riverkeeper’s annual Spring River Cleanup for several years and is one of nearly 4,000 volunteers who attended this year’s event.

Milwaukee Riverkeeper, a nonprofit organization dedicated to improving and protecting the Milwaukee River Basin, has been hosting the river cleanup for two decades. In its first year, the cleanup drew only a few dozen volunteers, but it has since grown into one of the largest volunteer events in the state.

“[The cleanup] not only makes the rivers more aesthetically beautiful, but it also connects people to the rivers, which is important, especially living in a city where we’re often disconnected from them,” said Nenn. 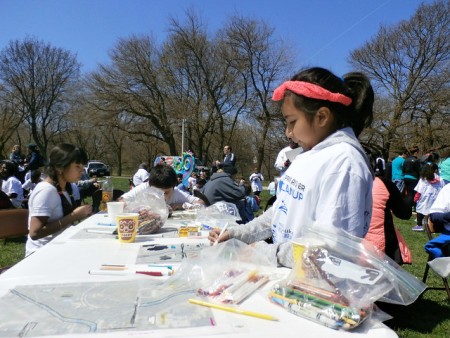 Nenn explained that connecting with the rivers inspires a sense of stewardship, which leads to more people volunteering. She also said the cleanup is a great way for residents to get a first-hand look at why it’s important to keep the rivers clean.

Milwaukee Riverkeeper wants residents to view the rivers as assets rather than eyesores, added Nenn.

Sarah Johnston, a volunteer, was pleased to participate in the cleanup. “We have a responsibility as members of this community to do our best to keep the rivers clean,” she said. “It’s not that hard to come out and help pick up and it benefits the whole community.”

Nenn said the implications of the annual cleanup go beyond beautifying the rivers. “Keeping the rivers clean reduces the risk to fish and wildlife,” Nenn said. “Our ultimate goal is for clean, fishable and swimmable water.”

Milwaukee Riverkeeper tries to inform people of how their actions affect the rivers. “People think that if they don’t live near the rivers then they aren’t hurting them,” Nenn explained. “But trash in the streets gets pulled into storm drains and always eventually finds its way into the rivers.”

The cleanups have had a positive impact on the rivers over the years, according to Nenn. “The rivers are getting cleaner and cleaner,” she said. “We used to find a lot of heavy trash in the rivers, but recently we’ve had sites reporting that they haven’t had a lot of trash to pick up, which is a good problem to have.”

Nenn said the rivers because are “the lifeblood of the city.” She added that she hopes that the number of people utilizing the waterways continues to increase.