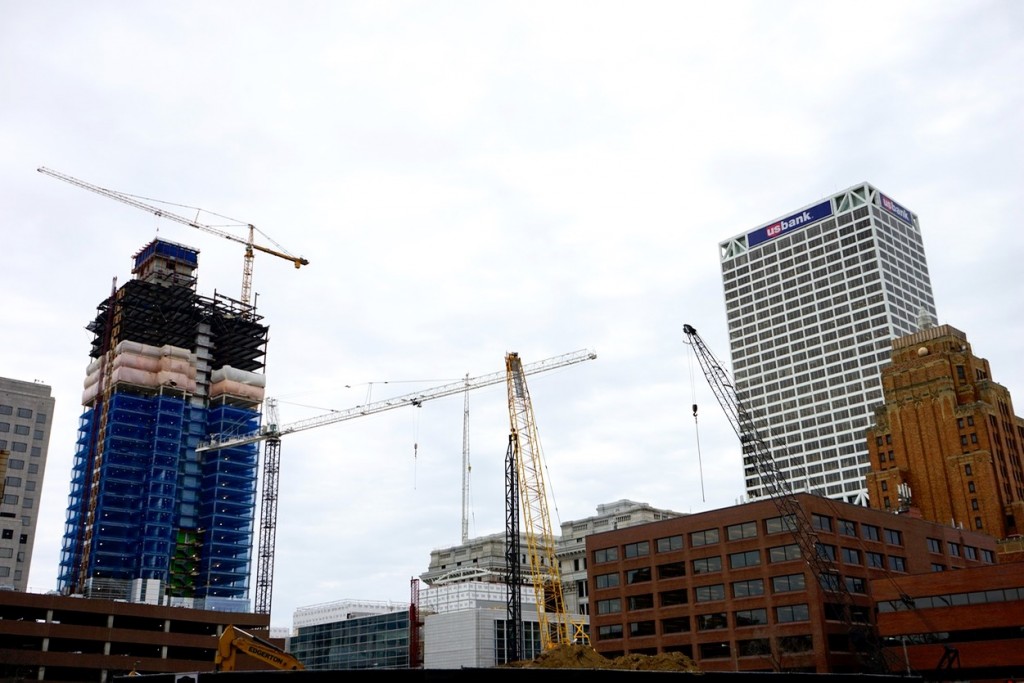 Over the past year, Milwaukeeans have watched the new Northwestern Mutual headquarters grow into the city’s skyline. Hundreds of construction workers are employed daily on the project, which is part of a major surge in downtown development currently taking place.

Thanks, in part, to the city’s Residents Preference Program (RPP), many of those workers are city residents who badly need the work. The RPP requires that at least 40 percent of the hours worked on public works projects and certain city-supported private development projects are completed by city residents who are unemployed, underemployed or low-income.

New research by the Public Policy Forum shows that most construction projects covered by the RPP are meeting their resident participation requirements, but also finds that very few of the entry-level RPP workers employed on those projects are building long-term careers in the construction industry. In fact, since 2010, less than 5 percent of the RPP workers active on City of Milwaukee public works projects and city-supported private development projects were engaged in apprenticeship programs, which are the traditional pathway toward a career in the construction trades.

In many ways, the Northwestern Mutual project exemplifies both the benefits that the RPP can provide for the city’s workforce and the limitations of the program as it is currently designed. The project is meeting the 40 percent resident participation requirement, in part by employing approximately 50 entry-level RPP workers at the project’s off-site location at the Century City business park. Workers there have been involved in assembling over 2,700 curtainwall units, which are the glass and metal panels that make up the tower’s exterior façade.

RPP workers we interviewed expressed gratitude for the opportunity to work on the Northwestern Mutual project. As one worker stated, “The [RPP] program is doing what it says it’s going to do. Prior to [our participation], I’m sure all of us were unemployed. We’re all working now.”

At the same time, participants expressed concerns about their future employment prospects. The Northwestern Mutual project is likely to keep them working until November, but there is no guarantee of work after that. Their RPP certification and experience on the Northwestern Mutual project provide them with a limited advantage in the labor market, but they realize they need to secure apprenticeships to gain steady work at a higher wage in the construction industry.

Many are struggling, however, to access apprenticeships in their trade of choice. They described the difficulties of taking unpaid time off to complete the pre-apprenticeship training they need, and frustrations with what some perceive to be a lack of apprenticeship opportunities in certain trades.

Our research reveals that across the country, other “targeted hiring” programs like the RPP are utilizing strategies to increase apprenticeships that could be considered here. Those strategies include requiring contractors who wish to bid on city construction contracts to sponsor apprenticeship programs; requiring contractors to utilize apprentices for a certain percentage of their workforce; and requiring a certain percentage of apprentices to come from targeted populations, such as city residents or residents of high-poverty ZIP codes.

The stories of the workers we spoke with are a testimony to the power and promise of the RPP as it applies to large development projects. Given the high rate of unemployment in Milwaukee and the level of development activity currently taking place in the city, however, now is the time to ask whether more can be done to connect those workers not only with short-term job opportunities, but also with pathways to careers.

In addition to strategies to open doors for apprenticeships, our report has suggestions for better targeting the RPP to low-income and minority populations and better aligning the program with the city’s larger workforce development and placement system.

The boom in local development has generated considerable pride and excitement in our downtown and our region as a whole. With a few tweaks to the RPP, we can also maximize the potential to extend its reach to Milwaukee’s neighborhoods.