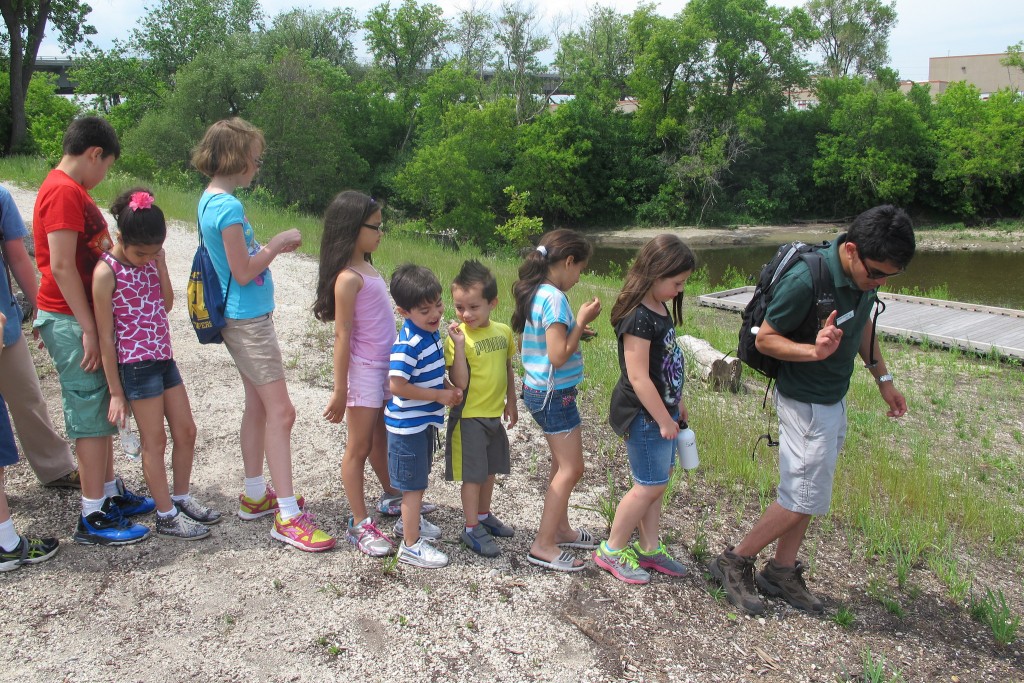 Michael Espinoza, an employee at the Menomonee Valley Urban Ecology Center, leads a group of kids from the center’s Young Scientists Club down a hill. (Photo by Edgar Mendez)

Several organizations in Milwaukee have recently opened registration for summer programs and camps, with the goal of keeping the city’s youth safe, engaged and well fed throughout the summer months.

Among the organizations is the Milwaukee Recreation Department, which is offering all-day enrichment camps for children between 3 and 12 years old, featuring themed weeks, field trips, games and educational activities starting June 20 and ending Aug. 12.

“Parents realize that their children need to be out doing something instead of sitting in front of the television or computer,” said Dea Wright, the summer camp supervisor at the Milwaukee Recreation Department. “Kids are active and they want to be hands-on and engaged.”

The camps are held at three locations throughout the city. The cost is $90 per week for the first child and $70 for each additional child per family. Those who qualify for Wisconsin Shares can sign up for a $40 fee for one child or $50 for a family. Reduced rates are also available for children whose family qualifies for other subsidy programs. 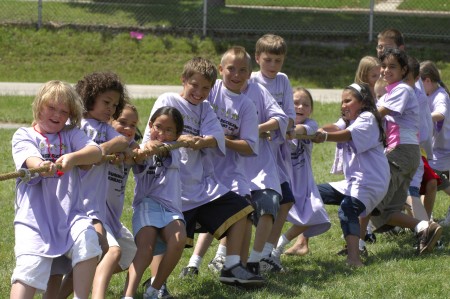 Through extended summer camp hours, parents can drop off their children at 7 a.m. and pick them up at 6 p.m. if needed. The department is also offering weekday programming at playgrounds across the city from 11 a.m. to 5 p.m. that includes physical and educational activities, free meals, sprinklers and wading pools

“It’s really important for parents to be able to go to work and have peace of mind,” Wright said.

Parents can also take advantage of summer day camps at the YMCA of Metropolitan Milwaukee for children between 4 and 15 years old that run from June 13 to Aug. 26. The YMCA offers traditional summer camps, sports camps and camps that feature specific activities such as climbing, cooking and building with LEGO blocks. All of the camps at the YMCA include weekly field trips.

The camps at the YMCA include daily 30-minute reading and math sessions in order to address the brain drain that typically occurs during the summer months, said Chris Przedpelski, the YMCA’s director of day camps.

This summer, the YMCA has added dinner to the meals that it offers at five of its seven summer camps, after officials learned last year that some parents were not allowing their kids to go to free meal sites across Milwaukee because of the violence in the inner city.

“What we found last summer with the historic violence was …that more and more kids were going to bed hungry in our city,” Przedpelski said. “Parents were making a difficult decision of letting their kids go get dinner and risk something possibly happening to them or having them go to bed hungry.”

Camp fees range from $184 to $281 a week per child, depending on the age of the participant, the activity and whether they are YMCA members. Scholarships based on demonstrated need and participation in the Wisconsin Shares program can greatly reduce the cost of the camps.

“What it boils down to is that many of our families are in need,” Przedpelski said.

The Urban Ecology Center also offers a range of summer camps and programs for children between preschool and 12th grade. Activities include exploration, topical educational opportunities and outdoor skill building.

A wide variety of summer camps are also available at Discovery World and the University of Wisconsin-Milwaukee while Journey House offers a series theater camps this summer.