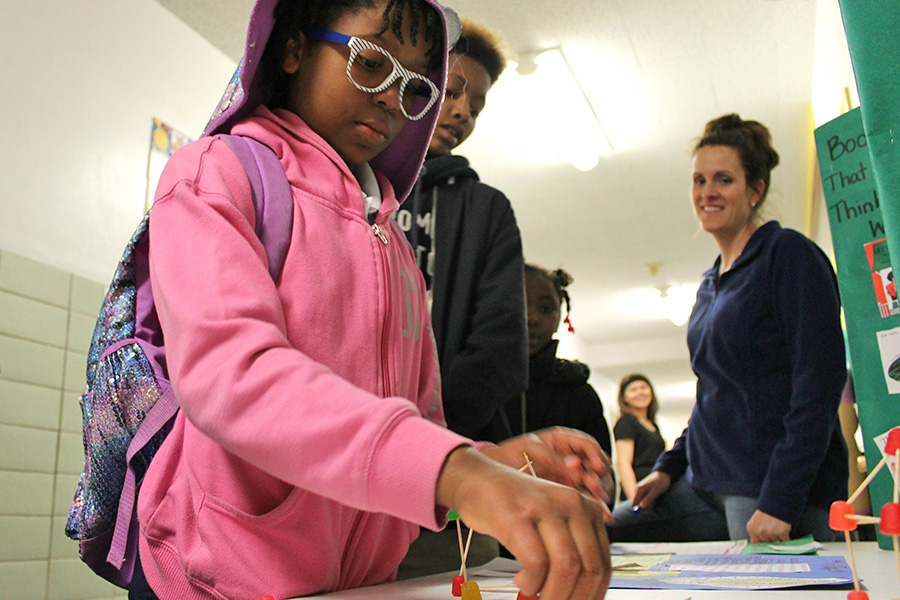 Capitol West Academy (CWA), a public charter school on Milwaukee’s northwest side, has been recognized by Washington DC-based Character.org for the work it does to build character as well as academic accomplishments in students.

The Promising Practice used in CWA classrooms is known as “The Extra Degree,” which refers to that one last degree it takes, from 211 to 212 degrees, to cause water to boil. The idea is that at 211 degrees water is hot; at 212 it boils and creates steam. And steam can power trains.

The question for students is: Where will you put the extra degree, that extra effort to reach your steam-powered goals?

At CWA, when a student goes above and beyond, they are recognized for going The Extra Degree with a note card explaining their kind gesture. Examples include “She helped me with my homework,” “He persevered until he learned how to divide fractions!” and “They picked me up when I fell down in the snow.”

The extra degree practice is tied to CWA’s core values of respect, responsibility, honesty and achievement.

CWA has been recognized by Character.org for its focus on character development several times before. It has been named a National School of Character and has won national and state Promising Practices awards for 5 out of the past 6 years. What this means for CWA students is they study character subjects like core values, goal setting, team building and community service, as well as academic subjects like language arts, math and science.

These awards are given in 29 states, plus Washington D.C. and in four nations outside the United States (Canada, China, Columbia and Mexico.) CWA is one of only four Wisconsin schools to receive this recognition in 2016 and the only Milwaukee school on this year’s winner’s list.

Capitol West Academy, 3939 N. 88th St., enrolls students in grades K-4 through 8. It is chartered through the University of Wisconsin-Milwaukee.

Character.org is a national nonprofit that works with schools and districts to educate, inspire and empower young people to be ethical and engaged citizens. It is led by education leaders who are dedicated to teaching youth how to be both smart and good through the advancement of quality character development.

Promising Practices highlights what’s going well in classrooms across the world. The program is simple in scope and recognizes many wonderful ideas form passionate teachers who are making a real difference in the lives of students.