You are here: Home / Community Voices / Milwaukee Taco Fest: I’m not your sidekick
Share this... 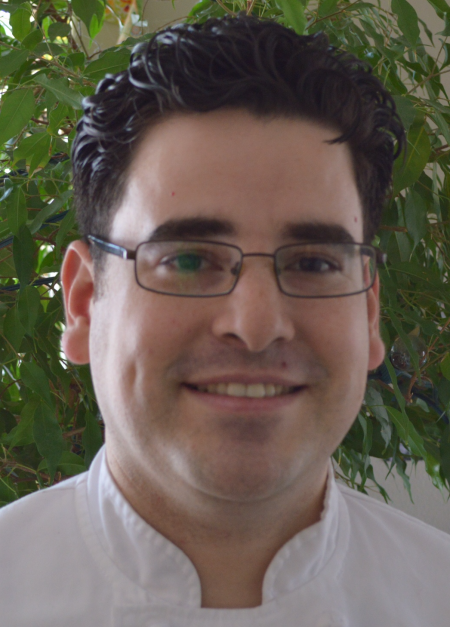 Gil Amador-Licea, a chef at a downtown hotel and a proud Mexican-American, takes issue with Milwaukee Taco Fest, to be held June 5 at the Harley-Davidson Museum.

When I learned about Milwaukee Taco Fest about a month ago, I disagreed not with the concept, but with how it was designed and how it’s run. Here’s what I said on my blog : “There is nothing more flattering as an immigrant than knowing other people want to know about my culture and traditions, trying to learn our language and our recipes, [but] it starts to become ambiguous when a person with a default privilege captures whatever it learned from that culture, puts it in a box and without connecting any dots or even knowing or caring for knowing the significance of those newly possessed items, it modifies them and then shares them as their own.”

To be honest with you I don’t care how you make a taco. I’m a chef and a Mexican with a very traditional family but I acknowledge the evolution of food and cultures. I also recognize the power dynamics associated with these changes. It’s certainly just food if you just want to see it that way, but recipes have a DNA and a map. It’s no doubt the result of many brains and circumstances: natural, political, social. A recipe and the way you execute it is a map that describes you. Even the way you follow a written recipe describes who you are.

Nothing would make me happier than having Mexican recipes being recognized side-by-side with other respected international cuisines. In my case I love French cuisine. I don’t know most of the history behind it or the regional cultures as much as I know Mexican, but I respect and try to learn as much as I can. I keep a distance by not trying to become French.

I also know many people who are not Mexicans who love Mexican culture and cuisine and give us the respect we deserve. Thanks and keep cooking please.

When I wrote my criticism of Milwaukee Taco Fest I was not expecting the public reaction, which was mostly favorable. I also had people attacking me, even on angry videos on YouTube, which I think is hilarious. The reaction shows you that we’re not just talking about food, or in this case just tacos; we’re talking about a city in distress. Half of the city can’t sleep well because they’re poor and they’re second-class citizens and the other half can’t because they’re afraid of them: us.

How would you define The American Dream?

Social mobility. That’s the dream, the hope of one day being able to escape our class, proving that we live in a very well defined caste system. Some people have more privilege than others, and this is nothing new. What’s new is the excuses to accept this.

My American dream began a decade ago, and I’m very proud of what I’ve accomplished. But this experience allowed me to see the different layers of injustice and inequality, specifically in Milwaukee, where segregation is remarkable. You can either learn from that experience and show solidarity with those who are still behind or try to bury them and mimic the class you now belong to.

I choose solidarity. That’s why I’m outspoken even when English is not my first language and I’m for the most part an introvert personality. I say this because one of the multiple reactions to my past blog post was “he’s clearly not a writer.” Well, you don’t need to be a scholar to know that, but I’m a person and I have a voice. The fact that people know what I’m talking about is good enough.

I know some Mexicans have chosen profit over self-respect, adapting to a racist society that mocks us just for fun, for money. I know many Mexicans have no other choice because in business you either adapt or die. The same thing happens if you want to move from one class to a higher one. Being Mexican hasn’t been easy for generations.

I could probably end this by saying, eat tacos, eat whatever you want, enjoy them, enjoy your own recipes, just don’t be a jerk and respect other cultures—but this happened recently.

I received an invitation to cook tacos at the Milwaukee Taco Fest in response to my blog post. I received this manila envelope at work on Cinco de Mayo. First, I want to be clear that my employer has nothing to do with this. I’ve never said where I work or what my title is, so please don’t contact me at work ever again: that’s incredibly unethical and tasteless. Number two, on Cinco de Mayo? Really?

The invitation says, “Gil, hope to see you there to taste your tacos. Michael.”

Let me tell you something Michael & Co., I cook not only because that’s my profession, but because I love cooking. I have never served or prepared something with anger or bitterness in my life. Even when a customer gives me a hard time, I try to do it with love and true hospitality. You can’t expect me to cook tacos for you or for an event I truly disagree with. What were you thinking when you came up with this idea? I was talking about cultural appropriation and disrespect of Mexicans and you want a Mexican chef, one of the few Mexican chefs in Wisconsin, to go to your event and mimic your values? Are you serious?

I’m glad that being Mexican is cool now, and people feel attracted to Mexican personalities, history, flavors and traditions. But think about this for a second: It’s how you use that knowledge and give credit without being condescending, which can be racist too.

Have your festival, enjoy tacos and lucha libre, but for the love of God, lose the sombreros and ponchos. You don’t need to be a social philosopher to understand that.

PS: In your invitation, you misspelled Mariachi Bands, it’s not “marichi.” If you want to own a culture and profit from it, at least learn what to call them.