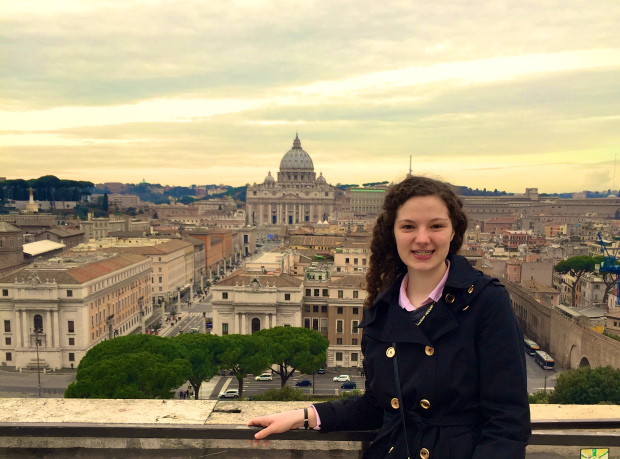 Everyone remembers her first journalism assignment. Mine took me away from my Marquette world of North Face parkas and Polo oxfords and into Harambee, a low-income, African- American neighborhood on Milwaukee’s North Side, as part of my internship with Milwaukee Neighborhood News Service.

Gripping my pepper spray and carrying preconceived notions, I went in hoping to cover the event, file my story and move on to bigger – and better – assignments.

I arrived at the Holton Youth Center where volunteers transformed a small classroom into a turquoise and orange oasis. This colorful study space, the “dream room,” was an area for neighborhood children to dream big and work toward becoming doctors, lawyers and engineers.

Volunteers coordinated a poetry slam afterwards to dedicate the room’s completion, though the assembly had several glitches.

As I scribbled in my notepad, I couldn’t help but feel that covering this event, which drew fewer than 25 people, was below me and my journalistic skill. Surely, I was capable of covering something far more important.

I had expressed this thought earlier to my roommate.

“Kel, everyone has to start somewhere,” she told me.

And in a way, that’s what the dream room was for these kids – a place to start somewhere. My attitude towards this assignment became dramatically less judgmental after this realization, an epiphany that still morally guides my reporting today. I understood that underreported communities were far more interesting to write about than some of my more traditional subjects.

One volunteer in particular is still engrained in my memory. Her face, her voice, her kindness. She treated me with a respect I did not expect from people in this neighborhood. I try to provide my readers with what she provided to me that day: perspective.

That’s why I want to be a journalist. To meet these people and tell their stories.

Interning with Milwaukee Neighborhood News Service was my “dream room,” my place to start somewhere. My clips – OK, and Sharon McGowan’s ruthless editing – got me my next internship, which laid the foundation for the next one and paved the path for the one after that. Enterprise opportunities, such as reporting on Milwaukee Public Schools’ pernicious truancy, are what helped me land an enterprise reporting position after graduation.

My four years of journalism education have taken me from an Amish furniture store in northern Wisconsin to the wheat fields of Kansas to the newsroom of the esteemed Milwaukee Journal Sentinel and to the cobblestone streets of Rome – but it began in a little room on the fourth floor of Johnston Hall.

After that first assignment, I waiting for the bus to take me from Harambee back to Marquette when I noticed the woman I interviewed earlier that evening. As she left the center, she introduced me to her daughter.

“This is Kelly, honey. She’s a reporter.”

It was the first time anyone ever called me that.

Like the kids who started their dreams that day, I also started mine.

Kelly Meyerhofer is an enterprise reporter for The Island Packet, a daily newspaper that covers Hilton Head Island and the surrounding communities. Email her at kellymeyerhofer@gmail.com and follow her on Twitter @kellymeyerhofer.