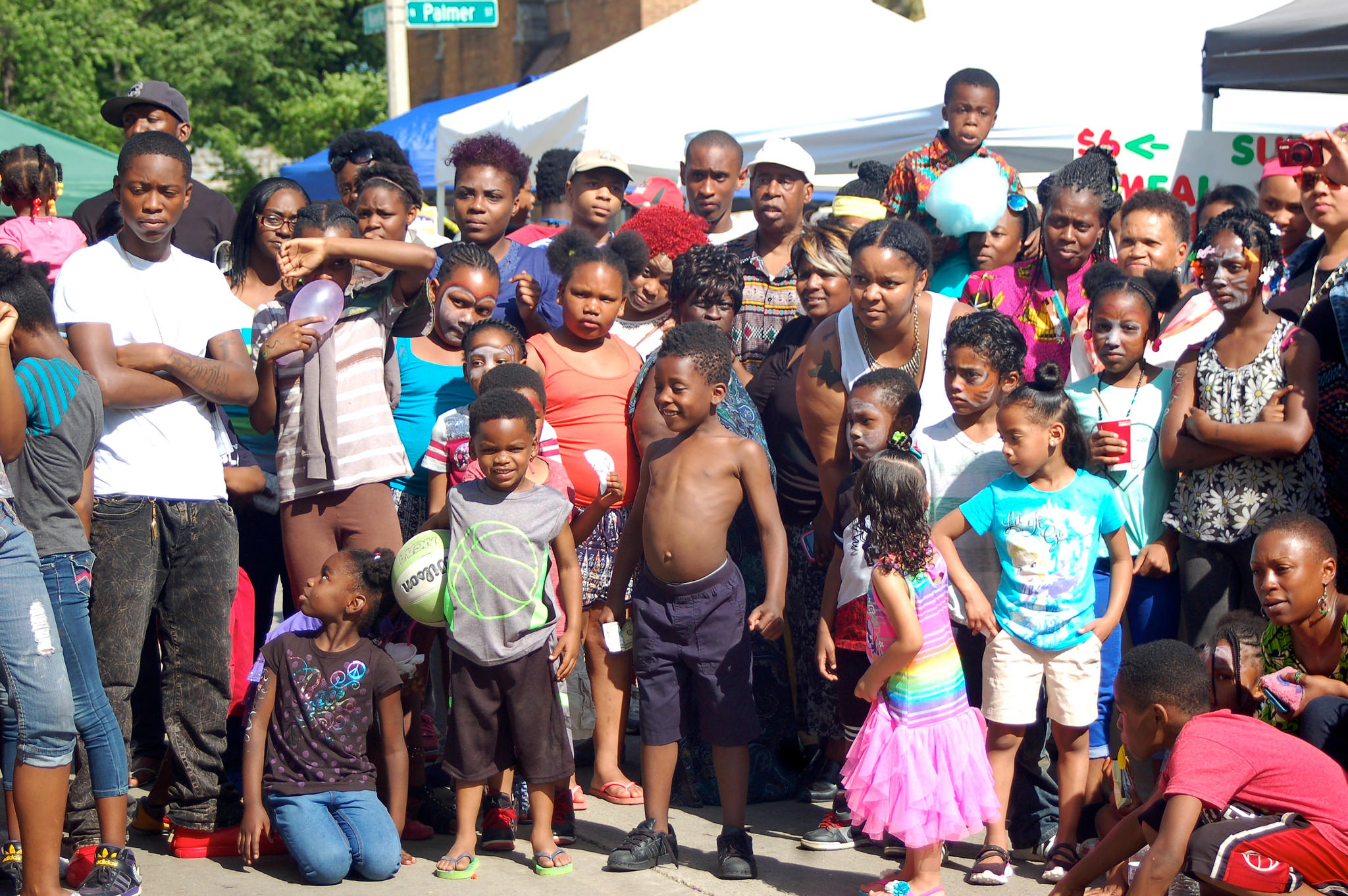 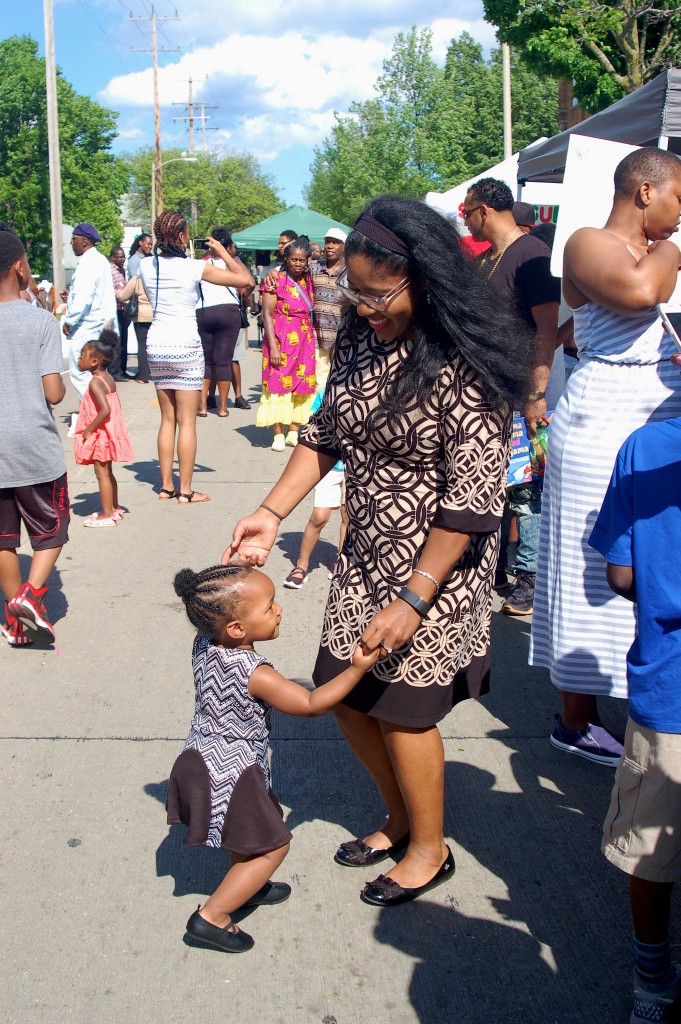 A mother and daughter dance to the DJ’s music at the block party. (Photo by Amelia Jones)

Ajamou Butler commands the packed crowd at Keefe Avenue and 1st Street to “spread love around the community.” Vendors line the block selling food, books, art and “Heal the Hood” merchandise. An African dance and drum troupe performs and a local rap group makes a special appearance. People laugh, cheer and connect with their neighbors.

This was the fifth annual “Heal the Hood” block party put on by Butler, 23, who launched the campaign in 2012 to promote peace in an atmosphere of violence.

Northwest side resident Aziza Courtney, who grew up with Butler, said, “This is something Milwaukee needs. There is a lot of pain and a lot of hurt.”

Butler said he took on the leadership role in the campaign to show people there is an alternative to the pain and hurt on the streets. “I am a young black man from the city who wants to give back and do something that someone should have done for my generation,” he added.

For the first time this year the festivities were spread over two days, at a new location. Representatives from United Way of Greater Milwaukee & Waukesha County, Say Yes to MPS and Planned Parenthood set up tables at the event.

More than 250 people attended on Saturday; four years ago only 30 people came.

Butler said he was touched that a homeless family came to his block party, ate food, chatted with new friends and enjoyed themselves. When they went back to the shelter that evening for dinner, where spaghetti noodles were served, the mother said out loud, “I’m so glad my kids ate at the block party.”

Food is one of Butler’s top priorities. Sponsor United Way provided $500 to make sure everyone who comes gets a hamburger, hot dog or veggie burger.

“It’s incredible that so many people are able to be fed,” Butler said. 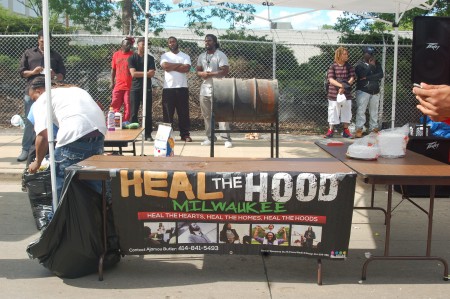 The “Heal the Hood” banner was displayed on the food table at the block party. (Photo by Amelia Jones)

Taking advantage of the support behind the block party, Butler created another event called “Heal the Hood Fest,” which takes place in late August before school starts.

“It is a back-to-school block party,” he said, “but we turned it into a festival with more activities, food and entertainment.”

Butler also has hosted resource fairs, job fairs and a women appreciation fair for the community. In addition, he speaks at local high schools discussing options for students’ futures.

Leterry McKinny attended the block party for the first time this year.

“The spirit of the event is unity, all of us coming together in a positive standpoint — that’s what makes this day go on,” he said.

“Being around love, nothing but love around here,” he said. “That’s why everyone came here.”