You are here: Home / Home / Carousel / That Salsa Lady expands urban ranch with helping hand from neighbors
Share this... 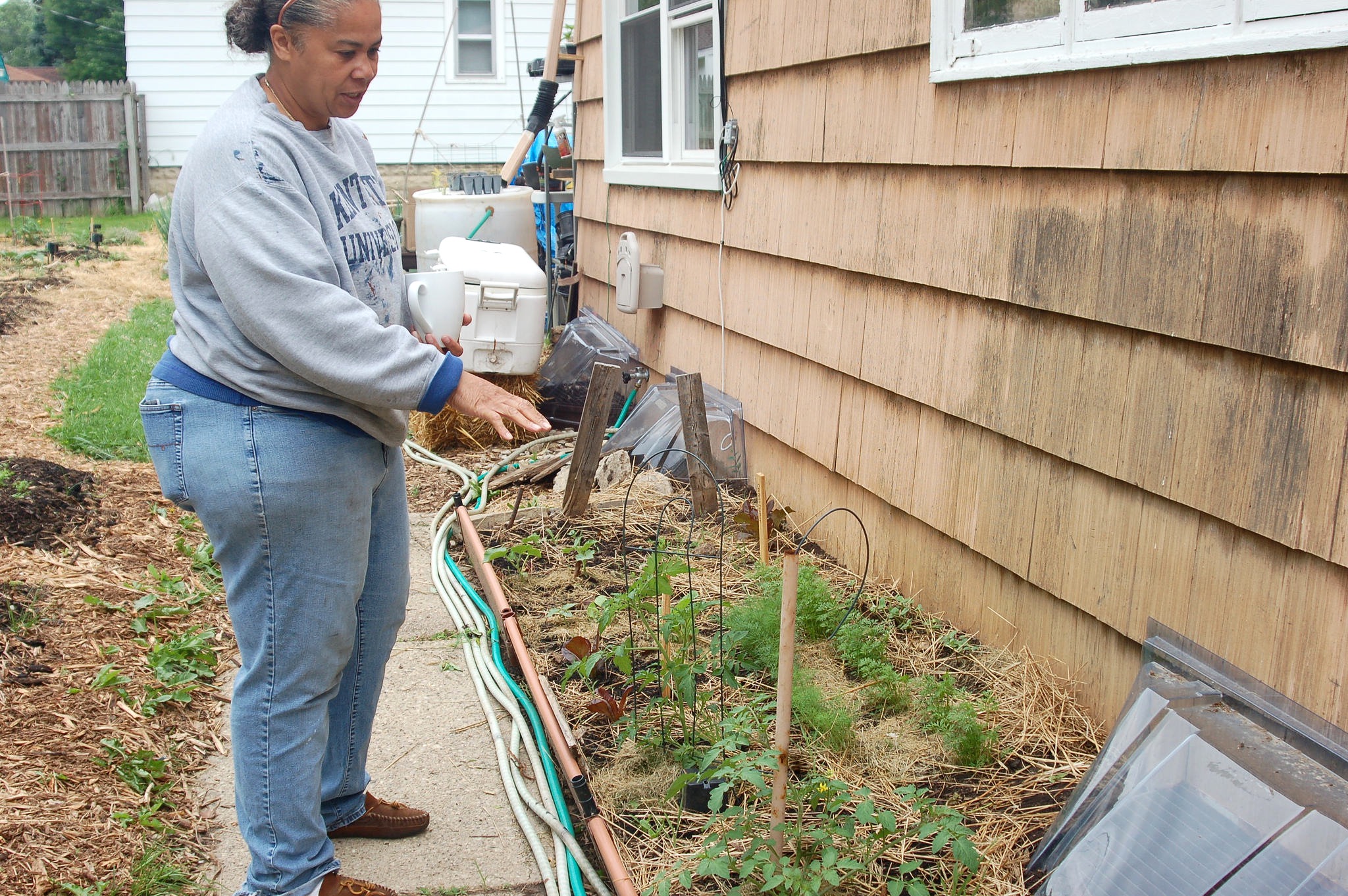 Angela Moragne points to the garden she created for her grandson. (Photo by Amelia Jones) 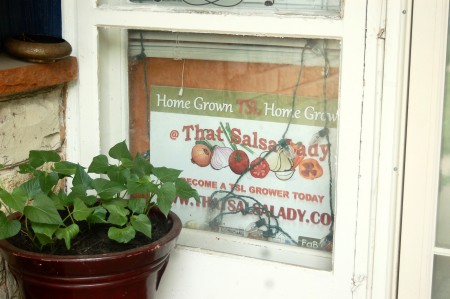 That Salsa Lady sign graces the front window of That Hood Ranch.
(Photo by Amelia Jones)

Angela Moragne loses track of time when she gardens at “That Hood Ranch,” her urban ranch. It’s “soothing” and “poetic” to watch “nature starting to incubate its own self,” she says. But it’s also good business. The backyard of her house contains 21 separate gardens where she grows tomatoes, cabbage, cucumbers, hot peppers and ginseng for six companies that pay to use the land.

Consisting of 20,000 square feet, the ranch is a fixer-upper located in Lincoln Creek on Milwaukee’s North Side. Moragne, a social entrepreneur, purchased the abandoned property from a local developer in 2014.

Moragne created the ranch two years ago with five gardens where she grew ingredients for That Salsa Lady, a gourmet salsa and tortilla chip company that she owns and operates with her daughter, Stevey Pitts, 26. In March, she added 16 more gardens in collaboration with Good Stuff Gardens, 2520 N. 20th St., which makes jams and pickled goods.

That Hood Ranch collaborates with community members such as police officers in the 7th District who come one weekend every month to pull weeds, harvest plants and repair fences.

One of Moragne’s neighbors, James Madison, supports her efforts. “The urban ranch is a good motivator for people in the neighborhood to do something positive,” he said. 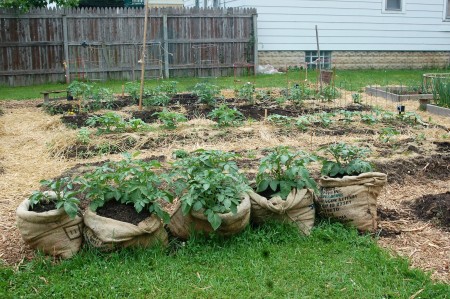 Eight companies have gardens at That Hood Ranch. (Photo by Amelia Jones)

In addition, artist Fidel Verdin, outreach director at TRUE Skool, will paint murals on the back of the house.

“That Hood Ranch has connected so many community members,” Moragne said. “People want to be a part of it.”

Moragne launched an online campaign in April to raise money for improvements such as adding a greenhouse and enhancing the gardens’ irrigation system, but has raised only $300 so far.

“When people ask where to grow specialty items during the year I want the answer to be, ‘You gotta go to That Hood Ranch!’” Moragne said.

At That Salsa Lady, Moragne gives back to the community through “flava forward,” a version of “pay it forward.” If a customer doesn’t have enough money for a purchase, Moragne uses money from tips to make up the difference.

“Flava forward makes people’s day,” she said. “Nobody is embarrassed and everyone walks away with salsa.”