You are here: Home / Home / Carousel / Black Holocaust Museum brings together diverse group for film and dialogue series
Share this... 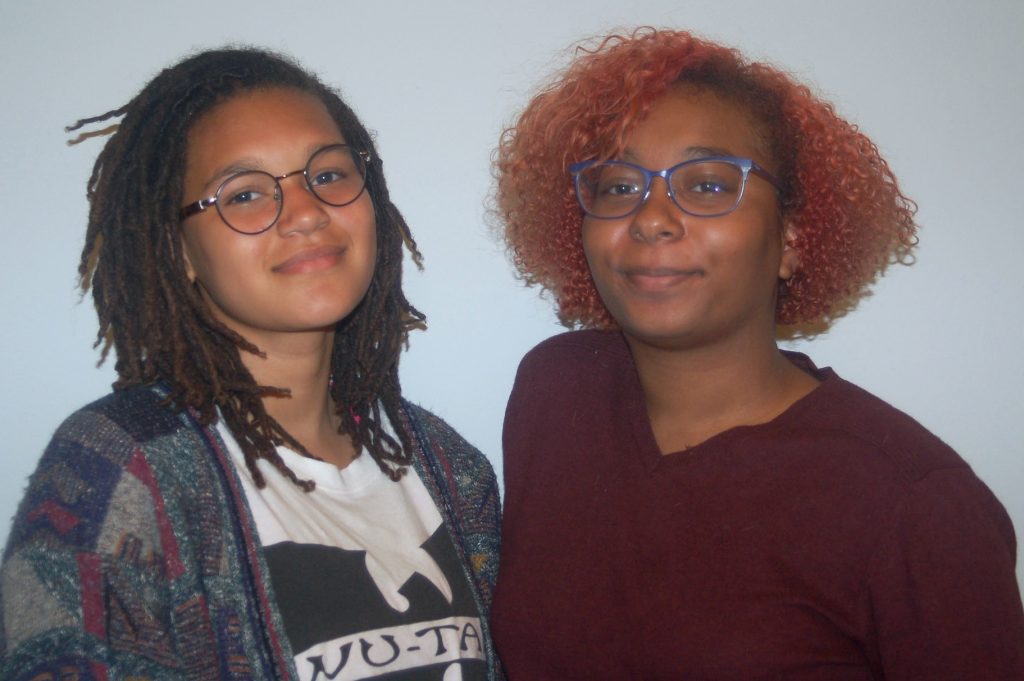 During the past three months, Reggie Jackson and Fran Kaplan of America’s Black Holocaust Museum brought together people of different races, ages and genders to talk about the role institutional racism plays in people’s lives.

The museum recently concluded “White Frame/ Black Frame: The Hidden Roots of Racial Realities,” a free six-session film and interracial dialogue series. Participants were asked to commit to all six sessions so members could build trust with one another.

Fifty people, ranging from teens to senior citizens, participated in the series. They were divided into seven discussion groups and each was assigned a facilitator.

Jackson, head griot, and Kaplan, the virtual museum’s coordinator, showed a short film clip at each session from “White People,” a 2015 documentary about white privilege in the United States, to trigger discussion. The facilitators watched the clips for the first time during the sessions, so they were able to share their immediate reactions.

Participants also suggested film clips for Kaplan and Jackson to show during the series. Donte McFaddan, co-founder and co-programmer of the Black Lens Program at the Milwaukee Film Festival, participated in the series and suggested several clips including portions of “Hollywood Shuffle.” The film follows an actor limited to stereotypical roles because he is black. 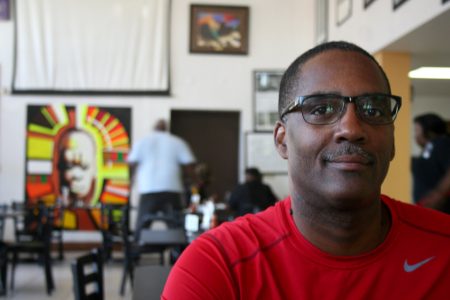 “Seeing that there are differences in how we experience life allows us to come together,” Jackson said. “We hope people learn that institutional racism plays a role in all of our lives.”

Troy Freund, a participant in the series, said the clips drove home the reality of how serious racism is. He added that he benefited from hearing his group members’ reactions.

“We all have to learn about ourselves,” Freund said. “I love my city, I’ve lived here for 20-something years, so I signed up (for the series) thinking ‘let’s see what I can learn.’”

Addressing how minorities can feel isolated moving into a predominantly white neighborhood, Freund said there will always be people who are close-minded, but the community needs to put forth a bigger effort to make people feel comfortable.

Maria Cunningham, a librarian at the Milwaukee Public Library and ABHM volunteer, served as a facilitator and put together a suggested reading list for the participants. One of the selections was “How Does It Feel to Be a Problem?” by Moustafa Bayoumia, which details how young Arab and Muslim Americans are often viewed as the enemy in American society. “White Like Me: Reflections on Race from a Privileged Son,” by Tim Wise, an author and educator, also was included on the list.

Cunningham said she enjoyed watching participants become more comfortable as the weeks went on. “Programs like this show that people can talk about these problems and that it is safe to do so,” Cunningham said.

“It is very gratifying to see people of so many different groups come together and have very civil conversations,” Jackson said.

Nisea Thurman-Wamubu, 15, and Stephania Parrett, 17, were the two youngest facilitators. Both participate in Urban Underground, an organization of young people committed to building safe and sustainable communities. They found out about the opportunity from the program’s director and co-founder, Sharlen Moore.

The teens both agreed it was difficult at times to explain topics to people older than they are. “I felt so privileged to gain their trust,” Thurman-Wamubu said. “I never felt so much joy to share with others.”

Kaplan and Jackson recently received an Independent Publisher Book Award for contributing materials to the third edition of James Cameron’s “A Time of Terror: A Survivor’s Story.” Cameron founded ABHM in 1988. “A Time of Terror” is the only lynching account ever written by a survivor. Kaplan also served as the producer and screenwriter for “Fruit of the Tree,” a film on Cameron’s life.

In May, city officials announced that America’s Black Holocaust Museum has been offered space in a new building to be constructed at the corner of North Avenue and Fourth Street. Federal tax credits from the Wisconsin Housing and Economic Development Authority (WHEDA) will jumpstart the four-story building, in which the museum is expected to be the commercial tenant. The museum’s original building closed in 2008 due to financial difficulties.

“White Frame/ Black Frame” was the third yearly film and dialogue series hosted by ABHM. In prior years, full-length films and documentaries were shown, allowing less time for dialogue.

“We could see we needed more time to dialogue to take out a deeper meaning,” Kaplan said. “Having a place where we could talk so honestly is what made it work so well.”

Jackson and Kaplan hope to start hosting the film dialogue series more than once a year, since they had a waiting list for “White Frame/ Black Frame.”

“On one hand I feel really good about it (ABHM’s anti-racism efforts),” Kaplan said. “On the other hand I feel disgusted we still have to do this.