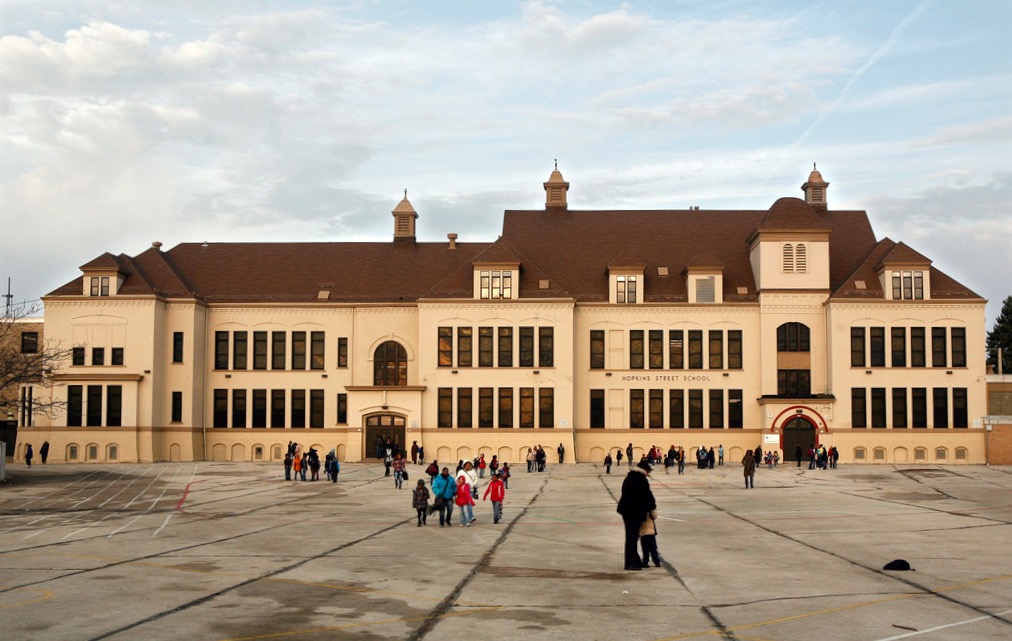 Scores of Wisconsin school districts spend more per student than MPS does. (Photo by Dan Johnson)

Jay Bullock, an English teacher and writer, argues that if the Opportunity Schools and Partnership Program (OSPP) really wanted to help Milwaukee students, it would provide more funding to MPS.

As a Milwaukee Public Schools teacher and Milwaukee resident, I read with great interest your op-ed, “We won’t give up on Milwaukee kids.” While I cannot speak for MPS or even my school, I can speak for myself. I don’t believe you.

I don’t believe you because your plan, the Opportunity Schools and Partnership Program outlined in the 2015-2016 state budget, neglects to provide the one thing critical to success in education: money.

Earlier this year, the Wisconsin Budget Project, using data from the Stanford Education Data Archive, compared Wisconsin school districts’ achievement against average family income. No surprise—the wealthiest districts had the best achievement scores. There were no outliers. That is, there is no district in Wisconsin where poor children are achieving a grade level or more above average or where wealthy children are achieving a grade level or more below average. Money is, without question, the best predictor of success, and it is what you refuse to offer Milwaukee in your plan to help us.

You provide no money to hire an OSPP commissioner. There is no money to pay staff, recruit teachers, attract students, purchase new curricular materials, fund partnerships with universities or other groups, pay for wrap-around and community services for students and families, or do anything else. It’s difficult to believe you have a commitment to Milwaukee’s children when your own plan must be implemented without a penny of assistance from you.

I don’t believe you because you and your colleagues in the legislature have decimated existing school budgets across Wisconsin. In communities that can afford it, referenda to exceed revenue limits have exploded. Milwaukee is resource starved and cannot afford such a referendum. Yet according to inflation-adjusted figures from DPI, MPS today receives $900 less per student in equalization aid, designed to make up for Milwaukee’s lack of resources, than in 2005. That’s over $70 million MPS can’t spend on teachers, books, computers, or support for students and families every year.

I chose 2005 for comparison because your op-ed made a point of discussing public schools in New Orleans after Hurricane Katrina, and how, after a decade of reorganization, achievement there is somewhat improved. But you neglected to include in your discussion of New Orleans a major reason why things changed: money.

According to the Cowen Institute at Tulane University, schools there spent on average over $2,000 more per student (inflation-adjusted) in 2015 than before Katrina; traditional public schools spent over $5,000 more per student. New Orleans was flooded with money—from the federal and state governments, from private philanthropists and foundations—to rebuild and support its schools. There’s not even a trickle of investment for Milwaukee in your plan.

I don’t believe you because I know you know money matters in education. You live in River Hills, where schools spend almost $1,000 more per student every year than MPS does, according to DPI’s report for 2015. You make a big deal in your op-ed about MPS’s billion-dollar budget, but you don’t acknowledge that scores of other districts, like yours and the one where your plan’s co-author, Rep. Dale Kooyenga lives, spend more per student than MPS does. In your home ZIP code, 53217, average household income is $98,000 per year, four times that of households in the much-beleaguered Milwaukee ZIP code 53206.

How can you claim to want to help Milwaukee’s children and not recognize this massive resource gap? How can you hope to bridge that gap with reduced state funding or, as in the OSPP, no funding at all?

I don’t believe you because you target only MPS, though dozens of schools in the city’s voucher program have results as bad or worse than the worst public schools. Despite this, you and the legislature have boosted voucher funding while slashing oversight, the opposite of what you do to MPS.

Finally, I don’t believe you because you don’t believe us in Milwaukee when we tell you what our students need. You and Rep. Kooyenga claimed to have “spent hundreds of hours in Milwaukee’s inner city” in 2014 before releasing your plan. I’m sorry, but visiting a place is not the same as living here and dedicating your life to the work of making it better.
The school where I teach is a failing school, eligible for takeover under OSPP. Our class of 2016, with about 100 students, graduated with $2.2 million in scholarship offers. Our students, many with Advanced Placement credits, were accepted to selective colleges and universities in Wisconsin and beyond. Yet we “failed to meet expectations.”

Did you ask my students, their teachers, counselors, parents, churches, state senators and representatives what you could do to help? My students would not ask for their teachers to be fired and their school handed over to an unknown entity with no budget. Indeed, Milwaukee’s legislators unanimously opposed your plan.

If you really want to help Milwaukee’s children, turn to what works in districts like your own and in New Orleans — expanded community resources and higher per-student spending. In other words, give us the one thing you don’t offer in your plan to help: money.

This is why I don’t believe you.

Editor’s note: A slightly different version of this piece was originally published on the “Blogging Blue” website, (http://bloggingblue.com/2016/07/an-open-letter-to-alberta-darling/)