You are here: Home / News / Arts and Recreation / Milwaukee youth use art to cope with stress
Share this... 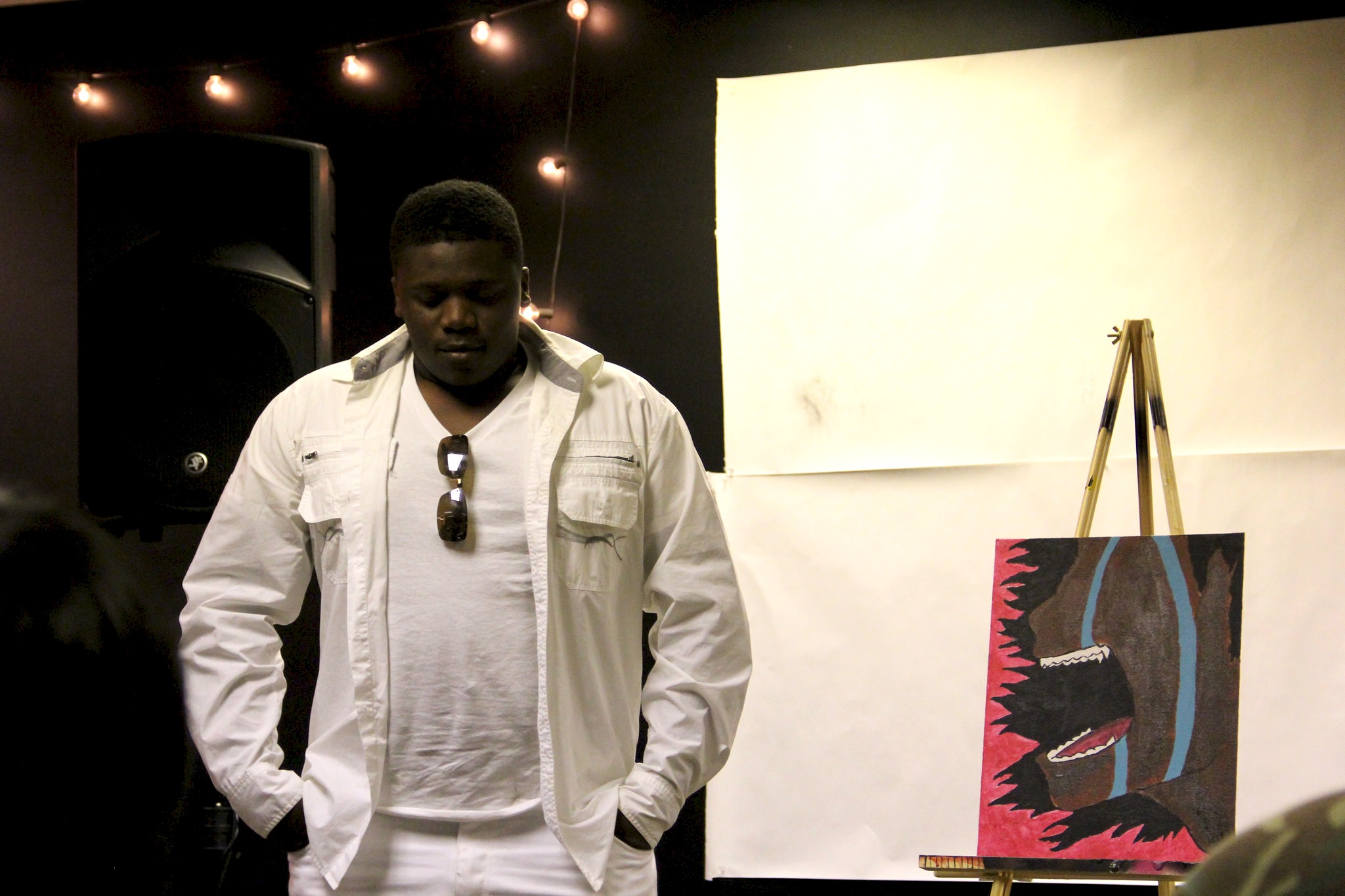 Andrew Reed, 14, a freshman at Milwaukee High School of the Arts, choked up when he read, “I love everyone even though everyone doesn’t love me” from an original poem, before an audience of 20 at TRUE Skool. A woman in the front row wiped away a tear.

Reed shared his poem about his experiences being bullied in school at the showcase of the nonprofit’s “Art of Coping,” curriculum. He and 16 other Milwaukee teens spent seven weeks learning how to use a variety of disciplines for coping with stress.

“(Meditation) is so soothing,” Reed said during a two-hour workshop earlier this summer, noting that this was his favorite coping strategy. “It’s like being reborn but without all the crying.”

The Art of Coping curriculum was a part of TRUE Skool’s summer internship program. Participants from TRUE Skool’s fall and spring programs were eligible to apply for the paid internship. Using skills they learned during the year, they painted a mural, organized a library and a place to grow herbs, and created a logo and YouTube channel for the urban arts organization headquartered on the lower level of the Grand Avenue Mall.

Each Wednesday, Shalina Ali, TRUE Skool’s program director, guided the interns as they explored reflection, meditation, yoga, journaling and dance. Each intern used a rock as a “grounding item” to help them clear their minds. 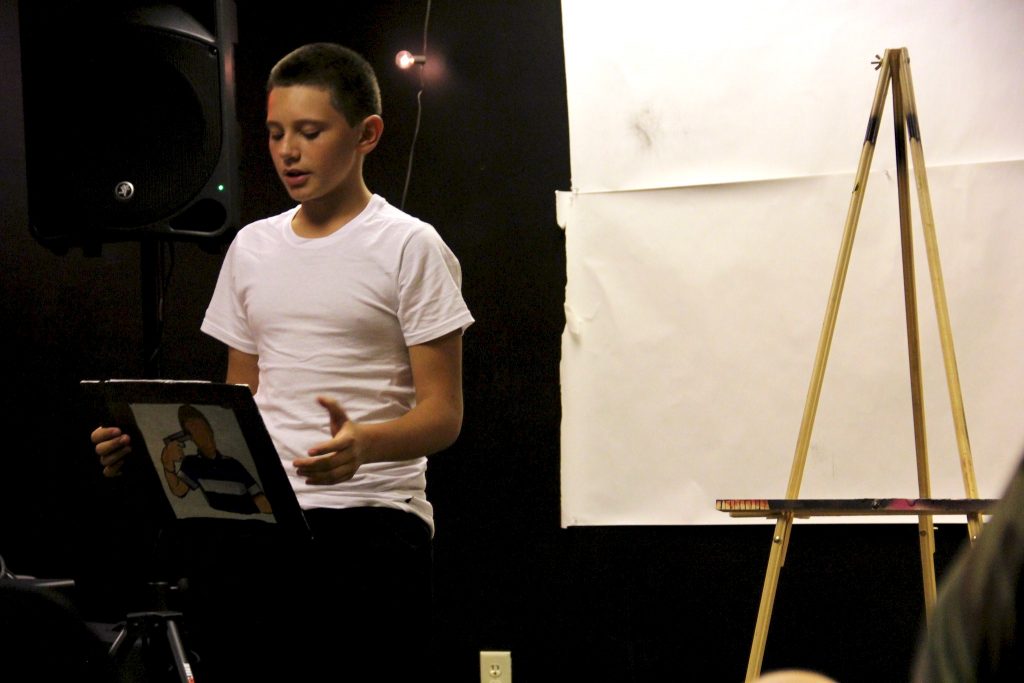 Andrew Reed, 14, a freshman at Milwaukee High School of the Arts, displays his painting and reads the accompanying poem. (Photo by Rebecca Carballo)

Shondriona Knight, 18, a senior at the Milwaukee School of Languages, said she uses the coping skills she learned this summer in her everyday life, particularly playing her flute and singing,

At the showcase, Knight played her instrument and read her poem “Smashed,” which reflects on a time in her life she describes as a “dark place.” One line from the poem says, “I am broken once again, and I can’t shake these feelings.”

Knight also likes to use dance as a way to cope, she said,

“Before the dance workshop, I was having a bad day and had to make hard decisions,” she said. “I was stressed, but by the end of the workshop I felt better.”

Karlies Kelley, founder of Panadanza Dance Co., who taught an Afro-Caribbean dance workshop as part of the curriculum, showed interns that communication and connection are crucial to coping. She incorporated Spanish, with the interns singing phrases such as saca la mano, which means “take the hand.”

Kelley said Afro-Caribbean dance may help some of the interns connect to their roots.

“Sometimes, minority cultures can be bashed out, but if you know that all the classical forms drew inspiration from African ancestors, it adds value,” Kelley said.

Joanna Brooks, director of the Embody Yoga studio, also taught a workshop. Yoga is “healing by its very nature,” Brooks said. While young people typically struggle with anything that makes them slow down, those in the group really enjoyed the opportunity to do so, she added.

Gathered in a circle, the interns talked about the coping methods they learned and expressed how they felt using their hands. Some had their hands raised in the air to show they were happy. Others held their hands at their chest to express they were at peace. A few folded their hands in their laps to indicate they were upset.

“Acknowledging your feelings is important because it helps you realize when you have to (act on them),” Ali said. “It’s why coping happens.”

However, this has not been easy for every TRUE Skool member.

Stephan Bell, 17, a senior at James Madison High School, said he has had to struggle with anxiety and that he was nervous about presenting his poem and painting at the showcase.

“Sharing emotion is sometimes difficult for me,” Bell said.

However, he appeared confident as he shared his poem about “a boy who tried to make everyone happy.”

Khadijah Perry, the mother of Tre Perry, 15, a sophomore at Homestead High School, said she was impressed that young people are learning coping skills.

“He brought it home,” she said. “He relaxed so much during his first meditation, it scared him.”