You are here: Home / Posts from Community / Rapid response in Sherman Park
Share this... 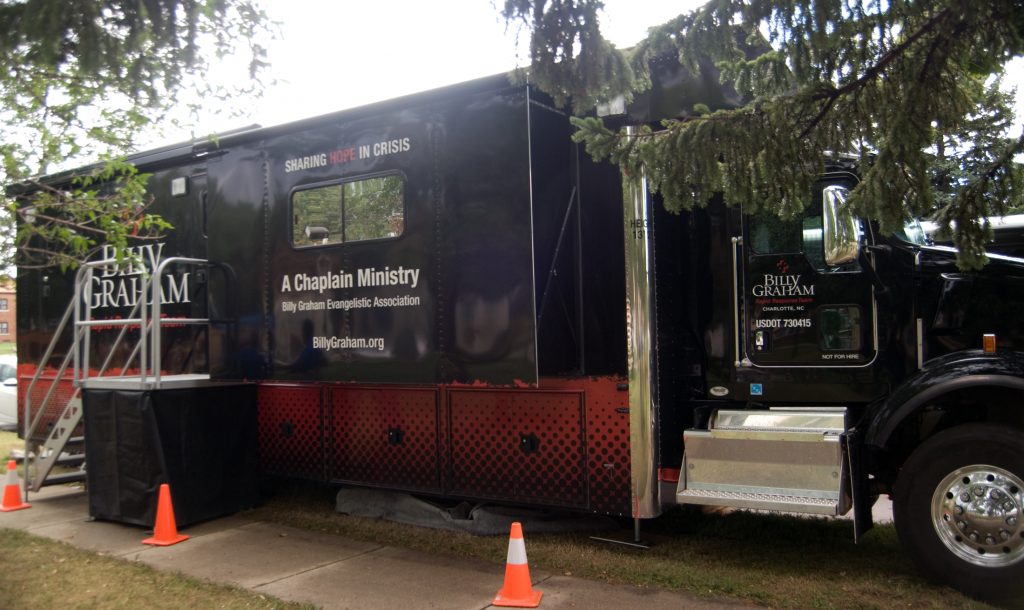 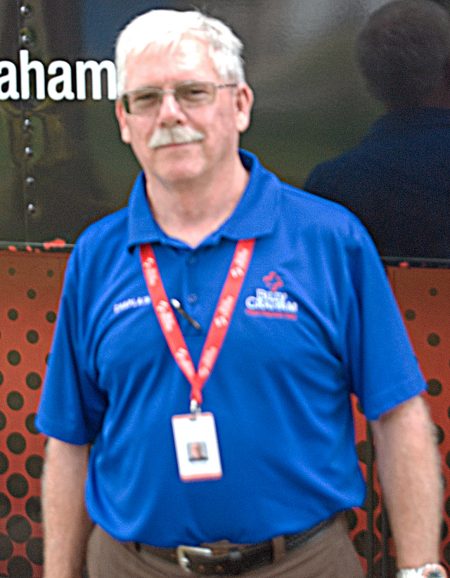 Wearing blue shirts and brown pants, 11 members of the Billy Graham Rapid Response Team took to the streets of the Sherman Park neighborhood to offer counsel and prayer to residents and others in the wake of the fiery social unrest there. Kenny Vaughn, the chaplain coordinator for the project, said local churches invited the team in.

Members came from various locales in America, the closest being Appleton, Wis. Vaughn hailed from Casa Grande, Ariz. Their headquarters was an office on a truck, which was parked on Sherman Blvd., just north of Burleigh St. – in front of the ruins of the BP gas station, which had gone up in flames.

The team, which was in full force by Monday, Aug. 15, is set to leave on Monday, Aug. 22, according to Vaughn. The unrest took place the Saturday and Sunday before the team’s arrival. Rapid Response members got into discussions and sometimes prayer with passers-by.

Vaughn, a retired firefighter, said he attended a roll call at the nearby 7th District police station last week and offered to pray for the officers. The fatal shooting of an armed suspect by police prompted the unrest.