You are here: Home / Posts from Community / Community celebration of life planned for veteran journalist Eric Von
Share this... 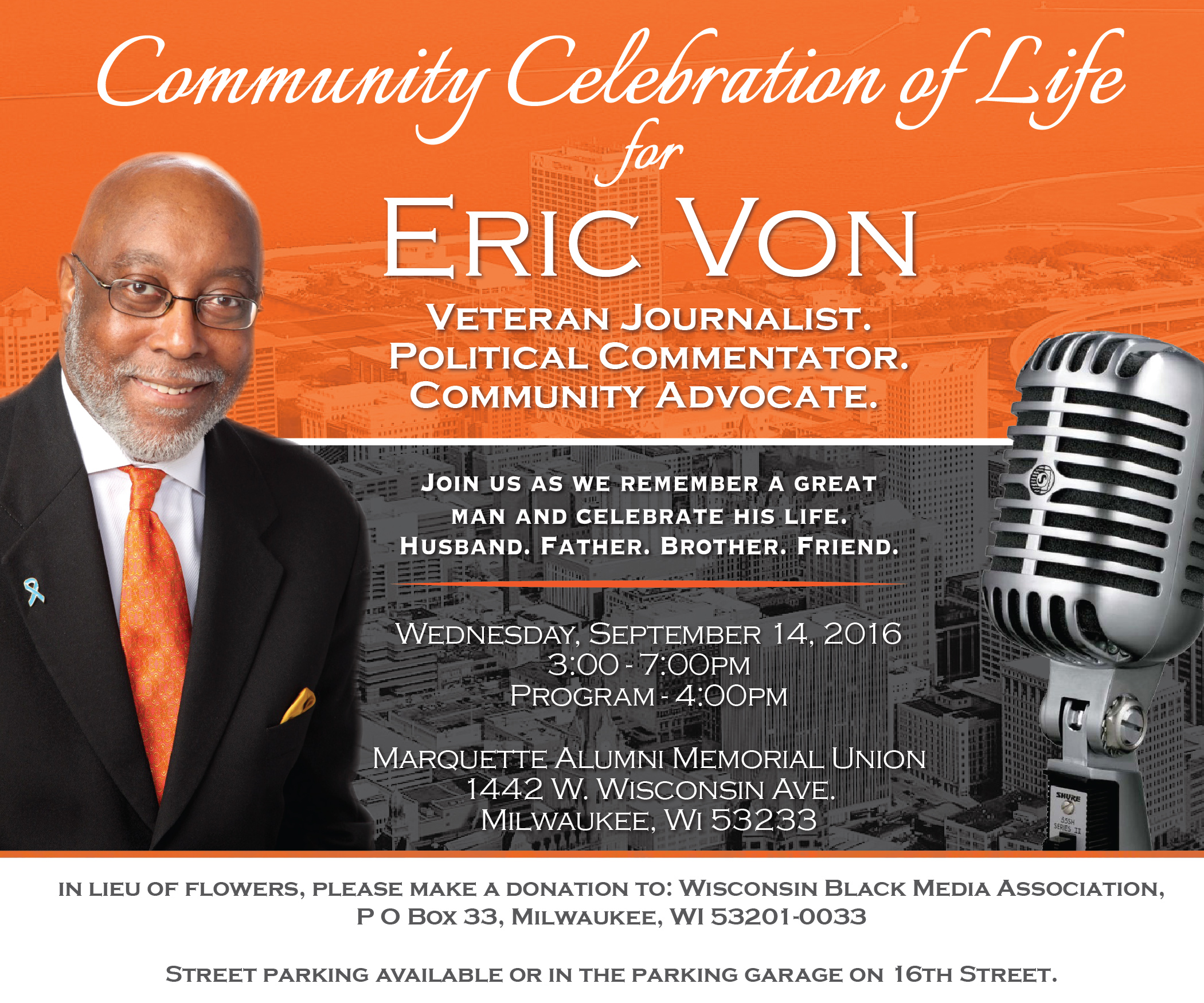 Veteran Journalist Eric Von passed away on September 8th. The community is invited to a community celebration of his life on Wednesday, Sept. 14th at Marquette Alumni Memorial Union, 1442 W. Wisconsin Ave., from 2:00 – 6:00pm. A special program with reflections and video presentations begins at 3:30pm.

Von was an icon over the airwaves and in the community. He hosted “The Eric Von Show” on 860 WNOV and served as founder of Brain Brawn and Body, a health and wellness website created to address African American men’s health issues. He was most recently involved in the Precious Lives project and operated Von Communications, a public relations firm with his wife, Faithe Colas.

In lieu of flowers, the family asks for donations to the Wisconsin Black Media Association, P.O. Box 33, Milwaukee, WI 53201.

WHO:
Community members, business leaders, local leaders and media are invited to attend.

WHAT:
Celebration and gathering for Eric Von

Eric Von was host of “The Eric Von Show” on 860 WNOV and was a regular panelist on Wisconsin Public Television’s, “Interchange,” a groundbreaking public affairs program. He was also co-host of “Black Nouveau” which airs on the network. From 1998 through 2000, Von was a special assignment reporter and a co-host of “It’s Your Vote,” a weekly political affairs show which featured candidate forums, debates and voter education information on Milwaukee’s ABC network affiliate, WISN Channel 12. In 2003, as Campaign Co-Director, Von used his political acumen to help lead Tom Barrett’s successful bid for Mayor of Milwaukee.

He was one of the most sought after opinion leaders, sharing his insights as a panelist and moderator on political and socio-economic issues. Von served as managing partner of the public relations firm, Von Communications and founder and publisher of Brain Brawn & Body, a health and wellness website committed to improving the health of African American men and their families.