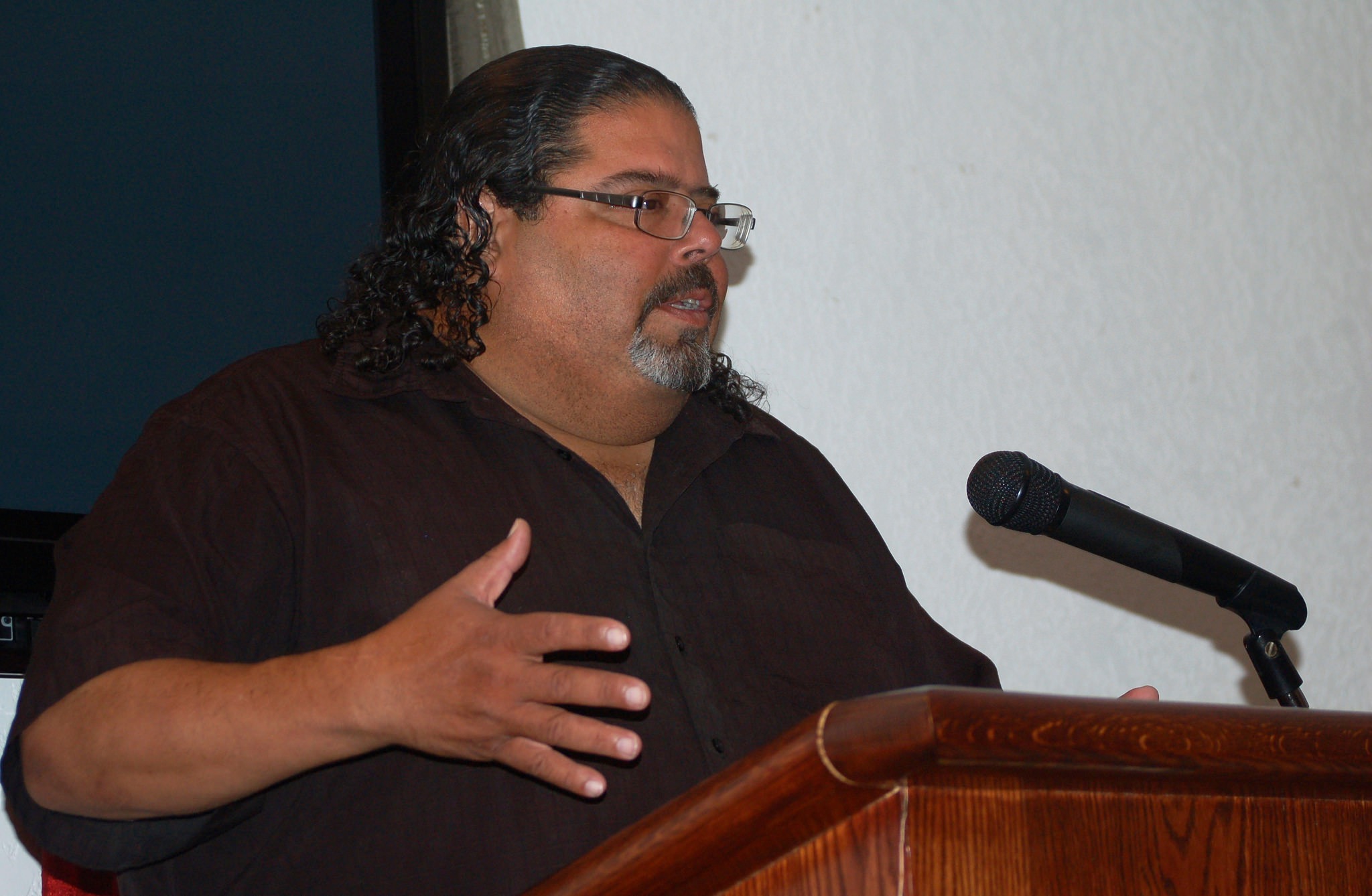 Robert Miranda, a representatives of Freshwater for Life Action Coalition (FLAC), warned residents about elevated lead levels in their household water during a recent public meeting. (Photo by Edgar Mendez)

It’s happened before — In Flint, Michigan, last year — in Washington, D.C., in the early 2000s. Now, Milwaukee residents are being kept in the dark about dangerous levels of lead in their drinking water, said Freshwater for Life Action Coalition (FLAC) member Robert Miranda.

“The mayor is worried about building his Camelot downtown while residents across the rest of the city are being exposed to lead-contaminated water,” Miranda said.

Miranda made his comments during a public meeting at Muhammad’s Mosque #3, 4202 N. Teutonia Ave. He warned residents that partial lead service line removal and replacements being conducted by the Milwaukee Department of Public Works (DPW) and Milwaukee Water Works are shaking the pipes, releasing loose lead fragments into the water stream and spiking lead levels. Mayor Tom Barrett urged Milwaukee residents living in a building constructed prior to 1951 to purchase a faucet filter, during a public forum on drinking water at Marquette University.

But just any filter won’t do, Miranda told the smattering of people attending the meeting on the city’s North Side. Residents need a filter that is certified by the National Sanitation Foundation (NSF) and meets standard 53, the minimum requirement for certification of a filtration system designed to reduce health-related contaminants, including lead, Miranda said. The certification and standard should be listed on the outside of the filter’s box, he added. 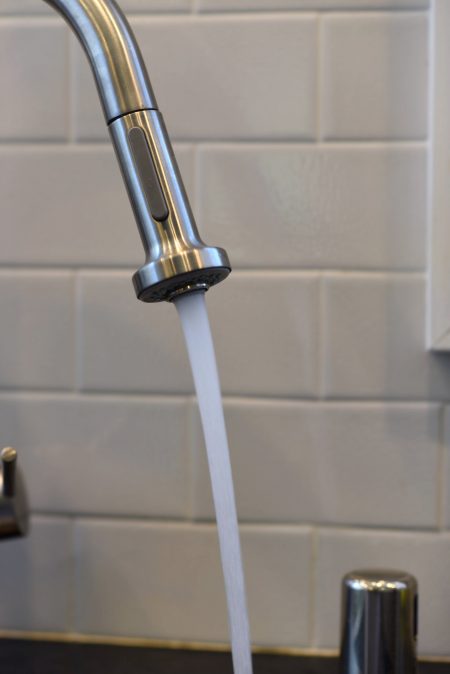 Milwaukee residents have been advised to purchase certified water filters to protect against lead-tainted drinking water. (Photo by Sue Vliet)

Minister William Muhammad, a FLAC member who’s long been concerned about local drinking water, convened the meeting. He said his concerns were substantiated by FLAC’s findings that lead pipe replacement practices in Milwaukee have been found to cause elevated lead levels, according to studies by EPA’s Scientific Advisory Board (SAB) and the Centers for Disease Control (CDC), among others. The SAB study noted that evidence is limited, but stated that the practice “may cause some harm from short-term elevation in lead levels.” The replacement of lead laterals, which connect city mains to household water pipes, affects about 70,000 residents served by lead laterals, according to DPW data.

The city has published a list of the homes with lead laterals on its website and the mayor has called for more state or federal funding to replace lead laterals. Barrett also said he would consider a program to provide free water filters for residences. Milwaukee Water Works, which recently distributed a pamphlet stating that they city’s drinking water “does not contain lead and meets all safety regulations,” nevertheless urges residents in homes with lead pipes to flush their plumbing. The city recently created a Water Quality Task Force, which is meeting Friday morning at City Hall to help create a comprehensive plan to deal with the removal.

According to Sarah DeRoo, health communications officer for the Milwaukee Health Department, the city has been very open over the past year on all developments related to lead and water. She stated that the city’s water “meets all federal guidelines for testing and treatment of water to minimize the amount of lead that could potentially dissolve into drinking water from a lead service line, and federal lead and copper rule standards for drinking water.”

As a result of a January pilot study to determine if water main replacements resulted in increased lead at the tap, Barrett suspended all work on water mains that affect lead service lines, except in emergencies including leaks and breaks, DeRoo added.

Still, FLAC argues that the city’s efforts to ensure safe drinking water are not sufficient. The coalition is calling for a moratorium on partial lead service line replacements until a safer practice can be identified.

“We have to be watchers of our water,” said Muhammad. “Most of the people who live in this city, especially the poor, the black and the brown, they don’t really know about this lead issue yet but if they did they’d be mad.”

Lorenzo Lewis, who attended the meeting, owns a home a few blocks from the mosque. Lewis, whose home was built in 1948, said he was disturbed about not being warned about the possibility of elevated lead levels in his water his family has been using for years.

“Yes sir, I’m upset about it,” Lewis said. He added that he came to the meeting to find out what type of water filters he should purchase for his home.

Also in attendance was Cortez Muhammad, who decided to come after hearing on the radio and other places that the water situation in Milwaukee could be as bad as Flint’s. He said he hopes for more information in the near future as to whether the water in his home is safe. Cortez Muhammad also said the city has mismanaged finances that could have been used to avert a possible water crisis.

“How much money did we provide to the billionaire owner of the [Milwaukee] Bucks to build a new stadium, but we don’t have money for people in the city,” he said.

Miranda and William Muhammad called for residents at the meeting to inform others on the issue and to contact their alderman and other local leaders to voice their concerns about lead contamination. By being united and voicing strong opposition, they said, city leaders will have no choice but to properly allocate the funding needed to ensure safe drinking water during the next budget cycle.

“We have a lot of work to do,” Muhammad added. “This is about justice and clean drinking water for all.”

Editor’s note: This story has been updated to include a response from the Milwaukee Health Department.