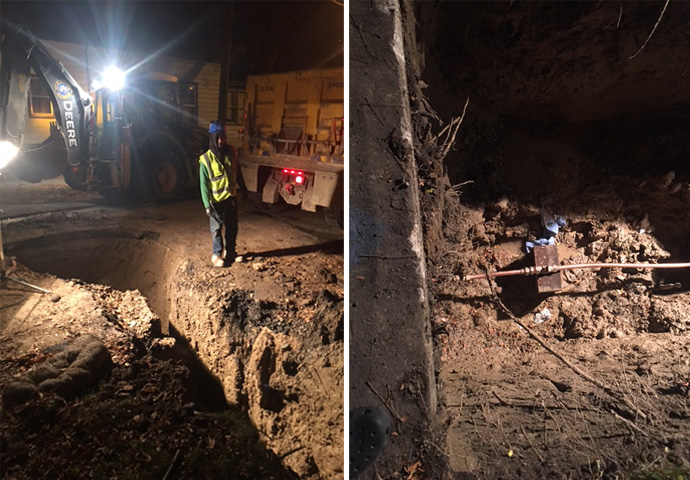 Robert Miranda is a spokesperson for the Freshwater for Life Action Coalition (FLAC). In this open letter to Mayor Tom Barrett, he calls for a moratorium on partial lead service line removal.

This letter is a follow up to the email I sent to you on Sept. 6, in which the Freshwater for Life Action Coalition (FLAC) called for a moratorium on the practice of partial lead service line removal currently being done by the City of Milwaukee.

In fact, the report conclusion states: “[B]ased on the current scientific data, [partial replacements] have not been shown to reliably reduce drinking water lead levels in the short term. … Additionally, [partial replacement] is frequently associated with short-term elevated drinking water lead levels for some period of time after replacement, suggesting the potential for harm, rather than benefit during that time period.”

The City of Milwaukee Water Works continues the practice of partial lead service line removals when there is an emergency or a leak in the water line.

In fact, during the September 2016 Rules and Steering Committee meeting, a representative of your office gave a PowerPoint presentation and informed the committee that “when leaks are encountered on a utility owned or privately owned portion of [a] lead service line, the entire service line will be replaced.”

Recently, I encountered a MWW work crew doing a partial lead service line removal. The crew was working on a lead service line that belongs to property located at 824 W. Wright St. MWW representative Sandra Rusch Walton informed me that the line was partially removed because of a leak. While precaution to ensure the prevention of galvanic corrosion was taken, the fact remains that the pipe was disturbed due to the work done to remove the city side of the lead service line.

Nobody chooses unsafe water, but many poor and fixed-income Milwaukeeans really don’t have a choice; maybe that’s why some homeowners accept the unsafe water. Families should not have to choose between getting unsafe water or paying to get safe water.

FLAC calls on you to enforce a moratorium on partial lead service line removals immediately.  Thank you for your attention.