You are here: Home / Posts from Community / Council members call on Chief to boost South Side officer staffing
Share this...

The letter states, in part: “The five aldermanic districts on the City’s south side are home to approximately 220,000 residents. Were the south side set on its own, it would be the third-largest municipality in the state of Wisconsin. The 215 officers assigned (131 in District 2 and 84 in District 6) to protect them cannot be taken as sufficient.

We all have for quite some time experienced unacceptable increases in response time, lack of patrol officers, and, worst of all, too many instances in which we have been informed that no officer was available to provide a timely response to a call for help. We have been regularly told by officers at community meetings that their resources are stretched and special enforcement is next to impossible.

We do not believe we are asking for a disproportionate response but only for our residents’ fair share of police resources. Our constituents are hard-working tax-payers like any others and deserve better. These residents pride themselves on keeping their neighborhoods and our City strong, but they cannot without the support of the police.” 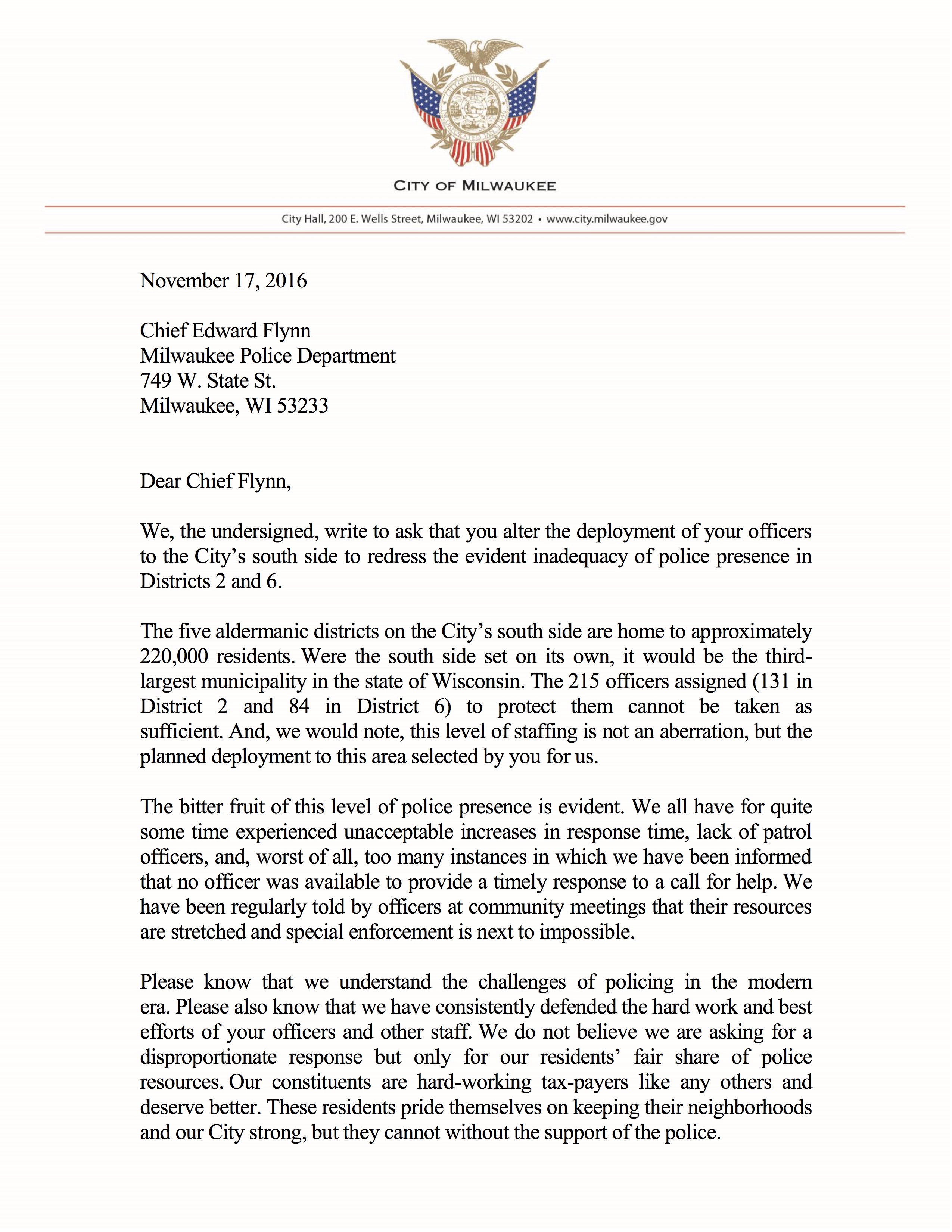 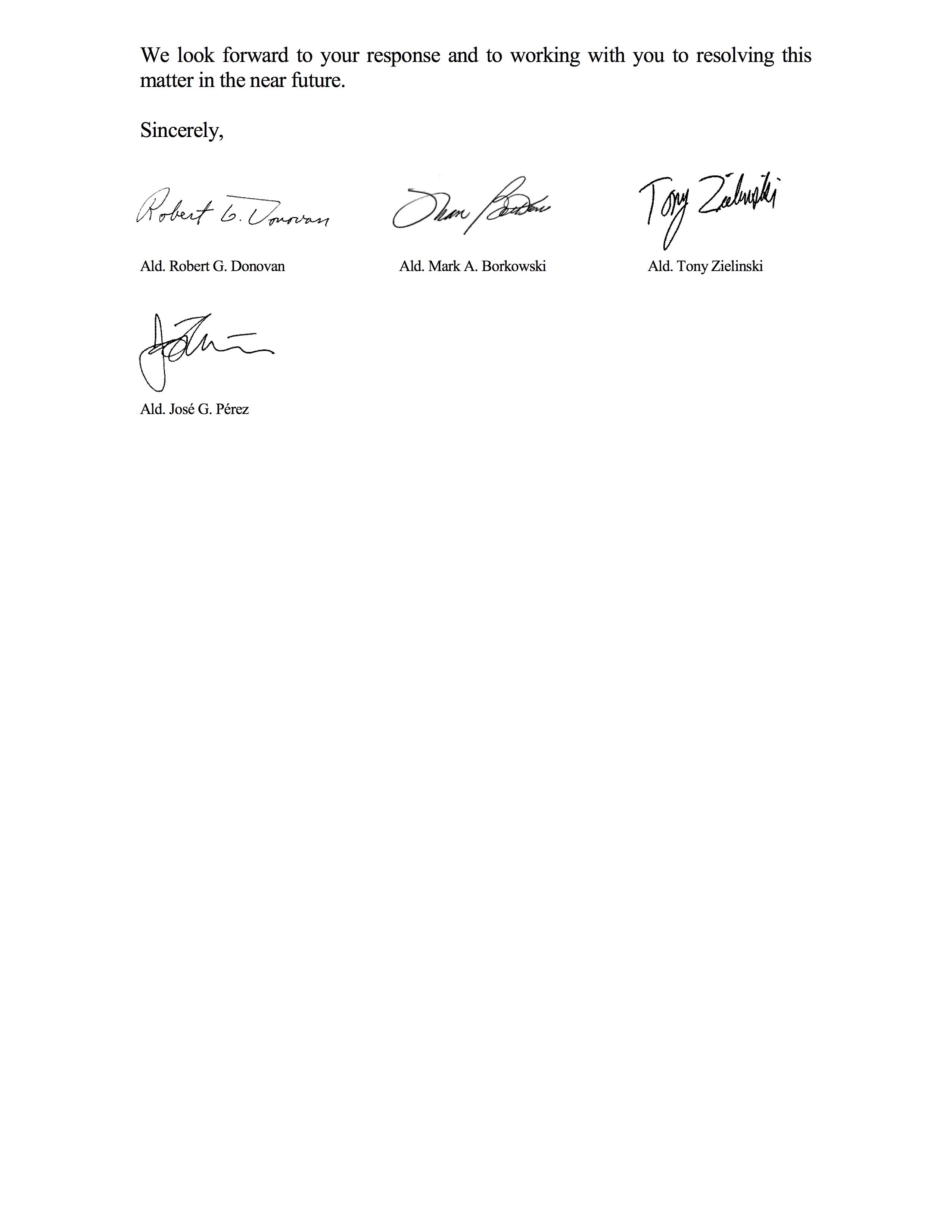