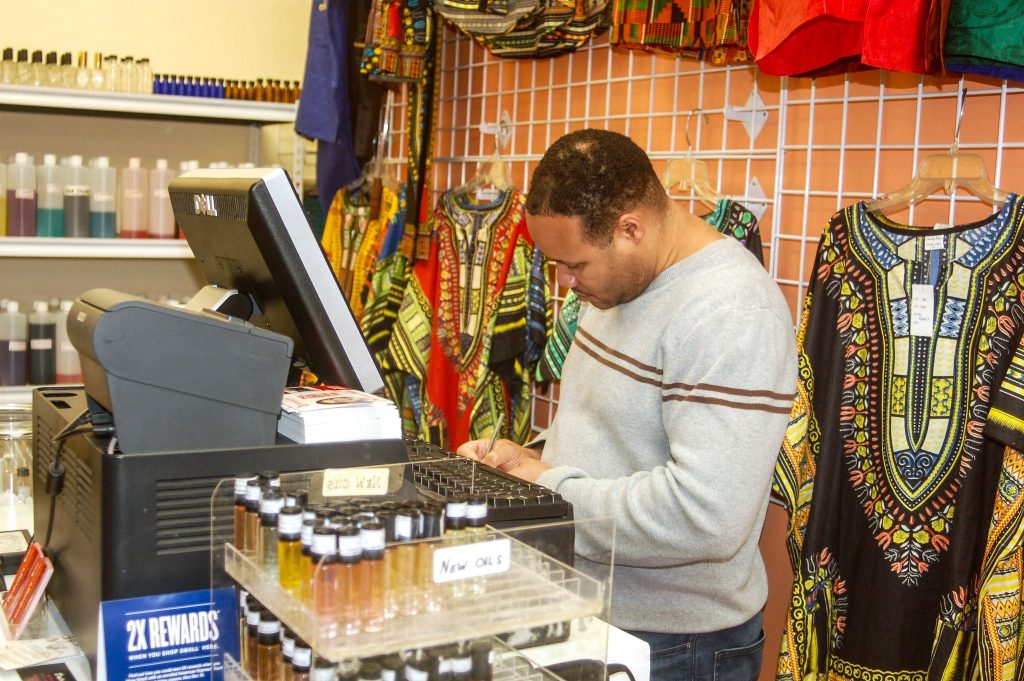 On the 2200 block of North Martin Luther King Jr. Drive, Edgar Birdsong organizes merchandise in his newest shop. Upbeat Motown music plays in the background as customers browse through Birdsong’s, known for its aromatherapy and body oils, as well as vibrant African-themed clothing and jewelry.

Birdsong said that he wanted to sell oils because he has used them throughout his life and thinks of them as “multipurpose.”

“I have always loved oils,” Birdsong said. “I always say I am my own best customer.”

Birdsong recently reopened his establishment on King Drive after moving from Brooks Plaza in Harambee, where it operated for more than 12 years. In July, Birdsong received a notification from the city that Brooks Plaza would be torn down and he had 20 days to relocate his business. 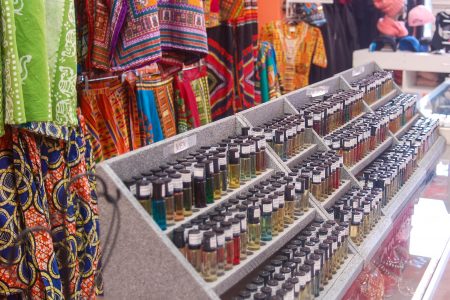 Birdsong’s is known for an expansive stock of body, perfumed and essential oils, African-themed jewelry, clothing and spiritual items. (Photo by Clara Hatcher)

“The location kind of found me,” Birdsong said about the building at 2216 N. King Dr., which is just two blocks down from Birdsong’s original store. He credits the owner of First Impressions Barber Salon, Oliver Sylvester, with suggesting that he move in to the vacant space next door.

“I knew they had to go somewhere,” Sylvester said. “Why not there?”

Sylvester, who has been in the area for more than 40 years, said that he has seen a lot of changes in the neighborhood since he opened First Impressions 17 years ago.

“It seems like everybody wants to be down here now,” he said.

Birdsong reopened the shop with the assistance of family and friends. His mother and wife helped remodel the 900-square-foot space, which involved demolition of five walls. His friend, Kenny Watkins, 57, works in the store.

The newly remodeled Birdsong’s has been open for nearly two months. “We’ve had good business since we opened,” Watkins said.

It was difficult to move after being in one location for 12 years, Birdsong said, adding that he consulted throughout the process with Deshea Agee, Historic King Drive’s Business Improvement District executive director, who encouraged him to remain in the neighborhood.

“In the future, I want to have more locations throughout the Milwaukee area,” Birdsong said. “Maybe in the Third Ward.”