You are here: Home / Home / Carousel / Nonprofits must alter focus to become ‘force for social change,’ expert says
Share this... 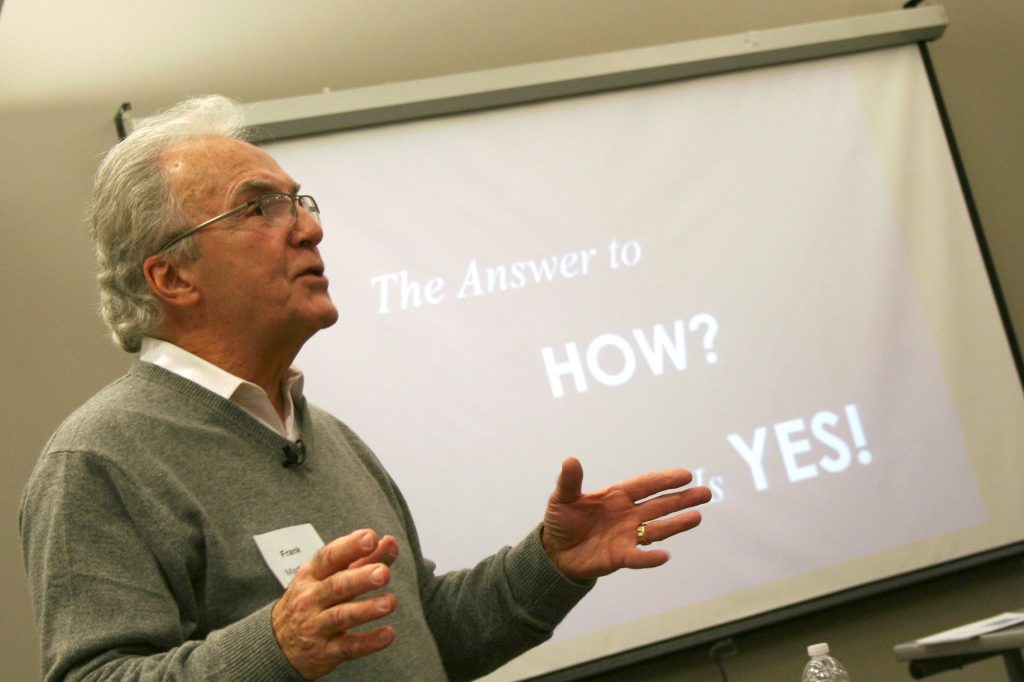 Frank Martinelli speaks to a group of nonprofit employees at the Washington Park Library. (Photo by Jabril Faraj)

In the wake of the events, community leaders and residents of the area pointed to unequal treatment of African-Americans and a lack of investment in low-income central city communities as underlying reasons for the disorder. Community groups and individuals have since called for an approach that addresses “the conditions of misery and want” in Milwaukee.

Recently, at the Washington Park Library, only blocks from the August demonstrations, about 25 individuals employed in the nonprofit sector took part in a workshop where some said they need to view their work and the people they serve differently to address the root causes of issues that plague Milwaukee.

“I think that we’re long overdue for a conversation in the philanthropic community around, ‘What do successful nonprofits look like?’” said Walter Bond, chief of staff at Teach for America in Milwaukee.

The nonprofit sector has grown during the last 25 years, in overall revenue, contributions and the number of organizations, according to a 2014 analysis of nonprofits in Milwaukee by the nonpartisan Public Policy Forum (PPF). In 2011, there were 2,333 public charities in Milwaukee, almost three times the 1989 figure of 824. Revenue more than doubled during that time to $3.68 billion. 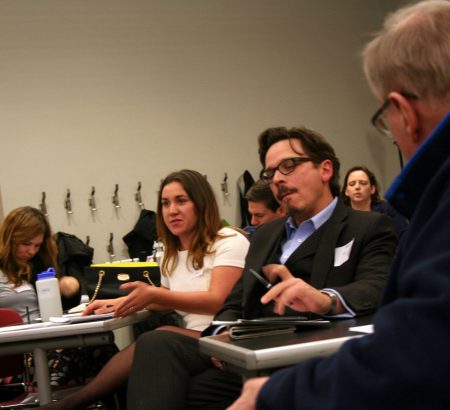 Frank Martinelli, a nonprofit consultant with the Center for Public Skill Training who led the workshop, said despite the hard work of nonprofit organizations, the needle has not moved on issues such as poverty and segregation. In some areas, such as the employment rate for black men, the situation has gotten worse.

“Even with all of these groups hard at work, our city remains unlivable for tens of thousands of Milwaukeeans,” said Martinelli. “We have failed, as a community, to tackle underlying root causes — those economic, social and political systems that produce and sustain high levels of poverty.”

Milwaukee is the most segregated metro area in the country and also one of the most economically distressed large cities in the United States. A poverty rate of nearly 40 percent for African-Americans is the second highest among the 40 largest cities nationally; one of every eight black men in Milwaukee County is currently behind bars.

Martinelli added that the nonprofit sector needs to examine the role it plays in the community and reposition itself as “a force for social change at the underlying systems level,” a process that involves “relentlessly … repeatedly asking the question, ‘Why is this happening?’”

Martinelli suggested strategies such as rethinking programs and partnering with community organizations, increasing advocacy to change harmful policies, increasing voter registration efforts and connecting organizations to movements such as Fight for $15 or Black Lives Matter that are “tackling racism, income inequality and poverty at the root-cause level.”

Workshop attendees noted that this is easier said than done. Several said that change often is impeded by those at the highest levels, whether board members, funders or donors, who may not have the same understanding as those who are working at the grassroots level.

Rusty Borkin, a community engagement specialist at Milwaukee Jobs Work, said the idea of charity and “good works” has always been ingrained in our society to some degree.

“It’s much easier to say, ‘This person was hungry, and now they’re not hungry,’” said Bond. “There is something about the psychology of viewing somebody as in need of a service, as opposed to [viewing that person as] somebody who is a capable being in need of a different opportunity.”

Borkin added, “If you’re going down to systems, then you’re starting to change the status quo that you benefit from.”

Sharlen Moore, director of Urban Underground, said in an interview after the event that to change that mindset, individuals need to start by building genuine relationships based on recognizing the dignity of others. Urban Underground is a North Side nonprofit that trains youth in activism and advocacy.

“We have to look at [the people we serve] as individuals that have the information that [they] need in order to solve their own issues,” said Moore. “You know, a lot of times, we say, ‘Okay, we’re going to do it for you; we know what’s best for you,’ and we never ask the community, we never bring the community in on the front end of these conversations.”