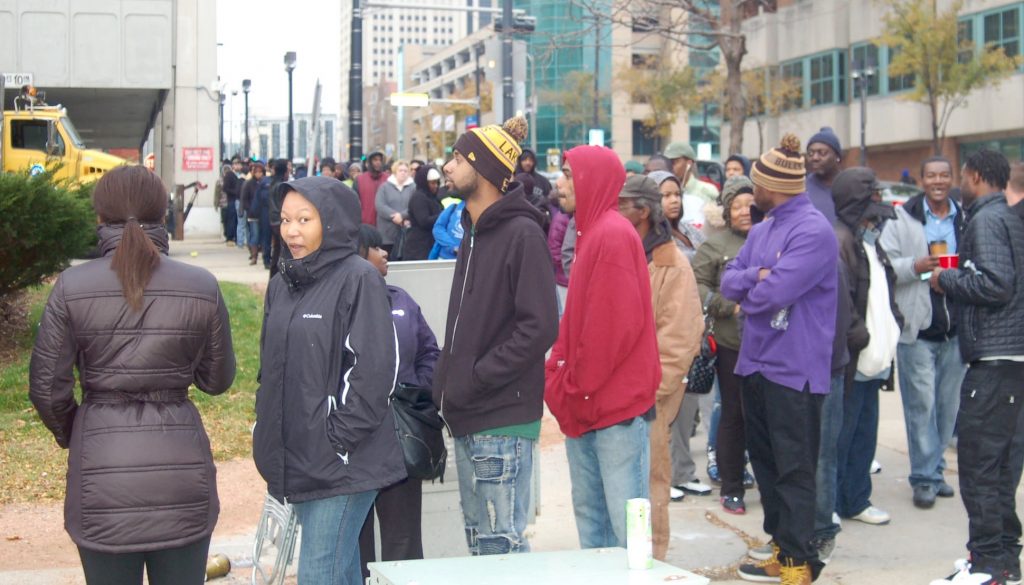 It began with a Thursday night video Facebook post on Oct. 27 from Municipal Court Judge Valarie Hill announcing an innovative project in which individuals with municipal warrants could walk in to court without cash and without fearing arrest and have their warrants lifted on one of the following three Wednesdays.

Within hours, thousands had shared the post. Hill, Municipal Judges Phillip Chavez and Derek Mosley, who also appeared in the video, and Chief Judge Maxine Aldridge-White, worked behind the scenes for months to get “Warrant Withdrawal Wednesdays” off the ground, after “Safe Surrender,” a similar effort involving both state and municipal courts, failed to gain traction.

In the end, the initiative, which was loosely based on a similar project in Cleveland, Ohio, challenged the ability of the municipal court system to handle a huge influx of defendants while maintaining normal functions on those Wednesdays, Nov. 2, 9 and 16.

“It was a test to see whether we could do something so big, and whether the community would respond,” White said. 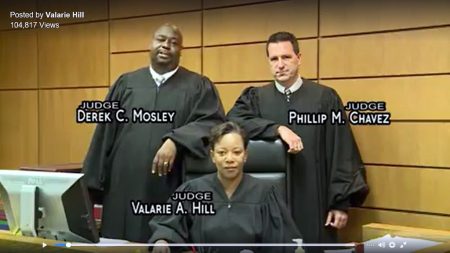 And respond they did. According to municipal court data, 2,400 defendants appeared in court during Warrant Withdrawal Wednesdays, representing a total of 15,397 cases. More than 1,500 defendants had warrants withdrawn, 1,048 had driver’s license suspensions vacated and 158 had vehicle registration denials vacated. More than 500 defendants had payment installment plans approved for an estimated 4,270 cases, involving a balance of more than $584,000.

In addition, 1,078 defendants who hadn’t previously appeared in court for their cases did so.

Aliceo Benitez was among those who hadn’t shown up to court before, but stood for hours in a line that stretched more than three blocks along West State Street during the final “Warrant Withdrawal Wednesday.” Benitez set up a $20 a month payment plan for $400 in fines that resulted in a suspended license.

“Now I can get my license back and get to work,” said Benitez in November.

Timothy Robinson said he had warrants for battery and traffic violations hanging over his head for three years. He too walked out with an arrangement to pay $20 a month, but, said he was disappointed that his fees weren’t tossed out altogether, as he had assumed would happen.

Nevertheless, Robinson said, “It still works if that’s how it has to be.”

According to Hill, who spoke during a meeting of the Milwaukee Community Justice Council (CJC) Wednesday, defendants were given three options; set up a $20 a month payment plan; pay $20 every three months at the courthouse; or be referred to JusticePoint, a program that helps evaluate individuals to determine whether they qualify for indigency, mental health, or alcohol and drug treatment, among other services.

Only 109 individuals, or 4.5 percent, were referred to JusticePoint, though a great deal more should be eligible to qualify for indigency, said District 3 Alderman Nik Kovac, who raised concerns at the CJC meeting that residents of low-income neighborhoods continue to bear the brunt of municipal fines. He questioned whether enough was done to identify individuals who couldn’t afford to pay their fines and qualified for alternative sentences, including community service.

“Do we have a good enough system to identify indigents?” he asked.

According to Gretchen Schuldt, executive director of the Wisconsin Justice Initiative (WJI), the lack of indigency hearings is disturbing.

“Why did only those people get referred to JusticePoint? Is community service the only alternative option being offered? What about mandating driving [classes] or other classes to work off fines?” Schuldt asked.

One of the problems with the current municipal court system is that it emphasizes fines over changing behavior, she added. The result is that poor African-American communities are disproportionately impacted by municipal debt. According to municipal court data collected by WJI, 25 percent of youth and adults living in the 53206 ZIP code owed municipal fines as of May.

According to Chavez, the indigency, community service or social service option was offered to each defendant. Those who chose that option filled out an evaluation form to see if they were likely to qualify for JusticePoint services, according to Chavez.

Even some who qualified for community service rejected the option because it was burdensome, said Hill. She pointed out that for someone to work off a $2,370 fine they’d need to perform 237 hours of community service. “People don’t have time to do community service; maybe if their situations were less complicated by everyday life [they would],” Hill said.

State Sen. Lena Taylor said the current JusticePoint model and limited options for community service are insufficient. “It’s a misguided concept based on the idea that the only way people can give back to the city is by paying money,” she said.

Taylor added that a better mechanism is needed to help facilitate alternative sentences including community service. Still, Taylor said she was thankful for the Warrant Withdrawal Wednesday program, and that it showed great promise.

Though no similar event is being planned, Mosley said it’s important for defendants to know that they can come into the courthouse any day to work out a plan to lift their warrants.

“What we need is an “at least come to court campaign,” Mosley said.

Data on whether defendants are keeping up with their payment plans should be available in 90 days, the judges said.