You are here: Home / Community Voices / ‘It’s all of our problem’
Share this... 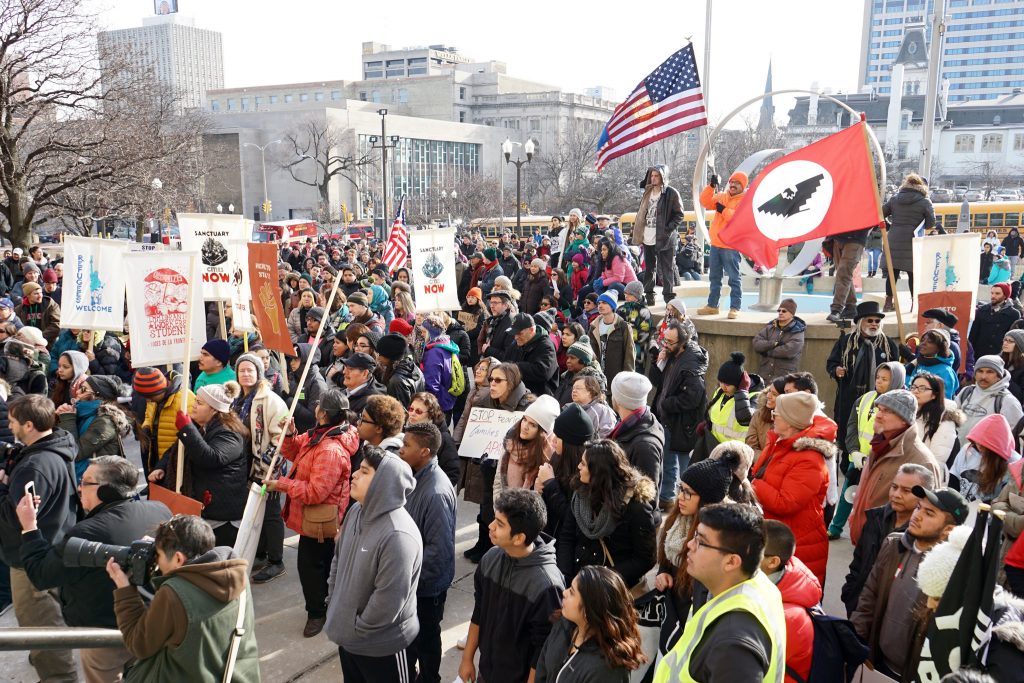 Danell Cross is interim executive director of the Metcalfe Park Community Bridges Neighborhood Association. She served as Metcalfe Park coordinator of the Building Neighborhood Capacity Program, a federally funded initiative. She writes that blacks and Latinos should join together to fight for their common interests

I recently heard part of a news report where our county supervisors discussed putting a policy in place that would keep police officers from turning Latino residents over to immigration authorities unless they had a warrant for their arrest.

I agree that a policy to protect people from harassment and racial profiling is needed. Stop and frisk has been used and abused in the black community with severe consequences for our families.

This news report also took me back to thinking about our own history as black people because it’s so similar to our history, where families are being hunted. Separated, traumatized and living in fear, people are being deported to a country that they’re not embedded in, where they, in a lot of cases, have been in America so long that they no longer have housing and jobs in their original countries. Children are being put at risk being separated from their parents.

America opens its doors to immigrants when they need them for low-wage or no- wage workers. America supposedly is a place where those that dare to dream of a better life are welcome and can find refuge. In truth it is also a place where oppression and racism are deeply embedded into the fabric of this country.

One of the biggest problems is that most brown and black people in this country have limited power. Some of us believe the propaganda that Latinos have taken our jobs. We need to stop fighting for scraps. Instead, we should join together. We would be much more powerful working together as these issues affect black and brown. Bullies don’t stop attacking people; they just find somebody else to abuse.

If we look back in our history to how our families were ripped apart, even now through mass incarceration and the inequities in the foster care system, the similarity of it should shock us to our core and should shock us to action supporting this group of people who are suffering the same things we experience.

I encourage the black community to pay attention to how our public officials are voting on these issues. They represent us. If this proposal to limit MPD’s power to turn Latinos over to Immigration concerns you, reach out to your elected officials and let them know what you think. It’s time now that we get active, speak up and give notice to our public officials that we are watching by sending emails, writing letters and making phone calls. Put our elected officials on notice that at the next election, we will be voting for candidates who are the voice of the people.

This might be considered a Latino problem but it’s not; it’s all of our problem. It’s an American problem.