You are here: Home / "How To" articles / How parents can reduce bullying
Share this... 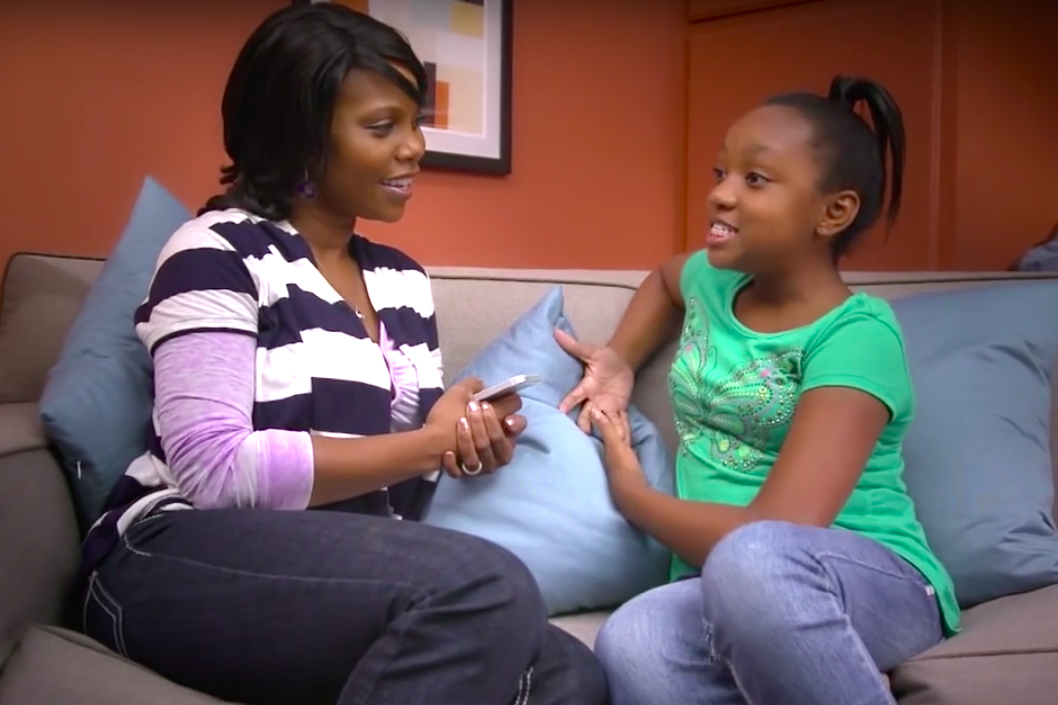 Experts recommend that parents talk to their children every day to increase the chances that young people will come to them for help and advice. (Photo courtesy of U.S. Substance Abuse and Mental Health Services Administration)

Awareness of bullying has increased dramatically in the 40 years since a Swedish psychologist, Dan Olweus, became the first to study childhood bullying.

Because of Olweus’ work, today’s parents are much more sensitive to the signs and effects of bullying on their children. But parents may not know how their own behavior can affect bullying.

Bullying is repeated or aggressive behavior against a child who may have a hard time defending himself or herself, but not all unkind behavior is bullying. In fact, teasing and jockeying for status are actually a normal part of childhood and adolescence, teaching young people important relationship skills for later life.”

Parents can play an important role in minimizing both unkind behavior and the likelihood of bullying when they teach and model positive relationship skills for their children.

Conversation is the first step to prevent bullying, says Becky Mather, education coordinator for the Wisconsin Child Abuse and Neglect Prevention Board. “A parent who talks with his or her children for as little as 15 minutes a day increases the probability that their young person will come to them for help and advice.”

Parents who talk directly about bullying with their teens help them to feel supported, learn strategies for responding to bullying and increase their ability to stand up for others, says Mather. Ideas for how to start such conversations are available from the U.S. Substance Abuse and Mental Health Services Administration’s free app KnowBullying.

“Parents also help prevent bullying when they model tolerance and inclusion of a variety of people and personalities,” Mather says. “A parent who actively shows his or her teen how to get along with others and how to deal with disagreements in a respectful, assertive way models important relationship skills.”

Mather says parents can help their teens be more inclusive and understanding by encouraging their child to think about another person’s perspective, especially when a peer is acting inappropriately or being annoying. Parents should avoid using derogatory language and teach their children that it is never OK to use terms that mock or demean others.

Finally, parents can head off bullying before it takes place. One common source of bullying is technology. No young person should have 24-hour unlimited access to smart phones, texting, computers, or other digital media. Parents can establish household rules where teens and children are required to use computers and tablets in common areas of the house where parents can monitor their screens so they know what teens are seeing and sending.

Parents should also monitor children’s texts, apps and computer history for evidence of bullying. Youth who experience cyber-bullying are frequently embarrassed and do not tell their parents about it. In fact, teens often continue to use media even when they experience cyber bullying. By the same token, a parent whose teen is the perpetrator of online harassment is equally likely to be in the dark about a child’s bad behavior.

“A parent concerned that her or his child is the victim of bullying should contact the child’s school or officials at other sites where harassment takes place, or, if necessary, contact the police,” says Mather. Parents of victims should not contact parents of bullies directly.

Children look to their parents and caregivers for advice on tough choices and peer pressure. Parents who talk about and model how to advocate appropriately and safely for vulnerable individuals help prevent bullying.