You are here: Home / Posts from Community / City of Milwaukee Arts Board announces 2017 Artists of the Year and Friends of the Arts Awards
Share this... 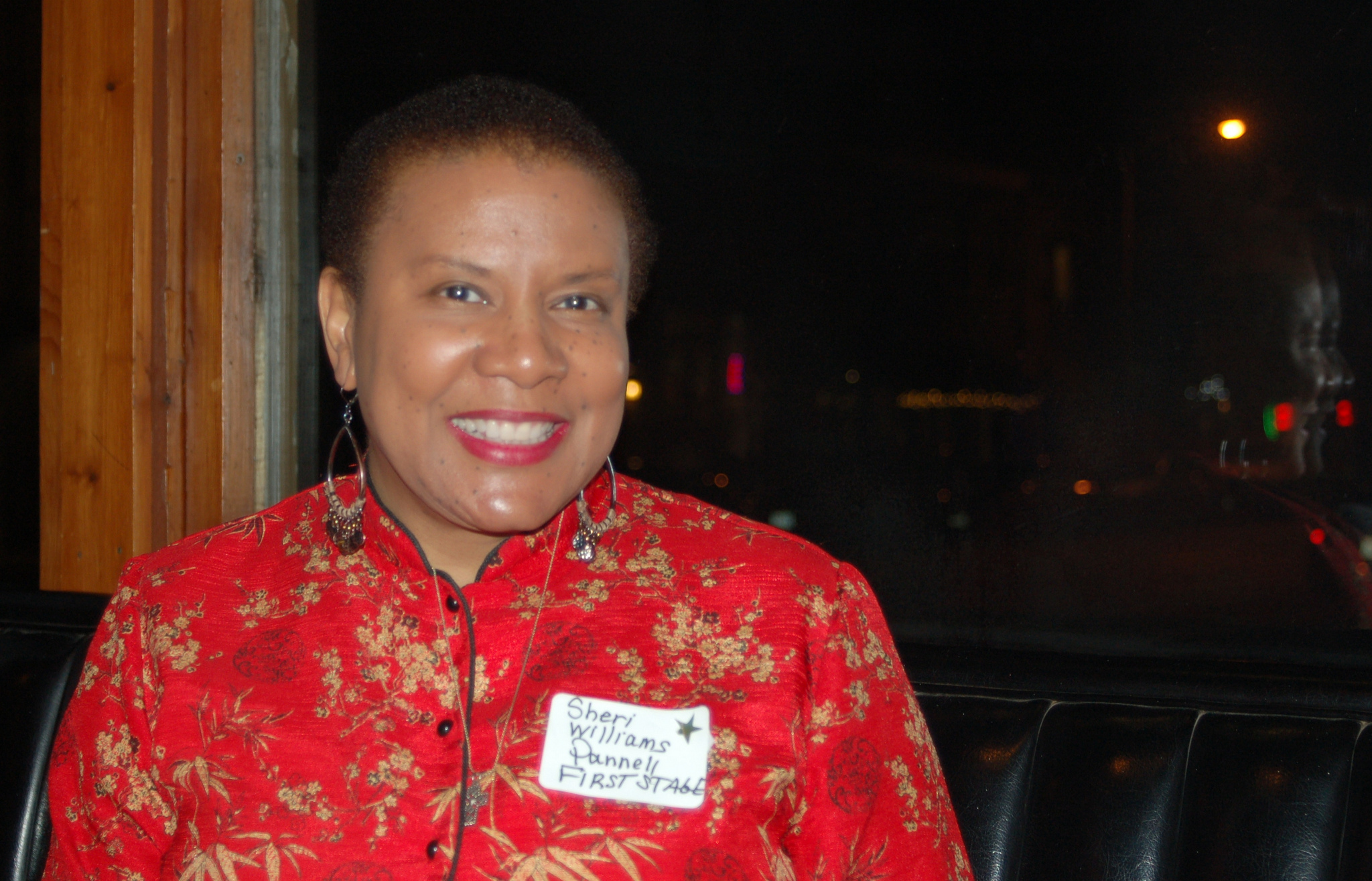 Theater duo Chris and Jane Flieller and playwright/director Sheri Williams Pannell have been named 2017 Artists of the Year, the City of Milwaukee Arts Board announced recently.  Sande Robinson, Jan Serr and John Shannon were named 2017 Friends of the Arts.

“We are grateful to these individuals both for their unique achievements and for their stellar service through the arts to our entire community,” said Alderman Michael Murphy, Milwaukee Arts Board Chair.

They will be honored by Mayor Tom Barrett, Ald. Murphy and the arts community Monday, June 12, at a 4:30 p.m. reception at the Marcus Center for the Performing Arts, followed by an awards program and celebration at 5 p.m.  Representatives of 35 city-based arts organizations who received arts board grants will also be recognized. The public is invited. Please RSVP by June 9.

A former stage manager, Jane Flieller worked with many of Milwaukee’s theatre companies including Milwaukee Chamber Theatre, Theatre X, First Stage Children’s Theatre, Skylight Music Theatre, Next Act Theatre and many others. She toured nationally with the Great American Children’s Theatre Company on two productions as a Company Manager and Stage Manager. For several years, Jane was the stage manager for ComedySportz, a position she originated. With her husband Chris she co-founded In Tandem Theatre in 1998 and now unleashes her creative energies on all aspects of running a small arts organization. Jane has stage-managed numerous productions for In Tandem Theatre and among her favorite directing projects are You’re A Good Man, Charlie Brown, Romantic Fools, A Cudahy Caroler Christmas, Ernest in Love and most recently, Carnival. She has had the pleasure of directing for Carroll University, South Milwaukee Performing Arts Center, Whitefish Bay High School, Marquette University and Broadway Baby Dinner Theatre.

An actor, designer, director, carpenter, dialects coach and instructor, as well as Technical Director for Theatre X and Assistant Master Electrician for the Skylight Opera, Chris Flieller has worked for nearly every theatre company in Milwaukee. In addition, he has appeared at the Utah Shakespearean Festival, Kansas City Dinner Playhouse, two national tours with the Great American Children’s Theatre Company, a guest artist appearance with the PTTP in Delaware, and numerous performances in the Milwaukee Irish Fest theatre pavilion. He is best known for his versatility as an actor and his superb work in comedic roles. In addition to co-founding In Tandem Theatre, Chris was a co-founding member of Screaming Penguin Productions, sang for several years with Bim & Company, a 50’s to 70’s cover band, and has appeared in commercials, voice overs and several independent films.

Beyond Milwaukee, Sheri has worked at Oregon Shakespeare Festival, Utah’s Old Lyric Theatre, University Opera- University Madison, University Theater at UW Madison and the Children’s Theater of Madison.  Sheri is an Education Lead Teacher and Dramaturg at First Stage where she was commissioned to write WELCOME TO BRONZEVILLE as part of their Wisconsin Cycle Play Project. She is a founding member and artistic director of the Bronzeville Arts Ensemble and co-directs the drama ministry at Calvary Baptist Church.

Sande Robinson is a member of the Board of Trustees of the Milwaukee Art Museum (MAM) and the President of the African American Art Alliance (AAAA), a support group of MAM. The purpose of the AAAA is to acquire African/African American art for the museum’s permanent collection. More information on the Alliance and its acquisitions may be viewed at www.mam.org.

In addition to founding Quick Cable Corp., a company that manufactures electrical devices,  John Shannon has been a book publisher (Caledonia Press and currently plumbpress.com), an owner of an online arts and entertainment company (thirdcoastdigest.com, sold to URBAN Milwaukee), and a real estate developer (guardian-services.com).

Jan Serr creates paintings, works on paper, prints, photographs, and artist-made books. Her subjects include landscape, still life, and the figure. In recent years, Serr has explored photography more deeply with exhibit/book projects such as Then & Now and Smoke & Mirrors.  Her work is in major private, public, and corporate collections in the United States and Canada, including the Milwaukee Art Museum.  She earned her BA and MFA from the University of Wisconsin-Milwaukee where she studied with John Colt and Schomer Lichtner.

The couple has collaborated on a number of creative and philanthropic projects in the visual arts, film and music genres. In 2016 they contributed funds to the University of Wisconsin-Milwaukee’s Peck School of the Arts to create and operate a multidisciplinary arts studio and performance space at the Kenilworth Square East building.

The Artists of the Year program was inaugurated in 1995 by Wayne Frank, then alderman and Milwaukee Arts Board Chair. Recipients each receive a $1,500 cash award. Funds used to launch the first award included a memorial bequest in honor of Milwaukee artist and MAB member Jim Chism.  Additional funds for the award come from those arts board members who donate the stipend paid for their meeting attendance.

The Milwaukee Arts Board project grant program is funded by the City of Milwaukee with additional support from the Wisconsin Arts Board with funds from the State of Wisconsin and the National Endowment for the Arts.  The MAB also awards matching funds annually for new works of public art and conservation of public art. More information is at city.milwaukee.gov/MAB.  Please follow us on Twitter and Facebook.