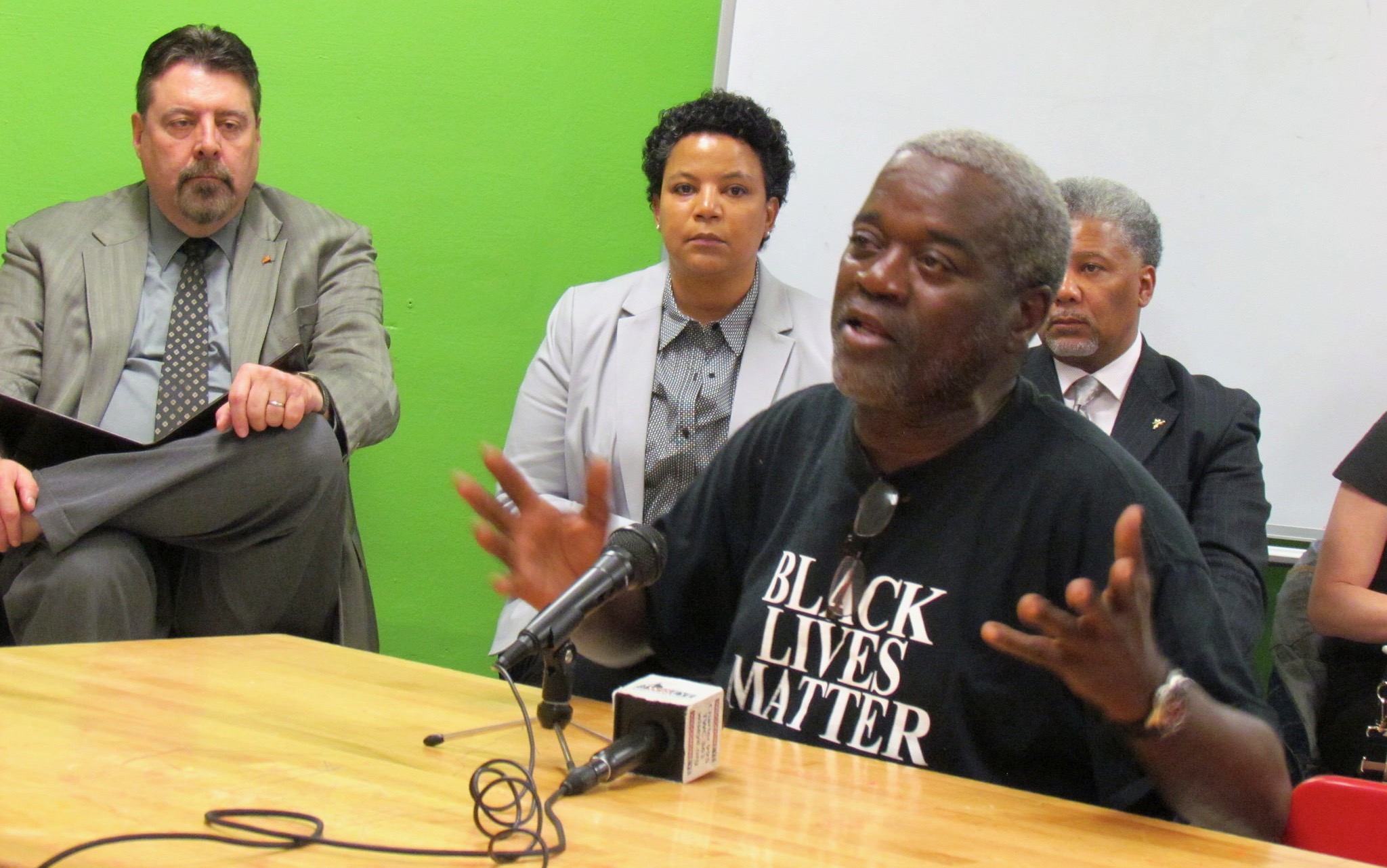 Andre Lee Ellis, founder of We Got This, speaks during the committee hearing. (Photo by Jabril Faraj)

Elected officials must understand and be responsive to the needs of residents in resource-deprived communities to create change in those neighborhoods, according to Milwaukee community leaders and a state representative.

“Everybody drives past … They come in at 9, they leave at 5, they drive past,” said Shawn Moore, a community organizer and activist in the central city. “We’re tired of people driving past, walking past, looking and not doing nothing.”

Others, including Sister Patricia Rogers of the Dominican Center for Women, echoed Moore, saying, “Too often we have programs that are made outside of the community, without any input from the residents.”

She added, “When [residents] figure out that they have a voice, and that they’re being heard, I think you’ll see some changes start to happen. But, as long as it’s somebody else’s program, they don’t have to do it.”

The comments came during a recent State Assembly Urban Revitalization Committee meeting at COA Goldin Center, 2320 W. Burleigh St. The meeting was part of a public input tour that also made stops in Green Bay, Wausau, Oshkosh, Racine and Beloit.

District 10 State Rep. David Bowen, a Democrat and member of the committee, said after the meeting that “nothing is more important” than respecting the voice of residents “and really expecting them to lead the discussion on changes and solutions.” He said the role of representatives is to “create the space for people to share their thoughts” and that the hearings were a good first step. 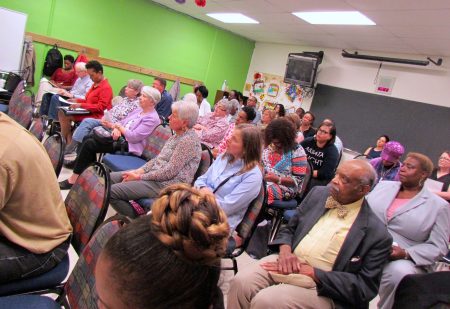 “The question is: will the committee actually follow what they heard?” Bowen said.

Community representatives, many of whom are engaged in grassroots work in impoverished Milwaukee neighborhoods, turned out in force to testify. Many talked about the effects of poverty — such as trauma, transience and poor mental health. They noted that investing in individuals by providing educational opportunities, personal development and a helping hand can combat the challenges of the central city, particularly crime, joblessness and incarceration.

In an interview after the meeting, committee chair and District 58 Rep. Bob Gannon, a Republican, said he was impressed by the reception he received, the values residents displayed and the work being done by community members to change their situation, particularly in Amani.

“I’ve got to say that the reception I received in the urban centers, and what I saw when I was there, was not what I read about in the media,” said Gannon, who represents West Bend. “The residents are no different than me or any other legislator.”

Gannon, who met after the meeting with committee Vice-Chair Rep. Jason Fields, a Democrat, said issues they discussed included human trafficking, mental health, housing, the importance of promoting fatherhood and the criminal justice system. Gannon said he wants “to see if we have equity in our criminal justice system and that similar crimes in different counties are treated in a consistent manner.” He said it is important to re-examine how government policies interact with, and provide support to, individuals and communities.

“Society, as a whole … [is] so much better off when we create successful people,” Gannon said. “The more people we can get to work and the more solid families we have — you know, households with fathers and mothers — the better off our society is.”

In Milwaukee, many of the jobs that made the city a destination for African-Americans during the early 20th Century disappeared as factories once located in the central city moved overseas or to the suburbs. High rates of incarceration in Milwaukee County — where one in eight black men has served time behind bars, many for non-violent drug offenses — have created additional barriers to employment.

Sister MacCanon Brown, who has worked with the city’s homeless for more than 20 years and leads a ministry that provides free clothing, resources and meals to those in need, said many impoverished individuals are hardworking people of faith. However, she acknowledged, “When one economy doesn’t work for people, some will turn to another economy to put food on the table.”

“Urban revitalization needs to be driven by life-giving solutions that need to flow out of an inclusive vision, not a negative reaction,” said Brown.

Those who attended the meeting talked about the importance of directing resources to Milwaukee Public Schools and the need to bring back art, home economics and gym classes.

“If we don’t start at ground zero … the cycle will never, ever end,” said Z. Walker, principal of Auer Avenue School, 2319 W. Auer Ave. She stressed the importance of developing literacy early and the need for resources, both money and teachers.

“It’s going to take everybody in this room” to turn the situation around, she said, noting that “things bottom out” when resources disappear.

And, Mike Williams, director of the Milwaukee Fatherhood Initiative, who also worked at the old Ethan Allen School for Boys for about 9 years, said helping wayward youth identify who they are is essential to getting them back on track.

Williams said this process is best achieved in a community setting where friends and family can help to hold individuals accountable. He added, “The reality is this … we learn best from those we love, respect and admire.”

“We do not need to continue to pour tons and tons of money into failed efforts of incarceration,” Bowen said. “We really need to focus on alternatives and investing into those alternatives so they have the capacity to really reform the system.”

Gannon said he and Fields, who have developed a good relationship, will continue to discuss possible legislation.

“I’m sure we will not agree on all legislation that may be proposed out of our work but I trust we’re going to agree more than we disagree.”