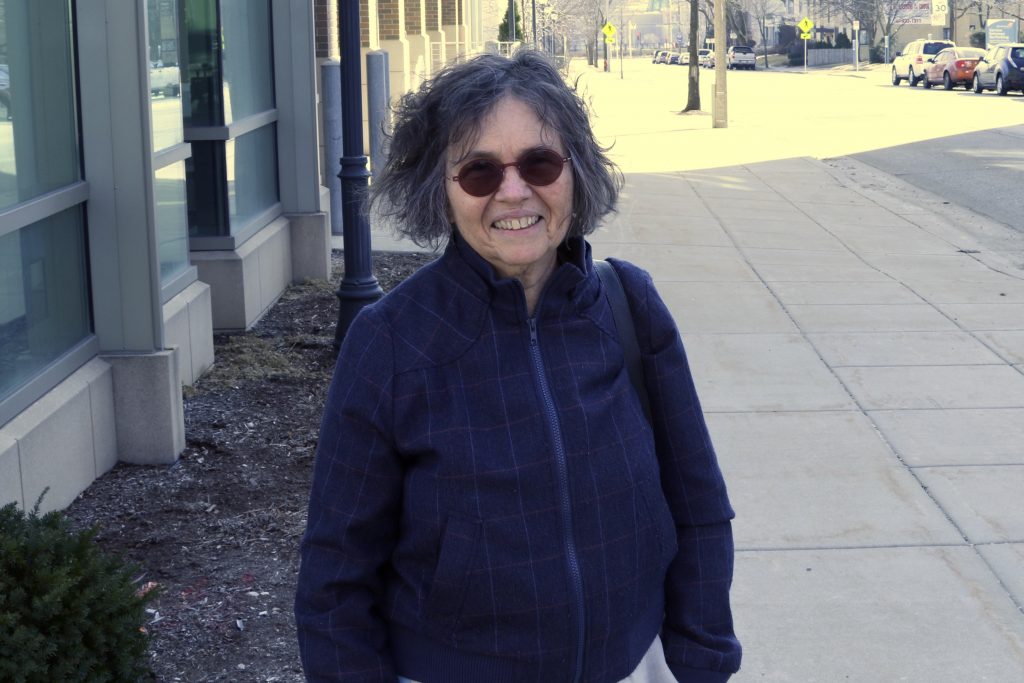 Margaret Rozga has spent a good part of her adult life making sure that Milwaukeeans remember the fight for open housing in the city beginning in summer 1967. A civil rights activist and poet who participated in 200 straight days of marches, she has told the powerful story of what happened on the 16th Street Viaduct through a play, a volume of poetry and her work with a local arts education group.

Rozga got her start in play writing at University of Wisconsin-Waukesha, where she was then an assistant professor. “UW-Waukesha had a ‘campus read’ program that would have a theme every year,” Rozga said. “The theater department would always do a play based on the theme as well. This particular year, the theme was race and racism. So the theater director came up to me and said, ‘You’re going to write the play.’”

Rozga, who earned a master’s degree and a Ph.D. from the University of Wisconsin-Milwaukee, had never written a play before, but she accepted the offer. Her play, “March On Milwaukee: A Memoir of the Open Housing Protests,” was first performed in April 2007.

Rozga had some difficulties at the start.

“What was hard about writing that play, coming from my perspective as a poet, was the fact that when you write poetry, you don’t have to worry about what the speaker of the poem does with his or her body,” Rozga said. “But when you’re writing for the theater, people just can’t stand up there and talk. You need action.”

Once Rozga overcame the initial issues, she wrote a play that was performed on the campus of the UW-Waukesha and at venues in the city of Milwaukee.

After the performances, Rozga decided to adapt the play into poems.

“Staging a play is difficult,” Rozga said. “You need a venue, a director, actors, you need tickets. If I were to turn this into poems, I could do it all myself. So I did.”

Rozga’s book of poems, “200 Nights and One Day,” was published in 2009. The book tells the history of the open housing marches through the eyes of participants. In the first poem, “Prologue to Milwaukee,” Rozga writes of “People on the march/moving the heart and soul of a White /Roman Catholic Priest at St. Boniface Church.” The priest, the Rev. James Groppi, led the open housing marches, and later became Rozga’s husband, for which he was excommunicated from the church.

Rozga wants to pass her love for art and the importance of the open housing marches to the next generation. Working with Arts @ Large, she got in touch with a teacher at Nova High School whose students were learning about the Milwaukee civil rights movement.

“The goal of this organization was to ultimately have the students’ work be on display in a museum exhibit,” Rozga said. After they completed the civil rights unit, the students created an exhibit at the Arts @ Large gallery. The exhibit included artwork that encapsulated the students’ takes on the history of the Milwaukee civil rights movement.

“It was a terrific exhibit,” Rozga said. The students also began to do better academically because of the art project, she noted.

“There was one student who was attending school 23 percent of the time,” Rozga said. “When he got involved in the study of [civil rights] and turning it into visual means that other people could learn from, he started coming all the time. He ended up with 98 percent attendance.”

Rozga is proud that she has been able to reach another generation through her writing and work for racial justice. “When teens learn that the open housing marches in Milwaukee included high school students, and some even younger, 7th and 8th graders at St. Boniface School, they find that empowering. They begin to see active roles for themselves. They begin to see themselves as agents for social justice.”