You are here: Home / Posts from Community / Citizen Action of Wisconsin and partners urge Congress to renew funding for federal health programs
Share this... 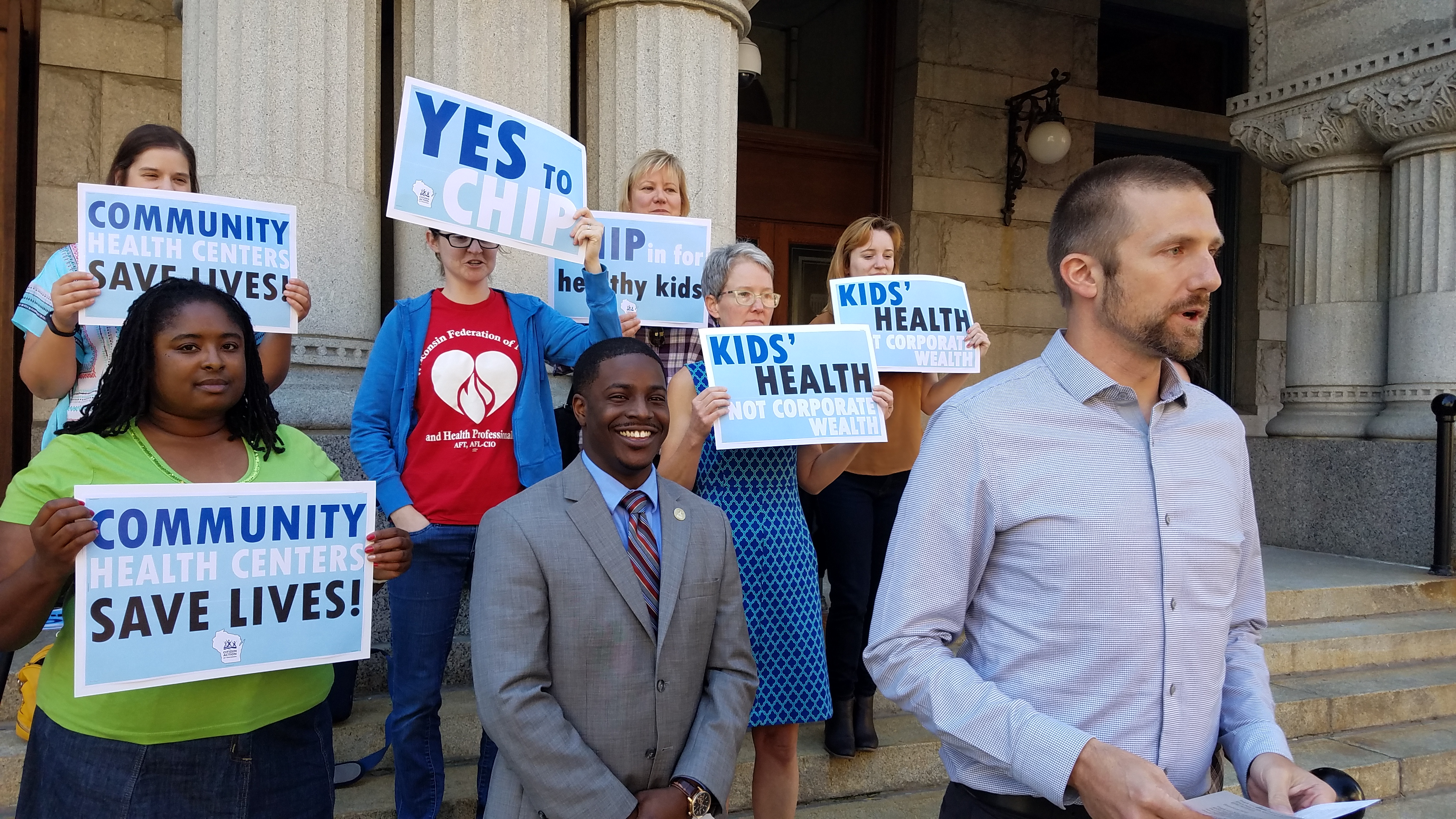 Members of Citizen Action of Wisconsin, along with State Rep. David Crowley and representatives from Schools and Communities United, held a press conference on the steps of Sen. Ron Johnson’s Milwaukee office Wednesday morning, in an effort to urge Congress to renew funding for two vital federal health programs: the Children’s Health Insurance Program (CHIP) and Community Health Centers.

Despite bipartisan support for both programs in the past, there has not yet been a vote to renew funding, despite an initial funding deadline expiring last Saturday, September 30th. Congress was scheduled to hold committee hearings for both programs today, but no vote has yet been scheduled in either the House or Senate, leaving their immediate future in doubt.

Wisconsin is home to numerous community health centers, including five in the Milwaukee area, including Sixteenth Street Community Health Centers on the South Side and Outreach and Progressive Community Health Centers on the North. CHIP is an extension of the popular BadgerCare program, and provides healthcare for approximately 171,000 children and pregnant women throughout Wisconsin.

Wisconsin would run out of funds for CHIP by April of next year, and the State Department of Health Services estimates failure to renew funding would result in a $134 million state budget hole between now and 2019, assuming eligibility levels remain unchanged.